The Most Important African Dog Breeds

While it may seem strange, there are a number of African dog breeds. There's no denying that when we think about Africa, we tend to think of all sorts of exotic animals. However, seldom do we ever bother to demystify that image. 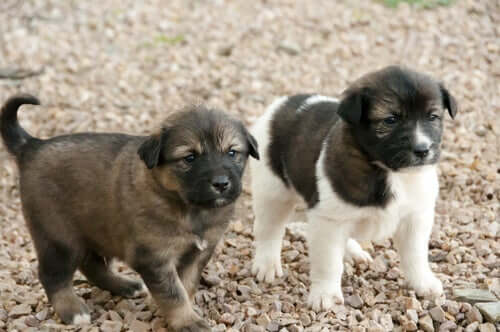 While it may seem strange, there are actually quite a few different African dog breeds. There’s no denying that when we think about Africa, we tend to imagine all sorts of exotic animals. However, seldom do we ever bother to demystify that image.

When it comes to African wildlife, we tend to imagine hyenas, lions, elephants, wildebeests, antelopes, etc. But what we often fail to realize is that there are often a number of different dogs that have been bred over time.

To help break down the stereotypes about African fauna, we want to tell you about the main African dog breeds. You’ll come to see that they come from a variety of diverse countries and possess truly attractive characteristics.

The most important African dog breeds

As we just mentioned, African dog breeds come from a wide range of origins… from the Egyptian deserts and the Moroccan Riff in the north and all the way down to South Africa. There are also dog breeds that we can find today in the middle of the African continent.

Take a look at the list below to discover more about African dog breeds:

This breed originates from the Democratic Republic of Congo in western Africa. Originally used for hunting and tracking, one of the main characteristics of these dogs is that they don’t bark. They do however emit a very particular sound, similar to yodeling.

The Basenji is ideal for adult homes. They are playful throughout their lives and, while somewhat mischievous as pups, are very obedient. They don’t like water and clean themselves the same way cats do. Basenjis, also known as African bush dogs, don’t shed their fur and need plenty of exercise. They come in three basic colors: red, black and mottled.

This breed, considered “the royal dog of Egypt”, is perhaps one of the most ancient breeds of domestic dogs. What’s more, they are direct descendants of the wolves of the Arabian Desert. They are the first link in the chain of sighthounds and were historically bred in the fertile valley where agriculture originated.

Held in high esteem by bedouins for their ability to hunt gazelles, Salukis are independent animals that require training. They are tall and have curled tails. Their coats can be white, beige, red, brown, or black.

This African dog breed gets its name from its coat, which looks similar to cotton. The Coton de Tulear comes from the province of Tulear in the southern part of the island of Madagascar. It has very soft white fur–though it also comes in black and copper colors. These canines have large eyes, short legs, and a curly tail. They weigh up to about 13 pounds and measure up to 12 inches at the withers.

Another one of the most important African dog breeds is the Azawakh. While it originates from Mali, you can also find it is Niger and Burkina Faso. It is a type of sighthound (galgo) and nomadic peoples traditionally used this breed as guardians or hunting dogs.

Azawakhs are tall (29 inches at the withers), thin (55 pounds), have a long head, and pointed snout. Their eyes are dark, their ears are triangular, and their tail is slender. This breed may be somewhat shy around strangers but very affectionate with its family. It gets along well with other dogs.

Also known as the Atlas Mountain Dog, this breed is native to Morocco. Berber shepherds have used the breed in the mountainous Atlas region from the time of its origins. This is a medium-sized dog with short, light-colored hair, medium ears, and a long tail.

Another African dog breed that originates in Morocco is the Sloughi. Also known as the Arabian Greyhound or the Sloughi Maghrebi, they live in Algeria, Tunisia, and Libya, in northern Africa. They may be relatives to the Azawakh but have no connection with the Saluki.

Sloughis have short hair, droopy ears, and a melancholy expression. Their eyes are brown and their coat can be black or beige. These dogs are sensitive, intelligent and very alert. They are loyal to their owners and full of energy.

Moving down to South Africa, we can find the short-haired, medium-sized Africanis breed. These dogs are muscular and can come in any color. Sometimes they have a small crest on their backs. As for their temperament, this breed is friendly, somewhat independent and very territorial. However, they are perfectly trainable.

Another dog breed from the south of the African continent is the Boerboel. The Boerboel is a type of mastiff, and come from a cross between the Great Dane, the Bullmastiff, and the extinct Bullenbeisser. The first Boerboels appeared around the year 1600.

Boerboels are ideal as guardians, for fishing and for personal defense. They can weigh up to 200 pounds and measure 30 inches at the withers. As for their coat, they come in tawny, tabby, reddish-brown and grey. They are obedient, trustworthy and playful, as well as bring affectionate with and protective of their owners.

The last of our African dog breeds is a guardian, hunter, and companion that originates from Zimbabwe. These canines are muscular, agile, and fast, and have short, dense and shiny hair. They also have a crest on their backs (thus their name). Rhodesian Ridgebacks are loyal, intelligent, standoffish with strangers, and require early training and socialization.

Now that you’ve discovered so many African dog breeds, have you changed what you used to think about different African animals? 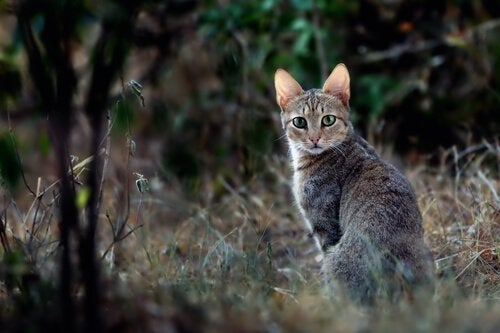