Group 3 Classification Breeds According to the FCI

According to the FCI, there are 10 groups of dog breeds - among them Herding, Sporting, Non-Sporting, Working, Hounds, and Toy breeds. Today we'll look at Group 3: Terriers. 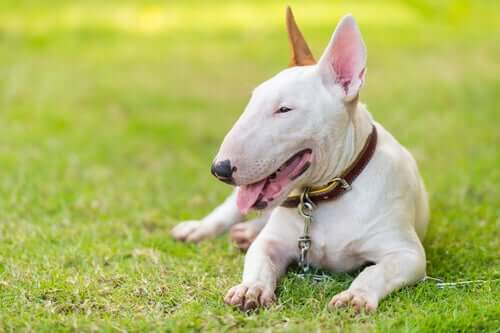 The Fédération Cynologique Internationale, or the FCI, is responsible for determining standards for each canine breed. What’s more, the federation classifies them according to their characteristics. In today’s article, we’ll tell you what breeds belong to the group 3 classification, which includes terriers (large, medium, bull-type, and companion terriers).

Within this subcategory, there are 15 different breeds. These include:

Medium in size, this breed is very playful and loves to have company. It adapts well to small spaces. Brazilian Terriers have round craniums, triangular ears, and large eyes that are dark in color. They also have long bodies and tri-colored hair that’s black, white and tan. They change their fur often, are very independent, and somewhat shy around strangers.

This Terrier has a long, rectangular snout, and a coat that’s completely tan in color. The Irish Terrier adapts well to any climate. As for its build, it’s very similar to the Fox Terrier. This dog is brave, easy to train, full of energy, daring, and happy. At the same time, Irish Terriers are affectionate and patient with children.

Among the 12 different breeds in this subcategory, the most famous are the following:

This breed is of British origin, and yet it was developed in Australia. It’s almost completely white–with some brown spots–and has a compact and agile body. This Terrier is quite resistant and strong despite its small build. Jack Russell Terriers have tough hair that’s resistant to water, and they may have thick whiskers and a beard. They are very lively, active, alert, intrepid, friendly, and brave. Keep in mind that they bark quite a lot and are very prone to digging.

The West Highland White Terrier was born in the Highlands of Scotland. Like other Terrier breeds, it is very brave and energetic. It prefers to be the only pet a family has and develops a very strong bond with its owners. West Highland White Terriers weigh a maximum of 22 pounds and have a tail in the shape of a carrot. Its body is completely white. These dogs need constant moderate exercise and are alert most of the time.

Better known as the “Scottie Dog”, this breed traces back to the Scottish Highlands in the 18th century. It’s an expert digger, small in size, quite resistant, fast, strong, and has a muscular body. This length of this dog’s snout is one of its most notable characteristics.

As for the temperament of Scottish Terriers, they are very territorial, alert, agile, and have a great sense of determination. What’s more, they are intelligent, playful, sure of themselves, and independent. At the same time, they can be affectionate and somewhat stubborn.

In this subcategory, there are only 4 breeds. Below we’ll mention the 2 most popular ones.

Of British origin, the Bull Terrier has a triangular face and small eyes, which are its trademark characteristics. It loves to play, is active, and is in no way related to the Pitbull Terrier from America. This breed was born after several crosses between the Dalmatian, Spanish Pointer, Whippet, Rough Collie, and Borzoi.

These dogs are fairly stubborn but usually obey orders. What’s more, they are strong, intelligent and quite territorial–especially the male specimens.

Also known as the Amstaff, this dog is similar to the American Pitbull Terrier. Its coat can be almost any color, and it has pronounced cheeks and a black nose. These canines have short tails that come to a fine point at the end. It’s normal for their ears to be cut. While some countries consider this breed to be potentially dangerous, these dogs are sociable, protective, and great guardians.

There are 3 breeds that belong to this subcategory. The most well known is the following:

This breed is the result of a mix between the Scottish and the English Terrier during the Industrial Revolution. This breeding took place in the city of Yorkshire–thus the breed’s name. This tiny companion dog was especially popular during the Victorian Era when it was one of the symbols of English Royalty.

These dogs are small in size–weighing up to only 15 pounds. But just the same, they possess all the same valor and tenacity of other terriers. They are prone to bark quite a lot, are easy to train (but require consistency) and need quite a bit of exercise. They have silky straight fur that can be brown, silver or black, and requires constant care.