Home » Breeds » The Brittany: A Friendly and Loyal Breed

The Brittany: A Friendly and Loyal Breed

The Brittany is a popular working breed, known for its great athleticism and stamina. Want to find out more? Take a look! 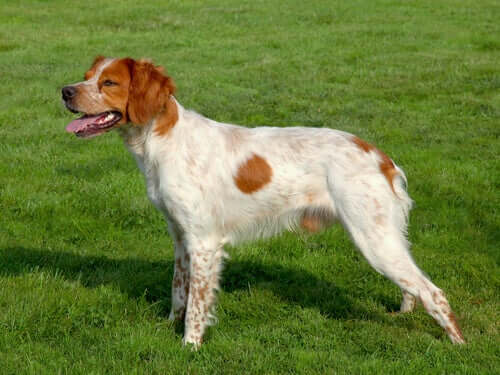 Thanks to its great intelligence and unwavering loyalty, the Brittany, also known as the Brittany Spaniel or French Brittany, is a very popular hunting dog. These energetic family dogs are popular with adults and children alike. In this article, we’ll tell you a bit more about this friendly and loyal breed.

The Brittany is a medium-sized breed. Friendly and energetic, they generally get on well with both people and other dogs. They’re highly intelligent animals, and love running around and spending quality time with their owners.

Some records suggest that the Brittany has been around for hundreds of years, perhaps dating as far back as the 15th Century. However, it wasn’t until the 19th Century that they started to look like the dog we know today. It’s believed that they are descended from a cross between English and French breeds.

The breed gets its name from the Brittany region in north-west France, where it’s believed the first Brittanys originated. They were bred with the idea of creating a hardy dog that could do the intense physical farm work typical of the region.

Like many breeds, their numbers fell during the Second World War as a result of the devastation that hit the European continent during the years of conflict. Fortunately the population recovered and today their numbers remain stable around the world.

The Brittany is characterized by the following physical characteristics:

The Brittany is a highly intelligent and playful breed. Their great curiosity and independence mean that they’re constantly moving and pushing their boundaries. As such, they require patient, experienced owners who know how to handle them.

They’re ideal for hunting fowl, as they love to retrieve objects and bring them back to their owners. If hunting isn’t really your thing, a frisbee or stick is a great substitute.

We would recommend getting Brittany puppies used to being brushed from a young age, as they can be restless and difficult to keep still. Similarly, it’s important to house-train them as soon as possible, as they can be fairly destructive when they’re young.

Brittanys don’t like being left alone. It’s best to give them a companion, such as another Brittany, or some other sociable breed. Loneliness can cause them great stress. In some cases, it may even cause them to wander off alone and get lost.

The Brittany is the ideal breed for large families living out in the countryside. Their great energy means they’re the ideal pets for children, and they adapt well to rural life. They can also help to keep certain pests away from your property.

In the city, with no open fields to run around in, they can feel trapped. However, if you do decide to keep one of these dogs in the city, the best thing to do is to go out cycling with them for at least one hour every day.

Any change in their behavior or sudden lethargy is a major warning sign. These are active dogs that are always exploring and investigating their surroundings, so it’s best to consult your vet if you notice any sudden changes.

The Brittany – care and health

Brittanys are generally fairly healthy animals, and their dense fur means they’re highly resistant to cold. In terms of care, however, they need constant training to stop them from developing unwanted habits and behavior.

They’re also prone to a number of genetic diseases, including hypothyroidism, hip and shoulder dysplasia, and epilepsy. These are some of the most serious conditions they can develop if not given the necessary care.

As for hygiene, we would recommend cleaning any folds in the skin where bacteria and fungi can build up. Similarly, it’s important to clean their legs and paws to remove any dirt, and keep an eye out for ticks and parasites.

Finally, you should brush their fur at least twice a week to remove any dead hair, and keep their coat shiny. You should also make sure to get their nails cut regularly by a professional, and brush their teeth once a day. 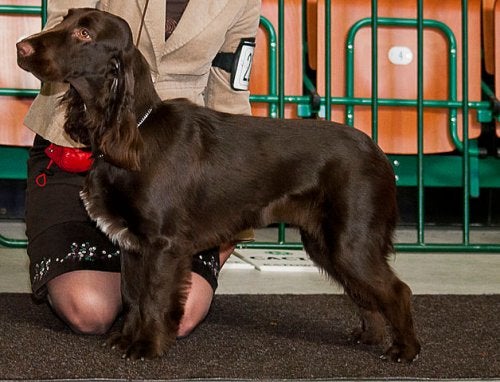 Field Spaniel
In this article you can learn about the Field Spaniel which is an English breed that could definitely be used as a hunting dog. Would you like to find out more about it? Read on! Read more »
Interesting Articles 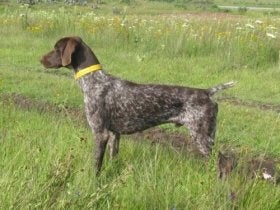