Home » Breeds » The Eight Largest Dog Breeds in the World

The Eight Largest Dog Breeds in the World

The largest dog breeds in the world can reach a height of about 2 feet 6 inches. And some dogs can also weigh over 200 pounds. The Great Dane breed holds the record for the tallest dog, while the English Mastiff is the heaviest of all dog breeds. 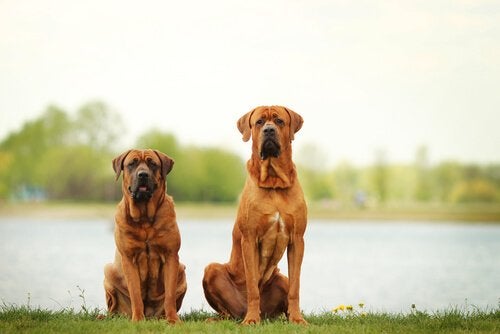 There are many types of dog out there. We could categorize them by breeds, type of hair, colors, coat patterns, size, etc. But, today we’d like to tell you about the largest dog breeds in the world. Those “giants” who are nearly the size of horses (yes, I’m aware that’s an exaggeration) and who leave a huge impression on you after you meet them but who are, in fact, just a harmless sweetie trapped in a huge body.

These majestic, handsome dogs are happy-go-lucky creatures who get along with almost everyone they meet. They do, however, often inspire fear or respect when you’re in front of them, depending on your perspective. Here are the 8 largest dog breeds in the world:

The eight largest dog breeds in the world

This may be the best known among the largest dog breeds in the world. In fact, it’s the tallest one of all. It can reach about 2 feet 6 inches in height and weigh around 130 pounds. This breed is ideal as a guard dog mainly because its size alone is deterrent enough for thieves and criminals who wouldn’t dream of upsetting them.

There are some entries about this dog breed in the Guinness Book of Records for a specimen who measures 3 feet 10 inches and weighs 245 pounds. Now that’s a giant doggie!

You might remember this breed because of the adorable Beethoven who was the star of the movie of the same name. This dog isn’t only known for its large size, but also because it’s a great search and rescue dog in particularly difficult situations that may arise in snowy mountains.

Despite his size, his face reflects a rather kind and sweet expression. Because of that, they inspire warm and fuzzy feelings inside of you and a desire to play games with them all day long to then fall asleep exhausted on top of them. Of course, this dog breed requires a large home and an active exercise routine.

In addition, they need a very strong owner due to their size. Before you adopt one, keep in mind that they’ll require large amounts of food and daily brushing. In short, if you want one of these dogs, be prepared to spend a lot of time and money on them. Get a plastic goldfish if you have neither!

These dogs are heavy and stocky. Their face has the appearance of a giant star pie and they’re excellent guard dogs. Often measuring about 2 feet 4 inches and reaching a weight of 132 pounds, they can easily eat at least 3 pounds of food per day.

This is a breed of German origin, whose coat is mostly brown, with a black face that is characteristic of this breed. They weigh around 165 pounds and reach a height of about 2.6 feet. These dogs are pretty laid back but they do require at least one daily brushing.

Note that they don’t like to be alone and hate being restrained a lot more than other breeds. Before you think of adopting one of these make sure you have the space requirements that will allow them to live freely.

Imposing, elegant and regal – this breed is the result of a mix between an English Mastiff and an English bulldog. Their face is a lot darker than the rest of their coat. They’re moderately active and are loyal to all family members – this isn’t a dog who can have a single master.

Their common height is between 2 feet and 2 feet 3 inches and they weigh between 110 and 130 pounds. Anyone who adopts one of these should be wary of the dog’s diet as they have a tendency to obesity.

This breed could easily reach a weight of about 220 pounds and a height of at least 2 feet. It’s a loyal and chilled-out dog, suitable for households with children as they have the patience to endure the tricks of their little friends. Also, they easily adapt to other dogs as long as you socialize them well.

These dogs will need a mentor who can dedicate plenty of time to them and their training, because they’ll become aggressive if not properly socialized.

This is a large breed of Canadian origin. They have a great personality and are fairly easy to train. They commonly weigh about 155 pounds and reach a height between 2 to 2 feet 8 inches. These dogs are great lifeguards due to their innate swimming ability. They’re very loyal, kind, pleasant and amiable, and pretty much any other word that’s a synonym of good-natured.

These dogs like company and hate being locked up. So, a big family who lives in a wide and open space is ideal for them. Note that, if not properly trained and socialized, they can become dominant and destructive.

This breed is a mix of a mastiff and a bulldog. These dogs have a keen sense of smell and are very strong. They were used for hunting and have also been guard dogs, cattle dogs, and hunting dogs for tracking and controlling livestock.

Also, when slavery was still legal in Brazil in the 18th century, this breed tracked and returned fugitive slaves without harming them at all. They weigh around 110 pounds and reach a height of about around 2 feet 4 inches.

These dogs will become aggressive if they feel threatened. For that reason, they’ll need a good pack leader who can keep them in line. 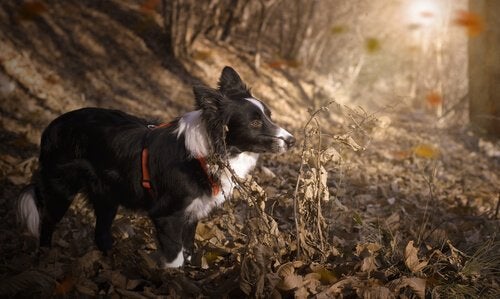 10 of the Most Athletic Dog Breeds in the World
If you're into fitness and you're thinking of adopting a dog, here you'll find the 10 most athletic dog breeds that'd make the perfect exercise partner.  Read more »
Interesting Articles