Home » Breeds » The Pembroke Welsh Corgi: Everything You Need to Know

The Pembroke Welsh Corgi: Everything You Need to Know

Beloved by Queen Elizabeth II and famous the world over, the Pembroke Welsh Corgi is one of the Britain's most distinctive breeds. 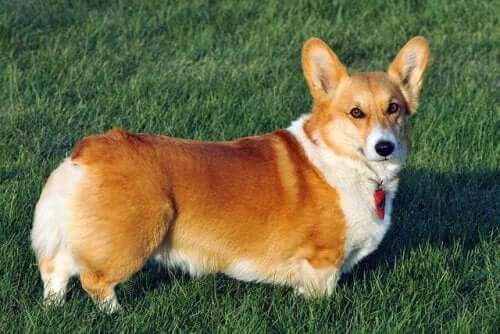 How many different dog breeds do you know? Probably not as many as you think! Today, we want to tell you about a very special breed: the Pembroke Welsh Corgi. With their great intelligence and wonderful personalities, these little dogs never fail to surprise us. Ready to learn more?

Everything you need to know about the Pembroke Welsh Corgi

The Pembroke Welsh Corgi is a small breed that was originally bred as a cattle herder.

The Corgi originates from Great Britain, and is often confused with its close relative, the Cardigan Welsh Corgi. Both breeds descend from dogs brought to Wales by the Vikings in the 9th century.

The Corgi is one of the UK’s oldest breeds. While there is some debate around when exactly they first arrived on Welsh soil, most experts agree that it was most likely to be during the 9th or 10th century.

After arriving in Wales, many Corgis settled in the county of Pembrokeshire, where they were commonly used as cattle herders and sheepdogs. For many people, the idea of a Corgi herding cattle may seem a little strange. Most people think of herding dogs as large, athletic-looking breeds – the complete opposite of the Corgi. Nevertheless, the little Corgi was highly valued for its herding prowess.

Up until the 1930s, the Pembroke and the Cardigan Welsh Corgi were commonly interbred. It wasn’t until 1934 that breeders decided that the two should be viewed as separate, and both were officially recognized by the Kennel Club later that year.

The Pembroke Welsh Corgi is a small breed with short, stocky legs. They can measure anywhere between 6 and 14″ at the shoulder, and usually weigh around 22-55 lbs, depending on their size.

The first things you’ll notice when you see a Corgi are its short legs and large pointed ears. Its ears seem almost too big for its little body, giving it a sweet, almost comical appearance.

Despite their cuddly, laid-back appearance, Corgis are extremely active and intelligent animals. Loyal, affectionate and patient, these little dogs are perfect for families with young children.

Corgis rarely bark, making them ideal for those who have lots of neighbors close-by. They also continue to be a popular choice for farmers, who use often use them as sheepdogs and guard dogs.

Caring for a Pembroke Welsh Corgi

Though they may be small, Corgis are extremely active dogs and need plenty of exercise. If your house is a little on the small size, the amount of exercise they do may decrease significantly, so it’s important to tailor their diet to match. Corgis are prone to obesity, which can quickly lead to a number of other health issues.

They will also need regular grooming. While this shouldn’t be too difficult, it’s important to remove any dead hair.

Corgis can suffer from a number of health issues as they get older, including hip dysplasia, cataracts, retinal dysplasia, and Von Willebrand disease.

Whether you live in the country or the city, the Pembroke Welsh Corgi is the ideal pet. Intelligent and affectionate, these little dogs will fill your days with love and joy.

Welsh Corgi: Meet This Cute Dog Breed
The Welsh Corgi, which means "dwarf dog" in Celtic, is a breed from the United Kingdom. Some say it goes all the way back to the Visigoths. Read more »
Interesting Articles