Europe has a prolific paleontological tradition, through which countless species of dinosaurs have been discovered. As a result, many of the modern discoveries come from other areas that haven't yet been exploited as much. 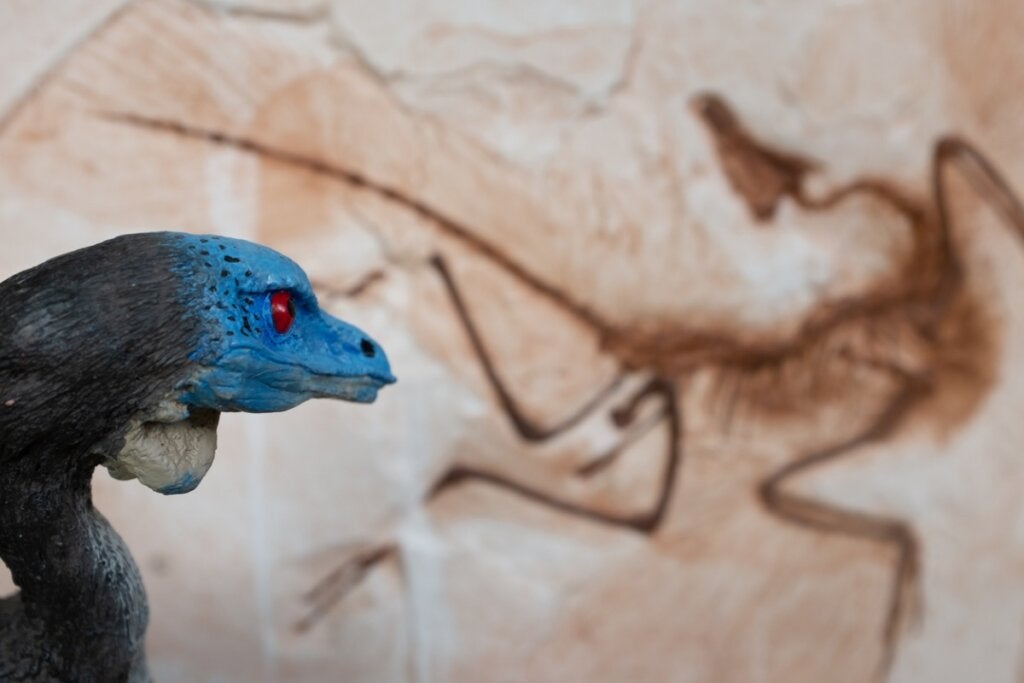 Paleontology, the scientific study of past life forms, began on the European continent. As the cradle of this science, Europe has a rich paleontological tradition that extends to the present day. Many of the great discoveries in this area of knowledge have occurred in Europe, including various species of dinosaurs.

It should be noted that, when these enormous creatures dominated the planet, the continents weren’t shaped like they are today. Instead, they were fused to a greater or lesser extent – depending on the time – and formed supercontinents.

Although Europe as such didn’t exist, numerous species of dinosaurs inhabited the lands that today belong to this continent and have left fossil remains to prove it. In this space, we’ll tell you about some of these species.

The most incredible dinosaurs from Europe

From large carnivores to armored quadrupeds, paleontologists have found a huge variety of European dinosaurs. In the following lines we’ll talk about them.

This fearsome theropod stands out for its huge claws and its elongated head, similar to that of a crocodile. As its appearance indicates, it’s a close relative of the famous Spinosaurus. Unlike that dinosaur, Baryonyx had no crest and didn’t have such drastic adaptations to semi-aquatic life.

Despite this, this dinosaur also lived near water and fed mainly on fish and other aquatic creatures. It’s possible that this way of life was common among spinosaurids.

The remains of Baryonyx have been found in the current territories of Spain and the United Kingdom. Also, this animal lived during the early Cretaceous, 125 million years ago.

This small feathered dinosaur inhabited present-day Germany 147 million years ago, during the late Jurassic. It was about the size of a crow and its discovery was one of the most important in the history of paleontology.

This animal clearly showed characteristics of birds and others that were typical of dinosaurs. Therefore, it was crucial in determining the connection between the two. After Archeopteryx, many other subsequent discoveries have led some scientists to believe that birds are actually small, flying dinosaurs that never became extinct.

The great Iguanodon was the second dinosaur to be described by science, after the Megalosaurus. Therefore, their interpretation has changed radically over the years, as scientific perception of dinosaurs has improved.

Iguanodon belonged to the order of the ornithischians. As such, their diet was mainly herbivorous and their gait was usually quadruped, although perhaps these reptiles could stand up on 2 legs to run.

This dinosaur could have been very widely distributed, as it has been found in Spain, Belgium, England, France, and other countries outside of Europe.

This is another herbivorous dinosaur that was widely distributed across Europe. Fossils assigned to this animal have been found in France, Germany, Switzerland, Norway and Greenland. Plateosaurus scoured these countries in search of plants to devour during the late Triassic, about 214 million years ago.

Plateosaurus is one of the ancestors of another important group of herbivorous dinosaurs, the sauropods, which reached the largest sizes of any land animal. Although Plateosaurus was bipedal, its relationship with sauropods can be sensed thanks to its abnormally long neck and small head.

Europelta inhabited present-day Spain 112 million years ago, during the early Cretaceous. It was discovered in the province of Teruel, belonging to Aragon, in 2011. This animal is the most complete ankylosaur that has been found in all of Europe.

Like the rest of ankylosaurs, Europelta was a robust, quadruped, and herbivorous reptile. It didn’t have the mace at the end of the tail that characterizes some of its relatives, but it was heavily armored. The estimated length of this animal is 5 meters (16 feet) and it weighs about 2 tons.

This small theropod was considered the smallest dinosaur for many years, until later discoveries took the title from it. Its approximate weight is 3 kilos (6.6 lbs) and its length between 90 and 125 centimeters (3 to 4 feet)

The diet of Compsognathus is known for sure, thanks to the fact that remains of small lizards have been found in the stomach of several specimens. This is a rare finding since the dinosaurs’ diet can usually only be estimated by analyzing teething or other adaptations.

Although dinosaurs could have originated in the southern hemisphere, they quickly colonized the rest of the world and gave rise to a multitude of species. The dinosaurs of Europe have had a very important role in paleontology, since many of them were among the first to be studied.

Places to See Dinosaurs: 5 of the Best
All across the world there are incredible places to see dinosaurs. Here are five of some of the best, and they're fun for the whole family! Read more »
Link copied!
Interesting Articles
Amphibians
4 Species of Poisonous Toads