Like humans, dogs can also suffer from obsessive compulsive disorder. Identifying the condition is the first step toward recovery. 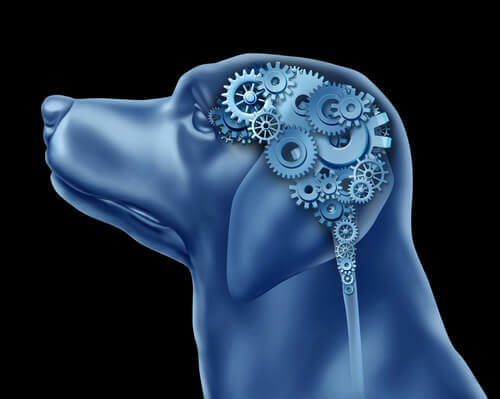 There are many different types of obsessive-compulsive disorder, especially when it comes to mammals. In fact, dogs can also be affected by this debilitating condition.

In animals, periods of extreme stress can trigger OCD. However, many owners inadvertently encourage their dogs to develop OCD traits, praising them or giving them attention as a reward for repetitive behavior.

Dogs may also inherit a certain genetic predisposition toward obsessive-compulsive disorder. Cocker spaniels, for example, have a tendency to become possessive over certain objects, or over their own personal space.

Yes, dogs can display a number of obsessive traits. The most common include spinning in circles, chasing their own tail, chasing lights and shadows, licking the walls, guarding objects, and sucking on their toys or blankets.

Other obsessive compulsive behaviors include hallucinating (such as biting at flies), eating non-nutritive items, such as dirt, rocks or feces, rocking or swaying, and staring into space. Some dogs may also act aggressively toward others.

In serious cases, dogs may start to self-mutilate and destroy objects around the house – behavior often associated with separation anxiety. In this blog post, we want to take a look at obsessive behavior in more detail:

Bull terriers, especially English Bull Terriers, have a particular tendency toward this behavior. However, they aren’t the only breed to suffer from the disorder.

Recent studies suggest that tail-chasing, specifically in Bull Terriers, may be a form of autism. A study carried out in 2011 by Moon-Fanelli et al. found that the compulsion to chase their own tail is more prevalent in males. They also concluded that it appeared to be linked to a trance-like state and episodes of aggression.

These findings, along with a tendency toward phobias, lead experts to conclude that tail chasing may be a form of canine autism.

However, it’s important to point out that these conclusions aren’t definitive. The same study also noted that this disorder may be related to a condition known as Fragile X Syndrome.

It’s important to mention that there are canine afflictions, such as anxiety and pain disorders, which are hard to diagnose, and which can cause similar symptoms to those associated with autism.

As such, in the case of breeds such as bull terriers, the most that vets and owners can say at this stage is that a dog “might have autism”.

For a vet to provisionally diagnose a dog with autism, it must display atypical repetitive behavior, and a certain degree of impairment in social interactions with people and other dogs. That said, they will first have to rule out other conditions which may be responsible for these symptoms.

Possessively guarding an object is a dog’s way of protecting a “resource”. This “resource” might be food, a toy or other object, or even its owner.

In the wild, this behavior helps ensure that the animal won’t lose a valuable “resource” to rivals. It can manifest itself in many different ways, and owners are often unaware that their pets are guarding an object until the behavior becomes more obvious.

Defensive behavior can quickly turn to aggression. In fact, defensiveness and aggression can often look fairly similar. If a dog is afraid, it may try to flee, only resorting to active aggression if its attempt to flee fails.

Genetics can also be a trigger for this kind of behavior. For example, it is particularly common in Cocker Spaniels.

This type of behavior is often initially caused by an allergy or injury to the paw or leg. Over time, however, psychological problems such as anxiety can lead to obsessive paw licking or chewing.

Boredom, stress, inactivity and allergies can trigger an episode of obsessive licking. Constant licking releases endorphins in the brain, helping to create feelings of calm and well-being. In some cases, a dog will obsessively repeat this behavior in order to obtain that rush of endorphins and reduce anxiety.

The important thing is to try to identify the trigger so that you can treat the underlying cause.

4. Obsession with light and shadows

This is a classic symptom of OCD. It can be caused by a variety of different stimuli, but the most common are actually created by the owners themselves. It often starts by accident, when someone turns on a light and causes lights or shadows to move across the room.

The dog reacts, following the movement of lights and shadows. The owner finds it amusing, and encourages the dog to repeat the behavior again and again. And that’s really all it takes. The dog has begun to develop shadow and light chasing OCD.

There are a number of other situations which can provoke this kind of behavior in dogs. For example, it is often seen in those that are left alone for long periods of time. Blinds or curtains ripple gently throughout the day, causing changes in the light as it shines into the room. With nothing else to do, the dog may enjoy following the light as it moves.

Once again, this action produces endorphins, leading to the development of OCD. Border collies are particularly prone to this behavior, although other herding breeds can also succumb to this light or shadow stimulation.

While OCD isn’t always caused by classic separation anxiety, it can be triggered by long absences. Experts believe that it may also be related to the development of canine dementia or Alzheimer’s.

While there are treatments for this kind of behavior, a cure isn’t always possible. Vets often use seratonin to treat dogs with OCD, as well as noise aversion therapy to help break the cycle of obsessive compulsive behavior.

Compulsive Disorders and Manias in Dogs
Compulsive disorders and manias in dogs are among the most frequent behavioral disturbances in pets. They consist of clinical patterns where the animal loses its ability to control its emotions, which instead they are expressed through certain obsessive behaviors. Read more »
Link copied!
Interesting Articles
Mental Health
What If Your Cat Sleeps in the Litter Box?