Nighttime restlessness in dogs is common but you should definitely pay attention to their behavior to try to find the most effective measure. 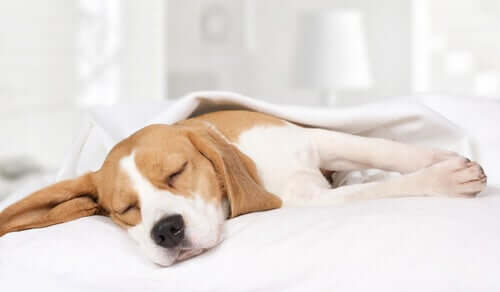 Nightly rest is important for you and everyone else, including your pets. So, if you notice nighttime restlessness in your dog they’re not only disturbing you but, most likely, everyone who sleeps under the same roof as you both.

It’s quite usual in the world of dogs, even domesticated ones, for them to sleep for eight to nine hours at night. That’s usually all they need to start a new day full of energy.

However, they’ll still probably take several naps during the rest of the day. At least this is how a healthy and balanced dog will behave. Otherwise, their personality and health will suffer.

The one thing that can become a problem is to allow your pet to sleep in the same room as you. This is because they’ll soon get used to it and it’ll be a hard habit to break – mainly if one fine day you decide you’d like to sleep by yourself because the animal is keeping you up at night.

If you’ve just adopted a grown dog or a puppy, it’s quite normal for them to have a hard time sleeping all night. They’ll most likely want to get your attention, either out of boredom or because they need to do their business.

Dogs sleep up to 20 hours a day and they do so in short intervals. For this reason, new pets will have to adapt to your pace of life. They’ll probably be too excited to sleep all night during the first days.

Other reasons for nighttime restlessness

Obviously, each breed of dog reacts differently to different stimuli and you must remain patient. Always take positive measures with the animal and reward desirable behavior. For instance, if you act negatively and lock them up in a room where they don’t want to be, it’ll be harder for you both to get some sleep. Also, they’ll make a negative connection with it.

Follow this advice and you and your dog will be more at ease. Keep in mind that proper sleep is essential for you both. 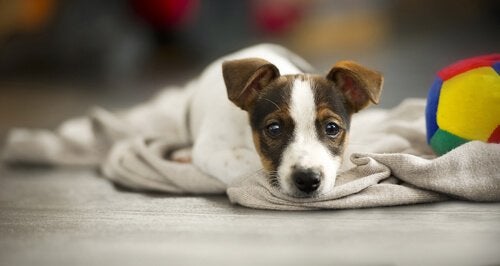 How to Tell When a Dog is Telling You Something is Wrong
Is it possible to understand dogs based on their body language and signals?  Read more »
Interesting Articles 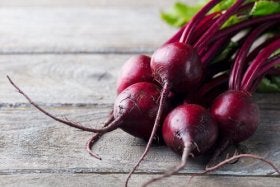 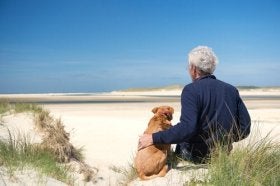 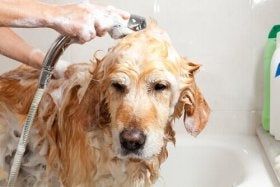 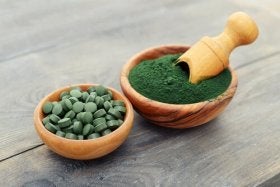 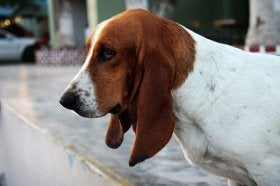 When our pets reach a certain age, it’s normal that some of their senses begin to deteriorate. In the case of senior dogs, you should know that they can carry on with their lives normally. They may just require a…