Problems with the cardiovascular system are common in dogs, especially when it comes to smaller breeds and older animals. 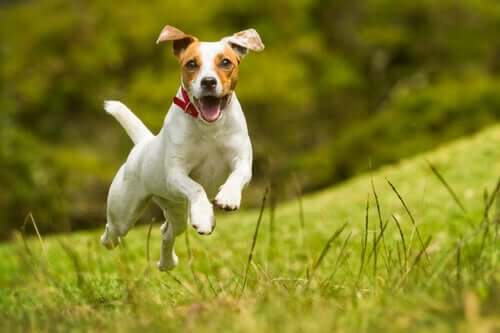 Among the many problems that can affect the cardiovascular system in dogs, congestive heart failure (CHF) is one of the most serious. This condition occurs when the heart is unable to pump a sufficient amount of blood to the rest of the body.

CHF causes the blood to “back up” within the circulatory system, causing fluid to build-up in the animal’s organs and tissues. As fluid continues to accumulate, it slowly starts to obstruct the lungs and heart. Breathing gradually becomes more difficult, decreasing the amount of oxygen in the blood.

You might notice your dog’s breathing becoming faster and shallower, as they attempt to get enough air. A dog with fluid in the lungs may also have a persistent cough, appear weak, and will no longer be able to exercise.

Congestive heart failure is more of a condition than a disease. It often occurs during the later stages of serious cardiac diseases.

How common are cardiovascular diseases in dogs?

Heart disease, as a general term, encompasses a number of fairly common canine illnesses which affect the cardiovascular system. Let’s start by taking a look at the three most common cardiac anomalies:

Diet and the cardiovascular system

How a vet will treat CHF will depend on two main factors: how advanced the condition is, and the type of heart disease involved. However, diet is also an important factor.

Dogs with CHF tend to lose a lot of weight. More specifically, they may develop a condition known as cardiac cachexia, in which the body uses up all its muscle and fat reserves.

Cardiac cachexia has a number of different causes, including loss of appetite, poor absorption of nutrients, and the effects of the medication prescribed for dogs with CHF. When choosing pet food specifically designed for dogs with CHF, the first thing you need to look for is palatability.

If your dog doesn’t like its food, it probably won’t eat enough to avoid cardiac cachexia.

Though most people dislike the taste of cod liver oil, dogs love it.

Which are the most important nutrients for dogs with cardiac issues?

There are several nutrients which are important for improving a dog’s cardiovascular system, including sodium, taurine, L-carnitine, fatty acids and antioxidants.

Omega-3 is just one type of essential fatty acid (EFA). They are classified as essential because they can’t be synthesized within the body, and must be obtained through diet. Dogs and cats need several types of fatty acids, including Omega-3 and Omega-6.

Omega 3 fatty acids are recommended for dogs with heart conditions for a number of reasons. Firstly, they help to reduce inflammatory proteins known as cytokines. Studies have also shown supplementing your pet’s diet with Omega-3 can improve appetite, and reduce muscle loss in dogs suffering from cardiac failure.

The best sources of omega-3 fatty acids are fish, marine algae, and molluscs such as green-lipped mussels. Fish oil is often the most popular source of fatty acids, in particular cod liver oil.

Free radicals are normally responsible for cellular metabolism and the aging process. When there are too many free radicals, however, they can cause pain and disease.

Antioxidants, including Vitamin C and E, can help to neutralize the free radicals and, in turn, limit the amount of damage they can do.

Experts have discovered that dogs with dilated cardiomyopathy or mitral valve disease produce too many free radicals. As such, they recommend giving antioxidant supplements such as Vitamin C and E to dogs with cardiac disease.

However, it’s important to highlight that giving your pet an excessive amount of vitamins will cause them to build up in the liver, doing more harm than good. The dosage of any supplement should be carefully monitored by your vet.

It also contains essential fatty acids such as Omega-3. Supplementing a dog’s diet with Omega-3 – in the form of cod liver oil – can reduce the production of inflammatory cytokines. As we’ve already mentioned, it can improve appetite, and help to reduce the loss of body mass in animals with heart failure.

The first step to determining the ideal diet for a dog with cardiovascular failure is to establish – together with your vet – any other medical conditions your pet might have.

Omega-3 fatty acids seem to have many potential benefits for dogs suffering from heart disease. The dosage Omega-3 must be carefully prescribed by a vet, and specifically tailored to each individual patient. 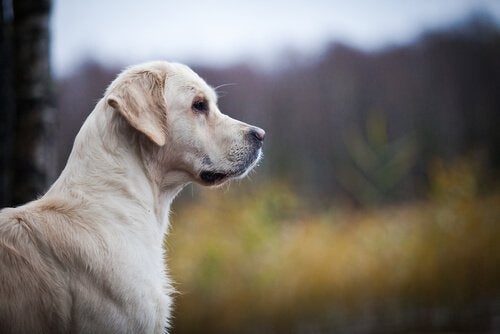 How to Recognize Heart Disease in Dogs
Dogs can suffer from heart disease just like humans can, and in this article we'll be looking at how you can prevent it from happening. Read more »
Interesting Articles