How to Strengthen a Cat's Immune System

There is no miracle formula to strengthen a cat's immune system but there are many things you can do to improve it. 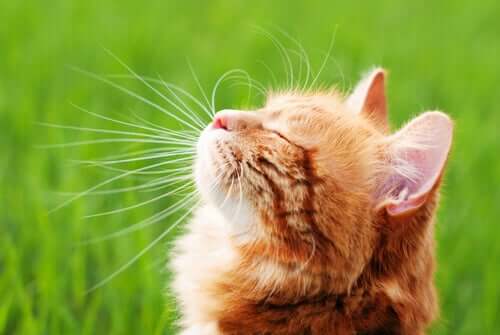 Felines are rather jumpy animals and they often develop many stress-related problems. Even some of the diseases that they naturally carry are due to stress. As you can see, stress directly affects a cat’s immune system and worsens any condition they might have.

The immune system contains organs such as the thymus, the lymph nodes, bone marrow, the spleen, and the liver. These either generate or store white blood cells, antibodies and other substances that slow down the proliferation of bacteria and viruses. And they also catch and eliminate toxic substances.

Thus, keeping a cat’s immune system healthy is essential for their well-being. When it fails in some way, as can happen with some viral diseases, the animal could get sick and die.

Some feline illnesses directly damage the immune system, while others aggravate it when compromised for any reason.

FIV is a disease caused by a virus from the retrovirus family. It isn’t clear how it affects a cat’s immune system but scientists do know that the ratio of two types of lymphocytes, CD4 + and CD8 +, varies.

After acquiring the infection, there’s a phase in which the cat shows symptoms common to any other viral infection such as fever, vomiting, and diarrhea. And, after this period, the cat can be a symptomless carrier for up to four years.

After this time, symptoms similar to AIDS in humans begin to appear and, if the animal survives, they’ll have multi-organ secondary infections until the day they die.

The feline leukemia virus or FeLV is responsible for the appearance of neoplasms or tumors. It suppresses the activity of the bone marrow and the immune system in general. This greatly decreases a cat’s defenses. The symptomatology of this disease is rather varied but t will lead to various types of cancer.

Feline infectious peritonitis is due to feline coronavirus (FCoV). This virus lodges in the intestine and manifests as diarrhea and other derived symptoms. However, for some reason that’s still unknown, the virus seems to mutate and enter some of the cells of the immune system, such as the macrophages and monocytes.

These spread the virus throughout the body and create a systemic disease that can end a cat’s life in less than a month and in as little as 24 hours.

There are some factors you can control in order to keep your feline’s immune system from degrading despite the pathologies that directly attack it.

Feed them high-quality food only

Ideally, feed the cat raw meat or home-cooked meals. It’s true that the price of this diet and the time it requires won’t make it easy. So, you may also feed your cat with high-quality and properly processed canned food.

To do this, you must read the labels and make sure they don’t contain additives and preservatives. Keep in mind that the appearance of the food doesn’t matter because the food industry is an old hand at creating overly processed goods that look like the real thing. Similarly, look at the analytical components and make sure it contains a good amount of antioxidants, amino acids, and omega-3.

Use food supplements for a cat’s immune system

You might want to include some dietary supplements if the cat is already sick or older. There are many of them on the market that are suitable for different purposes according to the cat’s needs. They could be particularly helpful during certain seasons, such as winter.

Vaccination may not be as necessary if your cat doesn’t go out and isn’t in contact with other animals, but of course, run it by your veterinarian before you decide to skip them. There are times when cats develop tumors in the parts where they got the shot. But, even if you opt not to vaccinate your animal, you must take your cat for a medical checkup at least once a year.

Prevent your cat from becoming obese

As with humans, obesity can wreak havoc on a cat’s immune system and thus in their health. Create a rich and stimulating environment where they can play and be active. You could even consider adopting a second cat. Whatever you do, start by not overfeeding them and maintain rigorous control over their body weight.

As we mentioned at the beginning of the article, stress is a cat’s worst enemy. Felines are extremely sensitive animals that are constantly alert — even if they don’t seem to be.

Any major changes at home, like excessive handling, loud noises, an absent owner, added to many other factors, can really stress out a cat. This condition will negatively impact the animal’s health and they may even develop diseases that were already latent in them.

Lameness in Cats: Common Causes and Treatment
Lameness in cats can be caused by range of different conditions that affect the joints, muscles, bones, nerves or even skin. Find out more in this article. Read more »
Link copied!
Interesting Articles
Oral Hygiene
Caring for Your Cat's Teeth: How and Why