Ascariasis in Cats and Dogs

The parasites which cause ascariasis in cats and dogs can be more dangerous than you think. They can even lead to death if left untreated. 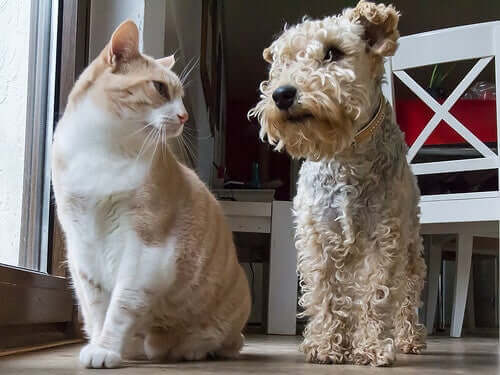 Ascariasis in cats and dogs is suffered by about 40% of these animals, and timely treatment is vital to prevent further health complications.

As with many diseases, this condition is much more serious for puppies and kittens and can even lead to death if left untreated.

In order to diagnose ascariasis, an analysis of their feces will be necessary, so it’s essential that you go to the vet if you have any suspicions – the sooner the better.

The same applies if you suspect an infection. Early treatment is really important to avoid the infection spreading.

What is ascariasis in cats and dogs?

First of all, ascariasis is caused by two parasites, toxocara and toxoascaris leonina, which live in the animal’s small intestine.

It turns out that the parasite’s eggs are discarded in the dog or cat’s feces. However, these eggs mature and transform into larvae.

This means that the usual way that dogs are infected is through ingesting fecal matter, either by mistake or getting their legs dirty unintentionally.

Once inside the animal’s body, the larvae are released. They then travel to the liver through the bloodstream and pass through the lungs. Then they reach the trachea, continue down the esophagus, and end up in the stomach. Finally, they settle in the intestine, where they mature into adult worms.

What are the symptoms of ascariasis

The symptoms of ascariasis in cats and dogs are mainly coughs and diarrhea. They will also suffer from bloating and abdominal pain, weight loss, and growth problems.

In some cases, the situation may also be complicated by respiratory infections like pneumonia. Other animals have even developed gastroenteritis as a result of ascariasis.

As well as these respiratory infections, other serious conditions relating to this disease can include intestinal obstructions.

It goes without saying that if you noticed any of the above symptoms, you need to go straight to a specialist, who will determine the problem with a fecal examination. Depending on the results and a physical checkup, blood tests will be used if necessary.

How people can get infected

Ascariasis is common in rural areas or where there is a lot of land. Amongst other things, this is because they’re the places cats and dogs like to defecate.

This means that children between the ages of two and five are more likely to become infected due to ingesting fecal matter contained in the soil.

Just like with dogs, the larva travels through the person’s bloodstream and affects their organs. During the first phase of the disease, there are no obvious symptoms. But as the larva progresses things become more obvious.

In reality, the symptoms for people are very similar to those for animals – a cough, diarrhea, bloating, and growth problems.

How to prevent ascariasis in cats and dogs

It’s really important to stick to your pet’s deworming schedule. It’s also very important to remember to groom your dog after each walk.

Another form of prevention is to control their contact with other animals, especially if they don’t have owners, which means keeping your dog on a lead wherever necessary.

It’s also a good idea to avoid walking your dog within children’s play areas. It’s vital to take maximum precautions with the little ones. For example, it’s important that they wash their hands well after being in contact with a dog. 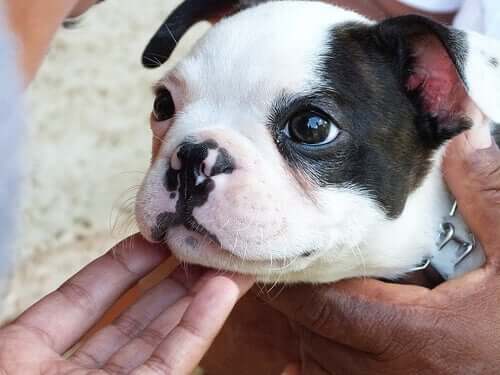 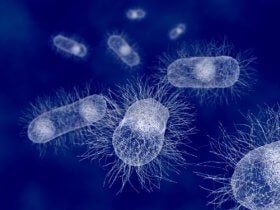