What Is Bacteriophage Phi29?

Almost everyone has had a virus a some point, but have you ever heard about viruses that infect bacteria? In this article, we'll tell you all about bacteriophage phi29. 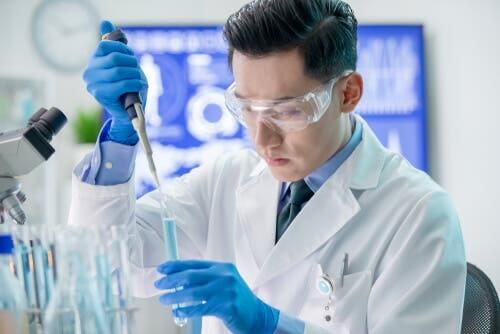 Margarita Salas was a Spanish biochemist who received the European Inventor Award in 2019. She dedicated most of her scientific career to the study of a bacteriophage virus called phi29. Today, this virus has significant biotechnological applications.

To give you a better idea of what this virus is, we’ll explain the word bacteriophage. This word comes from a combination of “bacteria” and “phage.” Phage means “to eat” in Greek. So we’re basically talking about viruses that “eat” bacteria.

In this article, we’ll tell you in the simplest way possible all about Salas’ great discovery and its usefulness in the world of research.

The structure of a virus

A virus is a microscopic agent that can infect many organisms, such as animals, plants, fungi, and bacteria. Viruses don’t have their own entity. This means that they depend on other cells to reproduce. As a result, they’re considered a type of parasite.

The term bacteriophage and its importance

The importance of bacteriophages comes from their ability to decrease the population of certain bacteria.

Researchers have used bacteriophages since the 1920s. During this time, a microbiologist named Felix d’Herelle gave a phage to a 12-year-old boy to treat dysentery. The child recovered within a few days. Then, in 1921, Doctors Richard Bruynoghe and Joseph Maisin treated a skin disease called Staphylococcus with bacteriophages. The treated patients improved in 24 to 48 hours. Doctors have also used phages to treat thousands of people with cholera or bubonic plague.

Currently, the food industry uses phage therapy to control E. coli. Doctors also use this therapy to treat infectious diseases, peritoneal diseases, and swimmer’s ear. They also use it to eliminate certain bacteria in people suffering from cystic fibrosis.

Margarita Salas, a graduate in biochemistry, was one of the greatest scientists in Spain. Salas worked closely with Severo Ochoa, who won a Nobel Prize in Medicine. The two worked closely together in the United States. Ochoa spent 45 years studying bacteriophage phi29 during the 1960s. He relied on three characteristics of this unique phage during his studies:

Phage phi29 is a lytic virus belonging to the family Podoviridae. It’s made up of double-stranded DNA molecules. Additionally, it infects a type of bacteria called Bacillus subtilis and other bacteria from the Bacillus genus.

Many experts consider this bacteriophage to be a model for the study of molecular biology. It’s a model for understanding the control of gene expression and different biological mechanisms, such as DNA replication.

So what does that mean? Let’s break this down. Enzymes are proteins that accelerate chemical reactions – the kinds that occur in all organisms. For example, in this case, DNA polymerase is an enzyme that synthesizes DNA. In fact, they’re essential for DNA replication.

What is DNA amplification?

DNA amplification occurs through a procedure called PCR (Polymerase Chain Reaction). Basically, if scientists want to look closer at a specific part of DNA, they can make millions of copies of that sequence. Then, this allows scientists to better analyze and identify this portion of the DNA. A biochemist named Kary Mullis created this process. In fact, he won the Nobel Prize in Chemistry in 1993 because of this.

Salas’ discovery of bacteriophage phi29 allows scientists to amplify even smaller fragments of DNA. For example, they can look at DNA the size of a cell! Experts call this procedure MDA (Multiple Displacement Amplification). As a result, DNA tests are faster and more reliable.

Finally, we should mention that Salas’ technique has applications in many different scientific fields, such as oncology, archeology, and forensic medicine. For example, if forensic experts find a hair at a crime scene, then this process allows them to identify who it belongs to. Additionally, oncologists can look at even smaller cell groups that cause tumors.

Margarita Salas dedicated her entire life to research. Researchers consider her discovery a benchmark in the scientific world. It will open many doors to new scientific advances.

5 Bacterial Diseases in Elephants
Have you ever wondered what the bacterial diseases of elephants are? There are many that affect elephants, both in the wild and in captivity. Read more »
Link copied!
Interesting Articles
Illnesses and Treatment
Mycotoxins and Animal Production