No fodder is completely harmless. Therefore, the substances that grow on it can sometimes be harmful to the animals that consume it. 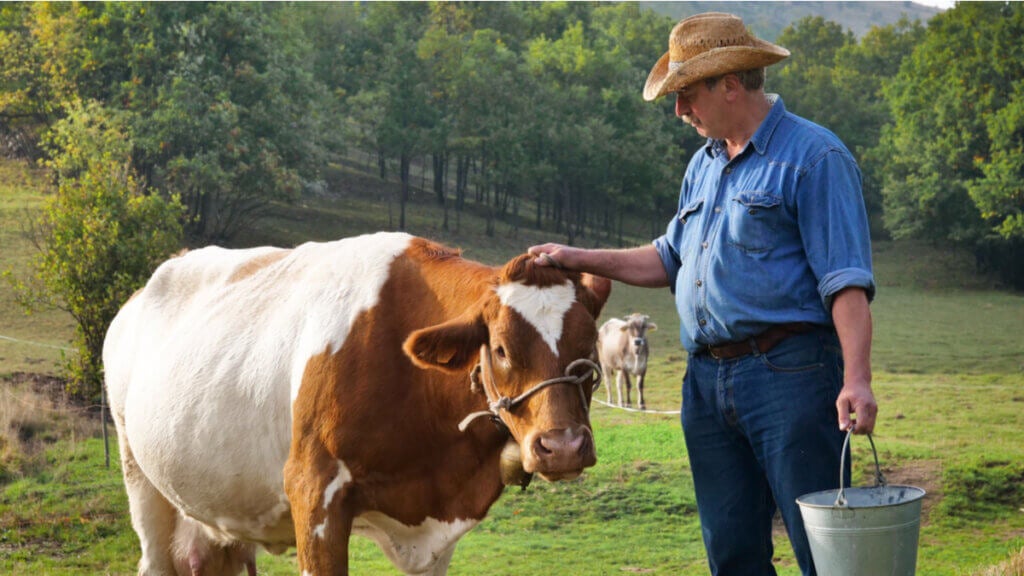 Many fungi have the ability to produce toxic secondary metabolites, known as mycotoxins. These substances can grow on food, and they pose a serious risk to health. The most dangerous ones can even endanger animal and human lives.

How does mycotoxicosis occur in animals?

First, let’s define the term mycotoxicosis. This refers to intoxication by inhaling or ingesting food contaminated by mycotoxins. In the animal kingdom, this type of intoxication can occur in two ways:

Mycotoxins secreted by fungi colonize all types of food and fodder stored in poor conditions. The three fungal genera reported to produce mycotoxins most often, are:

A fungus’ ability to produce mycotoxins depends on many factors such as humidity, temperature, substrate/food, and oxygen. Therefore, the onset of mycotoxicosis may vary depending on geographical and climate conditions.

Mycotoxins that cause most problems in animal production are usually the following:

The toxicity of these metabolites can affect all types of organs in animals, from the development of carcinogenic, teratogenic or mutagenic effects and alterations in the liver, kidneys and the digestive system, to the development of hormonal or immunosuppressive disorders.

Can the effects of mycotoxins compromise the reproductive success of a farm?

We can answer this question by using the example of a breeding swine farm, and by analyzing the effect of different mycotoxins on them. Below, we expand on the topic according to the type of mycotoxin studied.

This is a hyperestrogenic toxin. In other words, it activates the metabolism of estrogens, which alters the normal functioning of the female reproductive system. A constant dietary intake of this compound leads to symptoms such as vulvovaginitis, mamitis, menstrual cycle disorders, false pregnancies, abortions, and infertility.

Therefore, the normal course of reproduction on the farm will be greatly affected, and this will result in substantial economic loss. Nonetheless, it is true that its effects are transient and disappear with a change of diet.

In swine, these mycotoxins lower the immune system and have carcinogenic and mutagenic effects. Additionally, they are hepatotoxic (bad for the liver), causing anemia, nephrosis, systemic bleeding and death. Therefore, they are, in all likelihood, the most problematic and dangerous mycotoxins.

On a reproductive level, they can cause abortion and gallactia, i.e. lack of milk during lactation. Moreover, they can be transferred to newborn piglets, affecting their immune response.

Is there a method to control the contamination with mycotoxins in animals?

Currently, it’s not feasible to completely dispose of food and fodder contaminated by mycotoxins. However, there are several ways to reduce its levels and avoid prolonged exposure. In fact, it’s the chronic consumption that often aggravates the effects of mycotoxicosis.

One of the most effective methods to reduce mycotoxin levels in fodder is to apply the well-known “Good Agricultural Practices”. Thus, the highest levels of hygiene should be maintained during cultivation, harvesting, and transportation.

These practices have become fundamental in deeming the agri-food chain as an integrated whole in which animal fodder is the first link.

Afterwards, during the transformation of raw materials into fodder in the animal feed industry, it’s important to apply Good Hygiene Practices. This minimizes mycotoxin levels in the final product.

It’s at this point where, for example, the danger of cross-contamination increases. Hence, some other food, including the one intended for human consumption, can get infected.

A problem for reproductive success

Any animal husbandry depends on a certain reproductive success in order to support itself over time. This is especially the case of husbandry exclusively dedicated to obtaining new generations of animals or capitalizing on the milk of females after birth. Therefore, achieving an optimal physiological state for successful reproduction is fundamental.

The fact that food can spread certain substances harmful to reproduction is a problem. This is due to the fact that usually, the amounts are so small that the symptoms aren’t obvious enough to call for treatment.

Fungus Poisoning in Dogs: What Should I Do?
Fungus poisoning in dogs can happen whether you're out in the country or in the home. So, it's very important to pay attention to what your dog eats. Read more »
Link copied!
Interesting Articles
Illnesses and Treatment
How to Treat and Moisturize Calluses in Dogs?