The feeling of suffocation and lack of air is one of the worst experiences that exists. For an animal that doesn’t understand what's going on, it’s even more stressful. 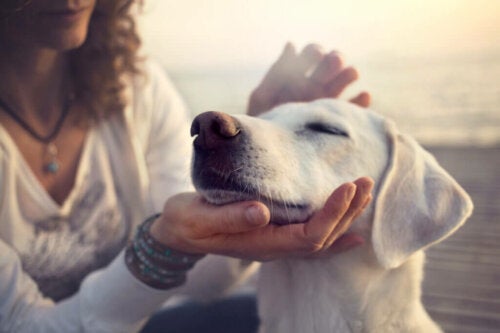 Dyspnea in pets is a breathing condition that involves shortness of breath. It leads to a feeling of discomfort caused by poor breathing, but can also be caused by insufficient oxygen levels in the blood or excessive carbon dioxide levels.

In either case, dyspnea in pets is a serious problem and should be addressed as a respiratory emergency. Therefore, it’s essential to immediately recognize patients with this pathology. In the emergency room, animal observation and physical examination of the respiratory system are the most useful diagnosing tools.

Animals with dyspnea can be recognized by the increased respiratory frequency and effort needed to breathe. This is due to the sudden involvement of secondary respiratory muscles, such as neck or abdominal muscles. Thus, breathing becomes more active than passive, although it’s true that this respiratory effort doesn’t always imply dyspnea.

Paradoxical breathing, however, does imply the existence of dyspnea. This is because it refers to the loss of synchronization in the thoraco-abdominal breathing movements.

How to recognize a patient with dyspnea?

One of the most evident signs is the adaptation of the animal’s posture to facilitate the flow of air. For example:

In addition to the two previous symptoms, the animal prefers to stand up and open its elbows to minimize the compression of the thorax. Any artificial restriction that limits these adaptations of the posture can worsen dyspnea and lead to decompensation.

One of the first things to check in an animal with breathing difficulties is the color of the mucosae. The cyanosis can provide important information about the malfunctioning of the respiratory system, but it only exists in the most severely affected patients.

Therefore, we shouldn’t be misled by a false sense of security when the color of the mucosae is still pink.

The next step is to examine in depth the animal’s respiratory and cardiovascular systems. Auscultation of the thorax and trachea may reveal whistling, crackling or other abnormal sounds:

Why should the cardiovascular system be examined as well? Because it can be the source of respiratory distress, as is the case of congestive heart failure.

How to stabilize the patient?

The first reaction should include increasing the inhaled oxygen, even while performing the physical exam. Ideally, the animal should be allowed to rest briefly in an oxygen-enriched environment before further handling.

This is particularly important for cats, as it allows them to calm down after their transportation to the clinic. In fact, a thorough examination should only be carried out if it’s certain that it won’t exacerbate the animal’s distress and therefore the dyspnea.

Oxygen therapy is key in addressing dyspnea in pets

There are many other techniques that the veterinarian can adapt to the specific situation or even the species. For example, the use of a dog cone together with the oxygen device, creating a kind of chamber exclusively for the animal.

Long-term oxygen therapy should be humidified in order to avoid drying out the airways. There are special units that heat and humidify the inhaled air.

Finally, there’s the risk of oxygen toxicity. This occurs upon administering a high concentration of oxygen for more than 12 hours, thus damaging the lungs.

Veterinary Emergencies During Lockdown
Many pet owners are asking themselves what to do in the case of veterinary emergencies during lockdown. Read today's article to find out. Read more »
Link copied!
Interesting Articles
Illnesses and Treatment
What Are the Symptoms of Leukemia in Cats?