When is the Right Time for Castration? Is it Recommended? 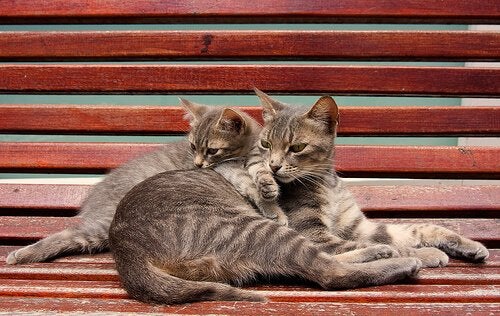 Considering castration is an important decision for your pet’s sexual health and reproductive future. It’s fundamental to know about this process so that you know when and why to have your pet castrated.

Castration involves removing the sexual organs. It’s carried out through a short surgical procedure under general anaesthetic. For males, the testicles are removed, whilst for females, the ovaries and uterus are removed.

In many countries free mass sterilisation is a government initiative. It’s a way of encouraging responsible pet ownership and of preventing an increase in stray animals.

The situation in Spain

In Spain, castration is much more common since the congress approved reforms in 2015. The new rules penalize the owners for abusing or abandoning animals. It also obliges the government to take measures to stop the number of abandoned animals increasing.

However, castration is not just a reproductive matter. For many animals, it’s a way of preventing serious illnesses such as infections or tumors.

When is the right time for castration?

The right time for castration for your pet will depend on their sex, age, and breed.

For small breeds scientific studies suggest that the ideal time is between 6 to 9 months. If carried out during this period, it can prevent the majority of uterine conditions suffered by females. Males can be castrated during the first year to reduce the risk of prostate-related illnesses.

When it comes to medium-sized to large dogs, things are bit different. Many vets believe that the best time is at 18 months old. This is to not leave their body more vulnerable to bone cancer.

Often the reason for castration is not biological but behavioral. A lot of people have their pets sterilized in order to reduce aggressive behavior, persistent escaping, or intense possessive behavior over territory or people.

In these cases, the best thing is to listen to the professional advice of your vet.

Why should I have my pet castrated?

To answer this question, we need to balance the rational with the emotional. Removing your pet’s reproductive organs might seem invasive and unnatural at first. However, in reality it’s a very efficient way of looking after their health and well-being.

The procedure is completely painless, since your animal will be under a general anaesthetic. During their recovery, the right care and medication will make them less uncomfortable after the surgery.

Vets list 3 main reasons for recommending castration for an animal:

Specialists also point out 5 advantages of castration for living with an animal and its socialisation:

Are there disadvantages to castration?

There are many myths about the negative effects of castration. Although there are disadvantages, they’re quite rare and don’t justify exposing your animal to more serious illnesses.

It’s a myth that all castrated animals develop obesity. It’s true that there is a tendency to put on weight after the procedure. However, this is completely controllable with a balanced diet and regular physical exercise.

The greatest risk with castration is in doing it too late. Animals which are older when castrated can suffer from a range of complications. As a result, it’s best to get your pet castrated at the right time.

Link copied!
Interesting Articles
Profesional Advice
How to Put an Obese Cat on a Diet