A dog clothing fashion show held in Cantabria shows just what great work volunteers are doing as well as how much our furry friends need us. 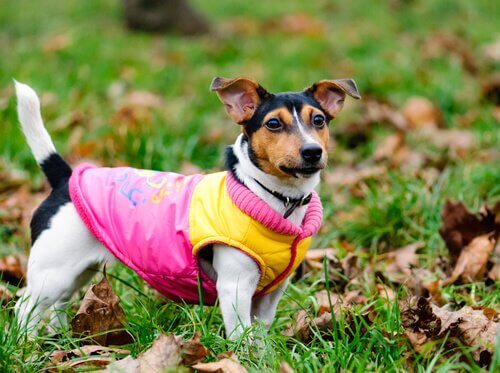 The proceeds from a dog clothing fashion show will help to pay for 5 eating areas to benefit abandoned dogs. Among the clothes on show included scarves, shirts, coats, vests, and booties.

The show aimed to encourage people to take issues like the sterilization and adoption of cats and dogs seriously. It’s just another one of the many projects being carried out to make people more conscious that animals need us.

The collection on show was the result of the combined work of Animal Voices and Wawaw, and the models in the fashion show included both adopted and abandoned dogs.

A few months ago in Cantabria, an Adoption Fair was held to help benefit abandoned dogs. There was even a dog clothing fashion show to help give dogs and cats a second chance. They hoped that the event would lead to adoptions for some of the animals.

The activities included the dog show, information stands, workshops, and competitions, as well as stalls to buy shirts or other accessories. The aim was for the animals to be visible.

A special association was created to put on the fair and the show. The idea was that each animal welfare organization or shelter would bring 10 dogs to participate in the show.

One person would represent each institution. There are some associations with more than 300 dogs, such as Asproan, the Association for the Protection of Animals in Santander.

At the fair in Cantabria, anyone who wanted to adopt a cat or a dog could start the process there and then at any stand. The event was a public success and resulted in many adoptions.

The benefits of belonging to an association

Volunteers and associates of an animal protection organization can help in many ways. Firstly, at home, you could be publishing photos of animals on forums or social networks or searching for people to adopt abandoned dogs.

Then, you could help to publicize the activities carried out by associations. You could even print posters and pictures of animals waiting for adoption and put them up in veterinary clinics and other public establishments. Finally, even donating materials to benefit abandoned dogs would be a huge help.

An even more helpful activity is collecting funds for the associations by selling tickets for competitions or raffles, for example.

Volunteering with an association

Active participation with an association is also really helpful. You can do this in many different ways:

You can also actively participate in planning and participating in the events that they hold. This could be helping to transport materials for events, helping transport the animals for shows, and being attentive to the animals’ needs throughout the fair, walking them, giving them water, etc.

Many activities revolve around expanding the available spaces for abandoned dogs and other animals in need. One example is the association for the protection of dogs and cats, Felcan. This organization has acquired new land to build a recovery and adoption center. The name of the site will be Oasis, and it will have enough space for 150 dogs and 30 cats.

Tekis: The Man Who Rescued Over 200 Abandoned Dogs in Greece
They say that everyone has their own guardian angel, and in the case of the abandoned dogs in Greece, that angel's name was Tekis. Read more »
Link copied!
Interesting Articles
Responsibility
Over 300 Species of Sharks and Rays in Danger of Extinction