Animal Lawyer - Why Would a Pet Need One?

There are many instances in which an animal would need the services of an animal lawyer. Continue reading to find out what some examples of this and how these cases are regulated. 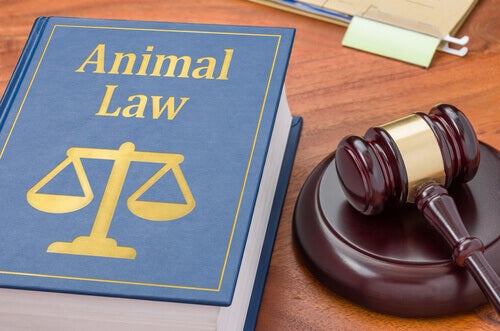 Adopting a pet comes with responsibilities, as well as legal duties. Thus, you must be aware of the animal’s rights and your duties towards them before you even think of adopting one. These include those things you do on a daily basis and also any extraordinary circumstances that might come your way in the form of disputes or legal proceedings. Check out what the instances are in which a pet might need an animal lawyer.

The truth is that, in most cases, it’s the owners who’ll need the services of an attorney. Mainly because they’re responsible for the damages the animal may cause to third parties. In addition, they’re becoming responsible for the health and well-being of their animal pal.

However, sometimes it’s the animals who need an advocate in front of the authorities to claim their rights, which aren’t yet fully contemplated by the laws. In these paradigmatic contexts, the action of an animal rights lawyer becomes essential in order to guarantee their integrity.

To what extent can an animal lawyer use the law to protect animals?

To better understand this situation, it’s important to differentiate between natural and legal rights. Theoretically, natural rights should be granted to subjects and sentient beings. For example, the right to a life free from physical or psychological torture.

However, global laws don’t yet recognize the natural rights of animals. Most constitutions continue to consider animals as property, or worse still, resources for human subsistence. In any case, an animal’s existence is conditioned to another [a human], and to the rights of that person as an owner.

Similarly, we can consider animals as subjects of legal rights under certain circumstances. Therefore, the law can protect their physical and mental integrity, as well as their interests. Still, animals might eventually need an attorney to protect them and look after their best interests.

In what situations might an animal need a lawyer?

The pioneering institutions in the defense of animal rights have been exploring the Law as an animal protection tool for several years. A good example is the Animal Legal Defense Fund, founded in the 1970s. This NGO works tirelessly to modify the legal treatment granted to animals.

Initially, cases that required legal defense of animals were often touted as extravagances. However, Animal Law has already been incorporated as a subject in many universities, mainly in the USA.

The advancement of the animal rights movement has shown that legal advice can help owners, professionals, protectors, and the State itself to fight animal abuse in all of its forms.

In everyday life, an animal lawyer can also assist in the resolution of numerous legal conflicts. Let’s look at some examples below.

Many protectors work alongside animal rights lawyers and also offer advice to citizens. Resorting to animal rights NGOs may be a good alternative for those who can’t afford to hire an attorney. Especially when it comes to a complaint about animal abuse, or any other circumstance that puts the well-being of a pet at risk.

Animal Rights and Protection Laws – Future Challenges
Despite all the progress, it's quite evident that there's still a long way to go before we have a society where animal rights and protection laws prevail. Read more »
Link copied!
Interesting Articles
Responsibility
Over 300 Species of Sharks and Rays in Danger of Extinction