A fatal dog attack on a person is quite serious. So what are the legal aspects surrounding this terrible event? Continue reading to find out. 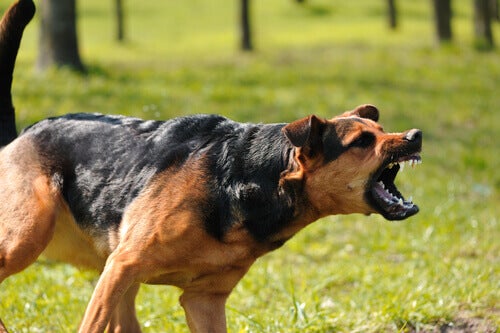 When you adopt a dog you automatically assume civil responsibility for any fatal consequences of an attack. This responsibility may also extend to material damage to third parties though.

These latter cases are particularly delicate as no compensation can provide comprehensive restitution to a victim (or to their family). Regardless of whether the injuries are superficial or mortal, it’s impossible to think of the kind of restitution that could compensate for the extent of the damage.

However, it’s important to know your rights as a citizen. The life of a human being is priceless but the family can still demand some reasonable compensation to help them with the extra losses and expenses. Thus, be aware of your duties as an owner and be ready to accept them.

The law deals with civil liability for physical and material damage caused by animals. Responsibility is understood as the duty to compensate for consequences harmful to the interests and rights of another person. Said consequences may derive from one’s own or someone else’s actions, as well as from simple fault or negligence.

This concept is explained clearly and concisely in animallaw.info, the text of which states that:

“In addition to the animal losing its life, the owner may also face criminal charges, fines, prohibitions on owning a dog. They may even face imprisonment for violating Dangerous Dog statutes. While misdemeanor offenses are the common penalty for violating dangerous dog statutes, some states have felony provisions.”

The owner must answer for their dog’s behavior, even if they weren’t there when the animal harmed a third party (or their property). However, you can try to verify one of the conditions of exoneration. Furthermore, you may be able to prove that the damage was the product of force majeure. Or perhaps even the action of the victim themselves.

Owners of potentially dangerous dogs must also comply with the conditions of responsible ownership. Among other obligations, there’s the contracting of third-party liability insurance.

What can the victims of a fatal dog ​​attack claim?

Anyone injured by a dog can go to court to request compensation. This is mainly with regard to medical care and other expenses involved in their recovery and treatment. However, the law also takes into account any emotional consequences and loss of work derived from the attack.

In the event of a fatal dog attack, funeral service expenses, and other damages caused to family members will also be taken into account.

Likewise, it’s necessary to establish a cause-effect relationship between the animal’s behavior and the damage for which a person is claiming compensation.

Furthermore, the harmful consequence must be due to the natural, instinctive, and spontaneous behavior of a dog. In other words, their conduct wasn’t the result of something a human being did.

When the animal is intentionally used as an attack weapon by a person, it’s possible to resort to the law about wilful injuries produced under these circumstances. A lawyer usually becomes indispensable to proceed with this type of claim, either at a civil or criminal level.

Generally, justice tends to rule in favor of the victims, especially when it comes to physical damage. However, there are two exceptions in which the animal’s owner may end up exempt from liability:

Did You Know that Pain Makes Dogs Aggressive?
Though there are plenty of other potential causes, it seems like pain can definitely play a role in making dogs aggressive. Learn more here. Read more »
Link copied!
Interesting Articles
Responsibility
Animal Lawyer - Why Would a Pet Need One?

Whether or not selling or buying a puppy is ethical is a matter for debate. On one hand, there are…

Responsibility
Pet Monkeys - Why Is It a Bad Idea to Have One?