These days there are many countries that have protection dog regulations set in place. So, in today's article, we'd like to tell you what the laws say in this regard. 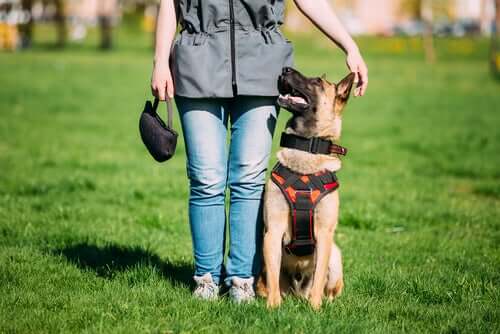 Historically, we humans have had canines to help us safeguard our family and property. In fact, it’s very likely that the very first ones we kept around were used exactly for this purpose. So, the next natural step in this era is to come up with good laws for guard dogs.

These days there are many countries that have protection dog regulations set in place. So, in today’s article, we’d like to tell you what the laws say in this regard.

There’s still no legislation at the national level that regulates the possession of protection dogs. In practice, each city council has the right to establish regulations that guide the breeding of dogs for guard duties.

In some countries, this issue is regulated within the Regulatory Ordinance on the Tenure and Protection of Animals. This is a type of document that determines that guard dogs must inhabit in properly conditioned environments. That is, where they cannot cause damage to people and their property.

Likewise, a protection dog owner is forced to visibly warn that there is such a dog on their property. This, in addition to assuming any civil liability for damages caused by their dog to third parties or federal property.

One thing that’s clear is that a protection dog must in no way suffer abuse. Similarly, they must not perform their protective function against their will. In addition, the dogs shouldn’t be permanently tied up and, when chained, they must able to move freely around the area.

The ordinance also provides that a protective dog who lives in an outdoor environment should have protection against inclement weather. A protection dog owner must always offer appropriate shelters for the dog against extreme weather conditions.

Can one report an abused guard dog?

Absolutely. The fact that an animal performs guard duties doesn’t mean an owner can abuse or neglect it. If you know that a protection dog lives in unsanitary conditions, in a violent environment and is exploited physically, then you must report it to The Humane Society of the US.

Ideally, you should go to your local police department and submit a face-to-face complaint. If possible, add proof to your statements such as photos, recordings or any other testimonials that can attest to the abuse.

A guard dog isn’t the same as an attack dog

Unfortunately, there’s a lingering notion that the training of guard dogs is to viciously attack someone. However, this is false as the guarding function is merely set in place to alert a person about the presence of strangers. This in order to thwart any attempts of trespassing or theft.

In conscious training, a protection dog maintains a balanced and self-confident temperament in any situations of risk. For example, this kind of dog is able to act intelligently when identifying danger. The dogs mainly bark to alert their humans and, at the same time, try to scare off any trespassers.

Nobody trains guard dogs for attacking. However, they will do so as a last resort in order to defend their family and territory. Likewise, an attack should only occur after an order of their humans. The goal here is to merely immobilize the invader and not maul or kill them.

As with so-called potentially dangerous dogs, people often fear protection dogs due to the morphological characteristics of their breed. They seldom fear them based on their actual behavior or for their job as guardians.

So, regardless of whether you agree with the training of protective dogs or not, you must still raise awareness about the dangers of stigmatizing certain breeds. This is because doing so unfairly attributes breeding traits to the nature of the dog.

It’s not a cliche to say there aren’t dangerous dogs, only irresponsible or inexperienced owners. In fact, there are several studies that show how the dog’s behavior isn’t just the result of their genetic makeup or lineage. So, a lot of it depends on their education and the environment in which they grew up.

Furthermore, any dog ​​can become aggressive when deprived of their basic freedoms of animal welfare. They may also become aggressive when improperly handled by their humans. As you can see, aggressiveness is not a common feature of a dog’s personality, regardless of their race, gender or age. Instead, it’s a behavioral problem that’s usually the result of inadequate training –or lack thereof.

In conclusion, instead of trying to forbid certain breeds, let’s focus on eradicating animal abuse and promoting responsible ownership for all dogs. 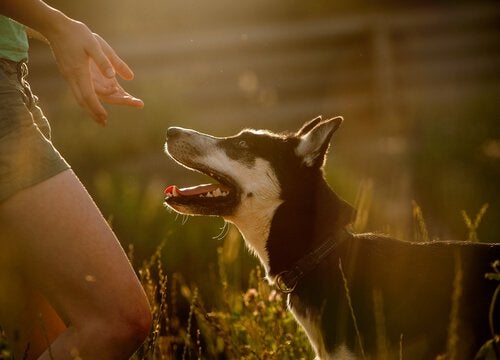 Protection Dogs for Mistreated Women
It's now possible for women in Spain who have been the victim of gender violence to get a protection dog which is specially trained. The animal won't hesitate to confront someone to defend their owner and they're proven to be very effective. Read more »
Interesting Articles 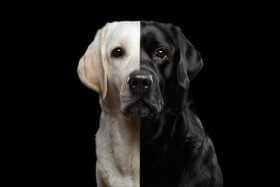 Animal Rights
Dog Cloning – Is It a Legal Business?

Today we’d like to discuss whether the dog cloning business is legal and ethical. To do so we must study the context in which this practice takes place. There are many scientists and companies for whom there’ll always be legal…