You can’t adopt species in danger of extinction nor certain wild specimens that can transmit diseases or attack people due to their high level of aggressiveness. 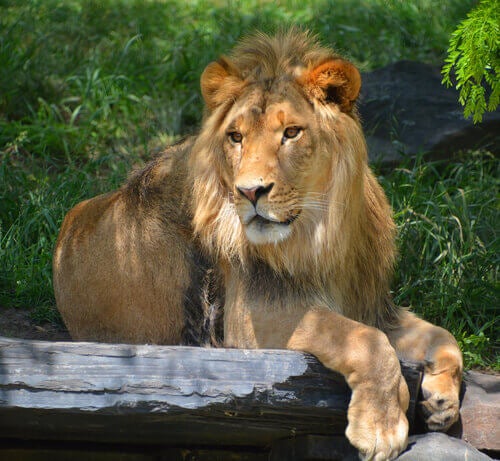 The world of companion animals is so diverse that the world of exotic pets and forbidden animals, both buying and selling them, as well as keeping them as pets, is becoming more and more popular. So what animals are prohibited as pets?

Not long ago, in Madrid, a boy came home with a snake bite that he had supposedly suffered in a friend’s house. When he was admitted into the hospital, the doctors soon realized that they were dealing with a bite from a rattlesnake, an animal that’s forbidden to keep as a pet.

When the boy saw that he messed up by telling on his friend, he asked to be discharged even though he was in the ICU. The police began an investigation to find out who the animal belonged to, and reported the family.

This makes us see that it’s no joke deciding which pets one can or can’t have. This isn’t only because of the fines involved in keeping prohibited species, but also because of the harm it can cause other people. That’s why we want to inform you about the animals prohibited as pets, so that you don’t commit the foolish mistake of adopting one.

Due to safaris and hunting for their skins, tigers and lions are in danger of extinction.

These animals usually inhabit developing countries, or simply third-world countries. This means that they could be carriers of contagious diseases, some of which may be incurable.

It’s true that there have been famous people who have had some of these animals as pets. However, their method of acquiring them has been different, and it involves expenses that not just anyone can afford.

Strangely, the raccoon has been on sale in some countries like Spain until just a few years ago. Nonetheless, its aggressiveness and potential of transmitting diseases to people, such as rabies, soon made people realize the danger it posed.

Apparently, biological studies have shown that a large number of raccoons appeared in Spain. This may be a consequence of animal abandonment.

The kinkajou is a carnivorous animal from Central and South America. It’s a very aggressive mammal and can pose a threat to its keepers and those around it. So much so that not even with all the gold in the world can you get one as a pet.

Paris Hilton brought one home, but the US authorities forced her to return it as it’s illegal.

When finding an animal, some people simply decide to take it home and keep it as a pet. In some cases, like that of certain tortoises, this could be a crime.

When these get sick or need a vaccine, and the owner goes to the vet, he may discover that he’s committed an offense.

For those who love snakes, lizards and toads, it’s important to note that there’s a long list of prohibited amphibians and reptiles. You can find it on the website of the Environmental Protection Agency.

If you’re thinking of acquiring an animal other than a regular pet like a dog, cat, hamster or fish, make sure it’s not on the list of prohibited animals, and that you won’t get in trouble for owning one.

Remember that keeping prohibited species may attract legal charges. Additionally, there’s also the danger that the animal will harm a member of your family, a friend, or even you.

What Are Invasive Species?
The animals that have been released into a different ecosystem than its own and may pose a threat to it are considered invasive species. Read more »
Link copied!
Interesting Articles
Responsibility
Over 300 Species of Sharks and Rays in Danger of Extinction