Germany has passed a law to make daily dog walks mandatory. Julia Klöckner introduced the law based on evidence that many of the nation's 9.4 million dogs weren't getting enough exercise. 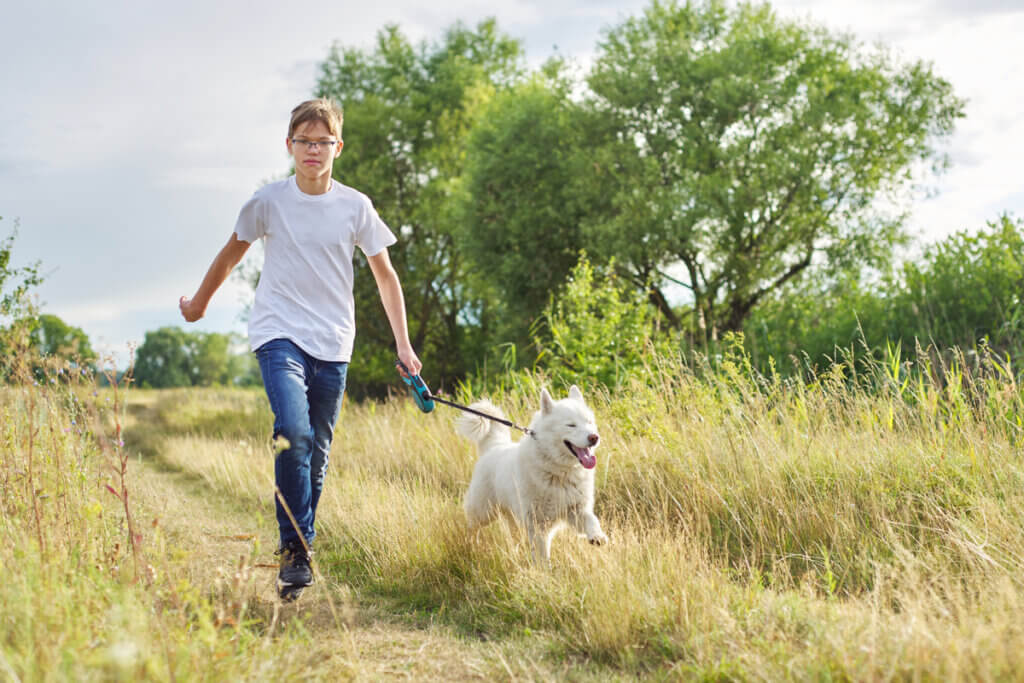 For those whose pets are an important part of the family, daily dog walks are a given. However, many pets don’t get the necessary amount of exercise. In order to protect their well-being, Germany has passed a law that will require owners to take their dogs out twice a day starting in 2021.

Many dogs in Germany hardly ever leave their houses or only go on quick walks around the block. In addition to the dog-walking rule, this law discusses other serious issues such as dogs being alone or tied up all day.

Germans will now have to walk their dogs twice a day

The new law will go into effect next year and will outline how often people will have to go on these daily dog walks.

The country’s Minister of Agriculture Julia Klöckner introduced the law based on evidence that many of the 9.4 million dogs weren’t getting enough exercise. Multiple studies show that dogs need plenty of physical activity and stimuli, both socially and in nature. Because of this, Tierschutz-Hundeverordnung, or “Dogs Act” will prevent dog owners from taking the easy way out and only taking their pets on a short stroll (if at all).

But, how will lawmakers ensure those owners who didn’t take their dogs out before will do so now? According to one of the minister’s spokespeople, each state will determine how they will enforce the law once it’s in place.

Details of the Dog Act

Under the new regulations, pet owners will have to go on daily dog walks for at least an hour.

The law also references that many dogs spend much of the day by themselves. Once the law goes into effect, this will also be regulated.

If a dog owner has to spend eight hours away from home, they must arrange for someone to go visit their dog. Additionally, the law stipulates that it will be illegal to tie your dog up for long periods of time.

Since the news broke, there has been much debate surrounding the fallouts of the new regulations. In fact, there has been concern within the minister’s own party. Saskia Ludwig, concerned about the heatwave at the time, tweeted:

“VOLUNTARY DISCLOSURE: I will not be taking my Rhodesian Ridgeback for a walk twice a day in this 90-degree heat. Instead, we’ll jump in the river to cool off.”

If we really want to talk about pet health and well-being, it’s important to reiterate that leaving them alone all day at home is unacceptable, and so is leaving them enclosed in your backyard. Dogs need new stimuli to encourage their sense of smell and to keep them active mentally.

Similarly, dogs who have been properly trained and get along with people and other dogs should be able to continue working on these important skills. And, dogs who haven’t been so lucky, should have opportunities to learn and grow.

If we prevent our dogs from enjoying new sights and smells, we are seriously limiting their quality of life. To quote Minister Klöckner,

“Dogs are not stuffed animals. They have needs, too, and we should take them into account.”

Will some people be exempt from these regulations?

Up until now, we aren’t sure whether some people will have to comply with the new law. However, we can surmise a few exceptions. For example, one man commented that his 14-year-old dog with cancer wouldn’t be able to go on such long walks.

Any vet would agree that dogs need to get daily exercise and that they deserve good-quality exercise.

However, if a dog has an illness that makes it difficult to go on walks, this law should not apply. This, too, would be a form of abuse.

Unfortunately, laws like these are necessary to help motivate people who might not otherwise treat their dogs correctly. Just like rules that hinder animal abuse and mistreatment, the Dog Act exists to promote animal welfare.

At the end of the day, any law that protects the safety and well-being of animals should always be welcome.