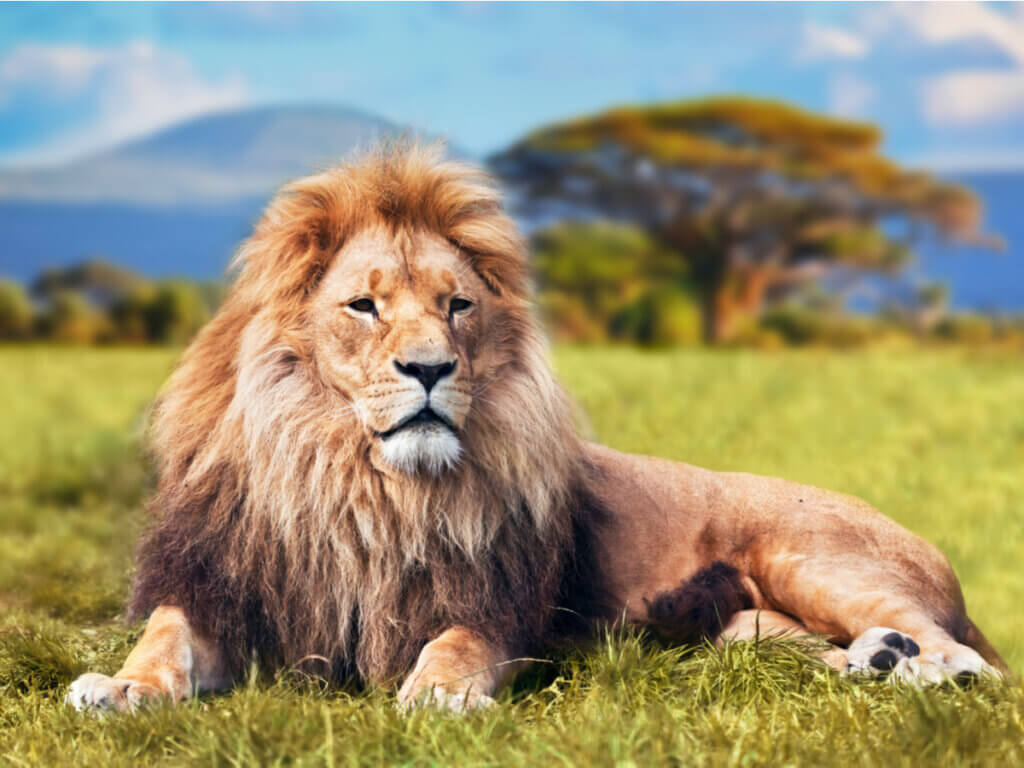 Many animals are born or end up in a very different place than where they should. The illegal trafficking of species, the use of wild animals in shows, or their use as tourist attractions are the reasons why many big cats end up in a big cat sanctuary.

The International Foundation AAP Primadomus – Animal Advocacy and Protection – is one of the European reference centers for the rescue of exotic mammals since its opening in 2009.

Four years later, Primadomus earned recognition as the first Official CITES Rescue Center, an international treaty for the conservation of nature. If you want to know more about these essential organizations, read on.

Riga and Okko Reussien were a Dutch couple who, in the seventies, decided to create a rescue center for primates and small exotic animals.

At first, the couple looked after the animals in their own home. Riga combined this task with their night work in a veterinary clinic. Although the beginnings were hard, over time the Okko and Riga’s established a new location for their center.

Besides working on rescues, AAP participated in the creation of the first legislation concerning animal welfare and possession of exotic animals in the Netherlands.

Over time, Riga and Okko handed over the management to David van Gennep. At the time, van Gennep was the director of the foundation and had worked with them as a volunteer. The foundation became even more professional and its role in exotic animal legislation became stronger.

Primadomus continued to grow and moved back to its current European base in Almeres. However, it also covers northern Europe, down to the southwest, with its center in Villena, Spain.

How does the center work?

Hundreds of tigers and lions are victims of exploitation in circuses and movies, traded illegally, or sold as pets to individuals. Due to this, they spend their lives in small cages, without being able to develop the basic needs of their species.

The same happens with other exotic species, such as primates. After years of confinement they’re finally rescued and, although their life changes radically, it’s highly unlikely that they’ll ever go back to living in their natural habitat.

One of the main objectives of AAP’s foundation is to prevent the problems that make animal rescue necessary in the first place. A strong regularization of animal welfare laws and a conscientious society are the basic pillars to reduce the victimization of animals.

After receiving alerts about an animal, the foundation evaluates the case and sets a date for its transportation. Upon arrival at the center, each animal must go through a period of quarantine. During that time, professionals can evaluate its initial condition and make plans for its physical and mental rehabilitation.

Once the quarantine period is over, the animals go on to live with members of their own species to begin the process of social rehabilitation.

Since last June, AAP Primadomus has been part of the Big Cat Sanctuary Alliance. The purpose of this organization is to eliminate the private ownership and commercial use of big cats.

This association brings more voice to the foundation. And in addition, the Primadomus team is committed to following the standards of the alliance, as its members work without contact with wild animals and without facilitating their breeding.

Currently, 140 animals, including primates and big cats, reside in the Spanish rescue center.

The lions Reza and Aya

On May 21st, 2015, AAP rescued these two lions along with two other tigers from a circus show. The cats had been living in circus trailers next to a French highway for thirteen years.

The animals spent the first months in separate enclosures, as they’d never had contact with each other before. However, from the first day the lions came out to the outdoor facilities they seemed to recognize each other. Therefore, the team decided to introduce them together.

The lions quickly hit it off and today they live together. Reza gradually regained his muscles and Aya lost weight thanks to the center’s careful diet.

The hunting instincts of the Reza lioness quickly came to light thanks to the environmental enrichment provided by the foundation. So many years of confinement hadn’t managed to suppress them. Aya, on the contrary, dedicates his time to observing his companion.

Thanks to the work of this rescue center, the big cats can find another opportunity. Now, they have a home more suited to their needs and proper veterinary care. What’s more, they also give the possibility of socializing with other animals of the same species.

Discover What an Animal Sanctuary Is and How to Help
An animal sanctuary is a permanent shelter for animals that have been rescued from abusive situations. Learn about them and how to help in this article. Read more »
Link copied!
Interesting Articles
Animal Rights
The Animal Welfare Awards: An Good Business Initiative