The Last Dogs Of Chernobyl 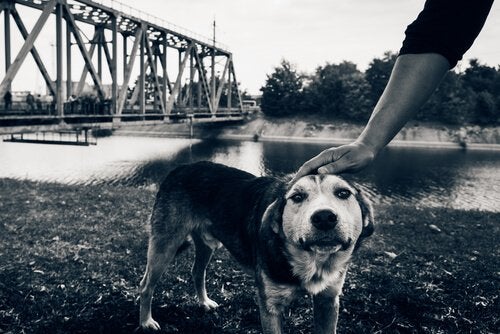 The Chernobyl disaster still remains in the collective memory of mankind decades after it occurred. No one should ever forget about some of its most inspiring survivors– the dogs of Chernobyl.

In 1986, one of humanity’s most serious environmental disasters took place. It was the most disastrous nuclear accident that man has ever experienced. On April 26th of that year, a nuclear power plant overheated in Ukraine (when it was part of the USSR), the radiation produced was 500 times stronger than the bombing of Hiroshima.

The Chernobyl explosion killed 31 people and caused the sudden evacuation of more than 100,000 people. Also, they established a containment plan to clear the area around the nuclear power plant to a 30-kilometer radius. Despite this, millions of people have lived in areas with lesser or greater degrees of pollution.

Although today a huge 30,000 ton sarcophagus replaces the previous one, there is an exclusive area known as the “zone of alienation”. The only inhabitants are people who live there illegally, however, the biodiversity seems to be on the rise.

After the disaster, the pine trees around the plant turned red and gold, which is why people it “the Red Forest”. As for the animals, most of them died or lost their reproductive capacity. However, years later this forest has become a wildlife refuge.

Since there is no human activity, wild animals have returned and people have even considered declaring the place a nature reservation. The truth is that despite the disaster, biodiversity in the area has increased in the long run. Although it seems unbelievable, endangered bears, lynxes, wolves, and birds have recovered their territory after it was taken away by man.

Although it may sound ideal, most of these animals have a low life expectancy and malformations that hinder their reproduction.

Some of the radiation-induced changes are surprising, such as changing patterns in spider webs.

The harsh conditions of the dogs of Chernobyl

However, other animals (mostly dogs) roam the streets that were once stricken by the nuclear disaster. They are the descendants of dogs who that can’t leave the contaminated area. They have managed to survive and live among the ashes.

These dogs haven’t had an easy life because their parents were separated from their owners, whom they watched step onto buses and leave the area for good. Meanwhile, their offspring have had to live with wild animals without the help of humans. For example, Tarzan is a puppy whose mother was devoured by wolves. Chernobyl guides now take care of him.

Conditions aren’t easy either. In addition to high radiation levels that reduce fertility and life expectancy of these animals, there aren’t many places to take refuge during the harsh winters that plague this region of Eastern Europe. Most dogs in Chernobyl don’t reach the age of six due to the radioactivity that affects their bodies.

In fact, many animals were put down after the catastrophe. However, some managed to survive, and there are an estimated 300 feral dogs in an area of 2,600 square kilometers. The dogs of Chernobyl practically outnumber the inhabitants, so the majority of them have no owners.

Tour guides — hope for the dogs of Chernobyl

Luckily, the dogs have the support of tour guides and the low tourism in the area. They stay close by cafes that take advantage of this historic location for tourism in Europe.

Tour guides have also established small animal shelters. These have become small oases where dogs can eat leftover food and have a place to sleep during harsh Ukrainian nights. However, these people regret the fact that there isn’t more humanitarian cooperation for these animals.

Tourists love the dogs, although some look at them with suspicion because of their levels of nuclear contanimation. Although it doesn’t seem risky to live with them, some guides evade them to avoid problems. However, most can’t resist the charms of these animals, who are only looking for the company that they once had before.

A future for the dogs of Chernobyl

Some NGOs, such as the Clean Futures Foundation, help these animals by establishing veterinary clinics, and vaccinate these dogs against such diseases like rabies or parvovirus. They have even established one in the old plant, allowing the scarce inhabitants of the area to take their animals there. Also, this location provides care for stray dogs.

Fortunately, the stray dogs in the area are getting neutered in order to control the birth rates.  They can’t rescue the dogs from the area because of the risk they carry for human health. However, if more dogs are born, they will be condemned to living in those conditions. Therefore, the ultimate goal is that eventually there are no more dogs wandering around Chernobyl.

Unfortunately, it appears that these kinds of disasters affect animals as well as people.

However, luckily there are people who care about the dogs of Chernobyl being happy and well-fed.