One of the consequences of the terrible current situation in Venezuela is that pets are suffering too, but what can be done about it? 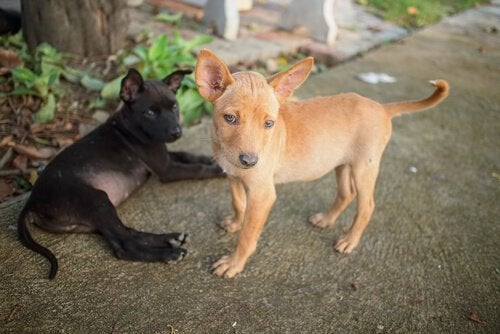 In recent years, Venezuela has hardly been out of the news, owing to the political, economic, and social crisis. It’s gotten so bad that purchasing power in the country is one of the lowest in the world, and people queue up for many hours to buy basic products. Even then, they may not be lucky enough to get any. In this article, we’ll be looking at how this situation impacts on pets in Venezuela, and what can be done about it.

The everyday Venezuelan lives right on the edge of tragedy because of a lack of security. It’s reached the stage where more people are murdered annually in Venezuela than in countries which are currently at war.

However, amongst all the issues in the oil-rich country, many are not as visible as the ones in the media. Despite being less obvious, this doesn’t make them any less important.

One such issue, as we said earlier, relates to the lives of pets in Venezuela, who are also direct victims of the unbearable situation, lacking necessary products for both their diet and their health.

Food is expensive and difficult to find

To be a pet owner in this part of the world is a genuine nightmare since the right pet food can be expensive as well as difficult to find.

Despite this, many pet owners in Venezuela have chosen to ignore expert advice and give their pets home-made food instead. They do this believing that it’s better to give them something than for them to die of starvation.

Although home-made food is not much of a problem for dogs, for cats it is a much greater risk. They could suffer from liver or kidney failure. This is why it’s common for many owners to give their cats dog food instead, to avoid doing them any harm.

However, dog food doesn’t contain the right amount of proteins that cats need. As a result, owners add extra meat to try and make it as normal as possible. All this in a country where even humans have a difficult time eating properly.

This situation has led to a rise in the number of cat deaths. These are often due to poor diet or difficulties in accessing treatment or medicines when they’re sick.

The health of pets in Venezuela

As well as being difficult to find pet food, the worst thing about having pets in Venezuela is if they get ill. Finding the right treatment or medicines is even harder and more expensive than finding food.

Germán Campos is the director of the Animal Health Industry Association in Venezuela which imports both food and medication. According to him, available pet products are so scarce that a good quality of life for animals is just impossible.

He further revealed that the lack of medicines is so worrying that a large number of veterinarians have not only limited what they prescribed, but have also started using human medications to treat pets.

The most terrible situation to be in for an animal in Venezuela is if they require surgery.

As many specialists have said, when an animal has reached the point of requiring surgery, then there is nothing more they can do. There are no anesthetics nor even materials for stitches.

Similarly in Venezuela, if a dog is suffering from the parvovirus, it is pretty much a death sentence. The vaccination for this common illness is almost impossible to get hold of.

As you can see, unless you have a lot of money to be able to travel outside the country to buy the things you need for their diet and health, owning a pet in Venezuela is pure suffering.