Some experts conclude that dogs only react to being scolded by humans, and don't actually experience feelings of guilt. 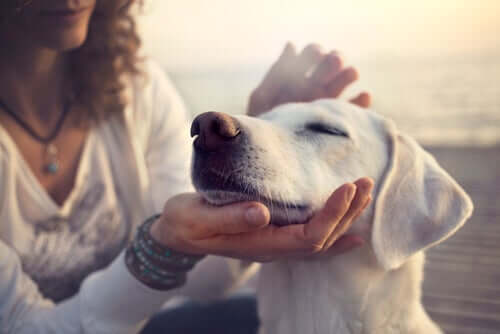 The large majority of scientific studies into the behavior of domestic animals focus on dogs. While dogs have been at mankind’s side throughout much of history, we also share a bond that, according to some investigations, goes far beyond the emotional. Read on to discover what these studies say about dogs’ special abilities.

People often say that dogs resemble their owners, both physically and mentally. One of the main reasons for this mutual understanding is a dog’s ability to empathize with their owners’ moods and emotions.

However, this close bond isn’t purely emotional. A number of scientific studies have shown that dogs are also able to detect illness and identify individuals, using a variety of stimuli captured by their olfactory system.

Scientific studies into the bond between dogs and humans

The first of these scientific studies was carried out in 2015 by animal cognition experts at Emory University in Atlanta. Using functional magnetic resonance imaging, they assessed the neuronal responses in dogs when faced with different odors from people and other dogs.

This second experiment could have a number of medical implications in the future. Humans have been aware of the power of the canine olfactory system for many years, which has led to the use of dogs in the search of truffles, and even in the police service.

Even so, it wasn’t until 2015 that a group of Italian clinical investigators and veterinarians proved that dogs’ special abilities to detect prostate cancer.

The researchers used two German Shepherds that had previously worked as sniffer dogs. They trained the dogs to recognize the volatile compounds present in the urine of sick patients. In this way, they were able to demonstrate that the dogs displayed between 98.6 and 100% sensitivity. In fact, they managed to recognize all 362 samples taken from cancer patients.

As well as focusing on the bond between dogs and humans, many studies aim to better understand our pets’ emotions.

In 2008, a group of investigators from the University of Vienna took a group of dogs and paired them up. They then asked each dog to complete a task.  Once the task was complete, they would reward one member of the pair with a more attractive treat (sausages), and the other with a less attractive treat (wholegrain bread).

The results showed that the dogs that received the wholegrain bread stopped responding to commands. Instead, they began scratching and yawning, and would avoid looking at the dogs who were heavily praised and rewarded.

Another study, led by Alexandra Horowitz from Barnard College, New York, focused on whether dogs were able to feel guilt. Investigators instructed a group of owners to stop their dogs from eating a treat. When the owners left the room, the researchers offered them the treat again.

Some dogs chose to eat the treat, while some did not, remembering the order their owners had previously given them. However, when their owners returned, every dog was scolded. Regardless of whether or not they had actually eaten the treat, every dog appeared to look guilty. This exercise showed that dogs don’t feel actually feel guilt. Their classic “guilty face” is simply a response to the reprimand or punishment.

The vast amount of scientific studies carried out on dogs shows mankind’s desire to better understand their beloved pets. Their incredible sensory and emotional abilities open up a world of possibilities, ranging from protection and therapy to disease diagnosis.