Home » Latest News » The Consequences of a Food Safety Crisis

The Consequences of a Food Safety Crisis

Ensuring adequate consumer protection at every stage of the supply chain is an essential part of food production. However, it's also important to provide consumers with all the information they need in the event of a food safety crisis.

Protecting consumers should be a public health priority for every nation. By taking the necessary precautions, countries can avoid the devastating consequences of a food safety crisis.

What is a food safety crisis?

A food safety crisis occurs when authorities identify food products which pose a risk to public health. When this occurs, they rely on a system of alerts to help share information as quickly as possible. This helps authorities to decide what actions to carry out in the short, medium and long term.

When a food safety crisis emerges, there are set procedures in place:

Absolute transparency is recommended at every stage of a food safety crisis, in order to facilitate the exchange of information.

Consequences of a food safety crisis

In recent years, food security has become a top priority for developed countries around the world. Meanwhile, the increasingly strict health codes have become a nightmare for those that export large amounts of food.

A food safety crisis can have a huge impact on food production and trade. It can determine the competitiveness of the primary sector and influence consumer demand.

A food safety crisis can change consumer habits and increase food insecurity. Plus, poor communication and misinformation often increase alarm among the general public. This, in turn, increases the severity and the duration of the impact the crisis will have on the industry as a whole.

Impact on the food industry

Any food health crisis has an instant impact in the wider food industry, and has a huge impact on how the industry will evolve in the years to come. Consumer mistrust has a direct effect on supply and demand, and can be further exacerbated by poor communication and lack of information.

If panic or mistrust develops around a certain type of meat, such as beef, we tend to see a decrease in the consumption of that meat. Conversely, sales of other types of meat rise, as well as alternative sources of protein such as fish and vegetarian meat substitutes. However, it’s important to mention that a food safety crisis can have different consequences depending on the country or countries that are affected.

After the mad cow disease outbreak, many countries struggling with famine requested the meat that the EU went on to destroy.

The consequences of a crisis: public alarm

Earlier this year, several countries reported outbreaks of listeriosis, with infected meat identified as the source. In Spain, one woman died while hundreds more ended up in hospital. In the days and weeks following the death, reports on the crisis continued to make headline news, with many sensationalist stories circulating on social media. While it’s important to report on stories concerning public health, the way the media handles these stories is a major problem.

Today, the misuse of social media outlets causes panic to spread more quickly among the general public. For the media, food safety crises make for the perfect front-page news. This, combined with a lack of understanding, creates a climate of fear which is often very different from the reality.

When faced with a food safety crisis, it’s important to seek advice from the proper authorities, who can provide you with all the information you need. Be discreet, and follow instructions carefully to help prevent the outbreak from spreading. There’s no need to take drastic measures or stop eating a certain food unnecessarily. At the end of the day, it’s consumers and farmers that suffer most. 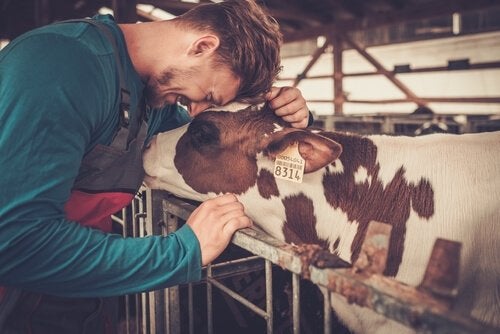 Pharmacological Products for Farms
Pharmacological products are part of the basic equipment of a farm and very important as preventive measures, and to take steps against animal diseases. Read more »
Interesting Articles