The Importance of Vitamin E for Cats and Dogs

Pet food should contain all types of nutrients, including vitamins and minerals. That being said, we want to talk about the importance of vitamin E for cats and dogs. 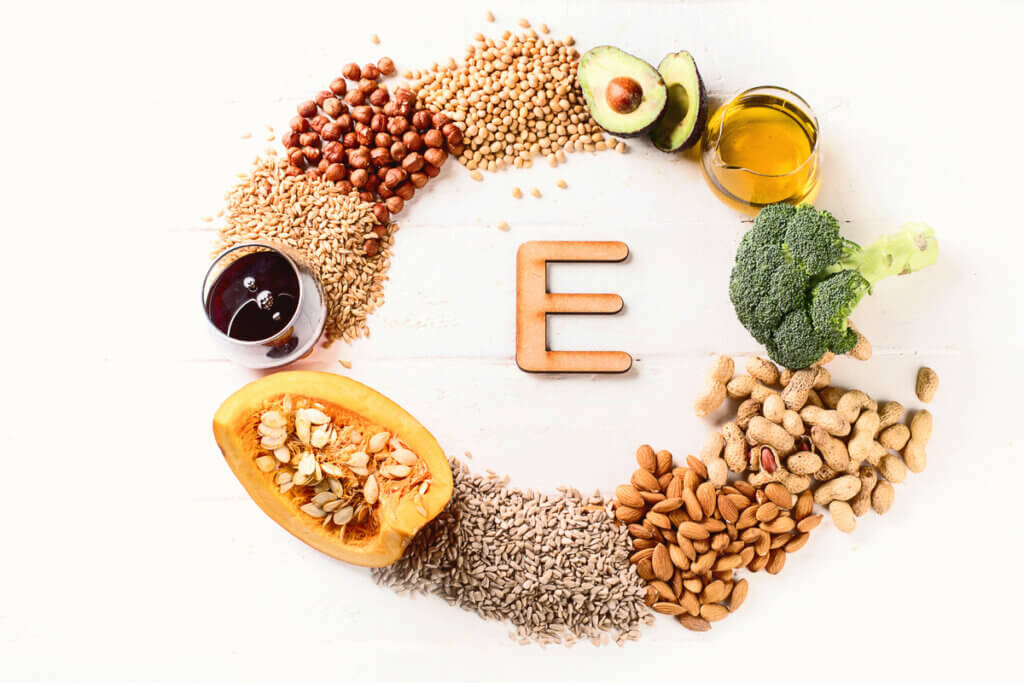 Like other nutrients, vitamins, such as vitamin E, are essential in our diet. Each of these dietary compounds has specific functions in the body, both in humans and in other animals. Do you know what vitamin E is for? Why is vitamin E for cats and dogs so important? Next, we’ll review all the information you need to know about this vitamin.

Uses of vitamin E for cats and dogs

Since pets are a member of the family, owners need to fully invest in their welfare. An essential part of their health is, without a doubt, their diet. For that reason, below, we’ll comment on some aspects regarding vitamin E and its relevance in dogs and cats.

Discovered in the year 1920, it wasn’t until the year 1980 that vitamin E jumped to fame and became known to the general population. Specifically, vitamin E groups together a set of substances, which have an important antioxidant effect. They’re the following:

What does it do in our bodies?

Thanks to this antioxidant effect, the function of this vitamin E for cats and dogs is clear, since it acts positively on the animal’s immune system. Particularly, it’s an important regulator of biological processes.

In particular, vitamin E protects the body against free radicals. These free radicals are products obtained in cellular metabolism. The role of these secondary by-products in the body isn’t positive, since they contribute to cellular aging and DNA destructuring, among other things.

In this way, vitamin E protects cell membranes from radical damage. At the same time, it also strengthens dogs’ and cats’ immune systems.

It’s also been observed that this vitamin is essential for animals to develop strong muscles. What’s more, its presence is beneficial for a healthy circulatory system. Of course, this is a multifaceted vitamin and is necessary for the proper development of life.

When an animal’s body is lacking vitamin E, some specific symptoms have been observed in dogs and cats. Among them, the most notable are the following:

On the other hand, the symptoms change when there’s an excess of the substance in the body. The most striking sign of this excess is its effect on coagulation. As demonstrated in cats, if levels are high, then it increases blood clotting time. Therefore, care should be taken in animals with heart disease.

Some studies have shown the usefulness of this compound in the treatment of certain diseases. This is the case with the study of vitamin E supplementation to treat canine atopic dermatitis.

According to this research, a group of dogs receiving vitamin E supplementation reduced their symptoms of dermatitis. In particular, an overall visual improvement in skin condition was observed in the supplemented dogs.

Other animal studies have demonstrated the role of vitamin E in the immune system. For example, one focused on rainbow trout. The results will surprise you.

What food can you find vitamin E in?

Fortunately for living beings, this important compound is present in different foods, such as those mentioned below:

It can also be obtained from some animal products, such as cow or pig liver. In this way, food containing this vitamin can be included in the diet, such as the well-known BARF diet.

In addition, a relationship between fatty acids and vitamin E has been observed. The greater the presence of the former in the diet, the more vitamin E is needed. This way, the liberation of free radicals and cellular damage will be combated and, indirectly, thanks to the vitaminic contribution, this will contribute to preventing heart disease.

How to give vitamin E to your dog and cat

You can find different formats to administer vitamin E to your dog or cat on the market. For example, the most required routes of administration are the following:


As a final note, it’s important to emphasize that the main producers of food for dogs and cats are conducting research on the subject. Their objective is to include the vitamins in their products in a more effective way.

Even so, with the advice and guidelines that we’ve collected here, owners will be able to ensure that their pet receives the necessary nutrients, such as vitamin E. At the same time, animals will enjoy a meal with good nutritional and functional content.

Why Does Vitamin D Influence Pet Health?
Unlike people, dogs and cats don't synthesize large amounts of vitamin D and are dependent on diet. Learm more in the following article. Read more »
Link copied!
Interesting Articles
Exotic Pets
The Iguana's Diet and Its Importance to its Health

Cats
How to Feed a Pregnant Cat

The diet of a pregnant cat is decisive for the healthy fetal development of its kittens. In fact, it’s very important to feed a pregnant cat properly to avoid putting…

Exotic Pets
The Care of Triops and Keys for Their Development

Triops are a genus of animals belonging to the class Branchiopoda. We're talking about some really prehistoric beings. In fact,…

Cats
Starting a Diet for Cats

Throughout the different stages of a pet's life, the owner may need to adjust its diet according to specific different nutritional and energy requirements. A kitten, a senior cat, or…