Socializing Your Pets is Important

The key to socializing your pets it's to allow them to be comfortable with others when they're very young --not too long after they're born. Older pets can still be trained, but doing so will require a lot more effort. 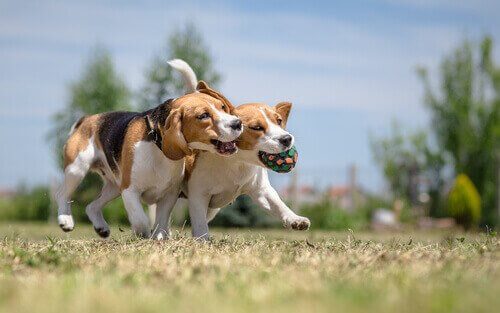 We’ve already discussed in detail how socializing your pets is so important because it helps them to be grounded and happy, and also on their best behavior.

It’s a well-known fact that both humans and canines are social creatures that enjoy the company of others. (Although, as with everything, there are exceptions). Furthermore, dogs have an ingrained need for socialization. Read on to find out more about it and to learn about how this benefits your furry pal.

The reason for socializing your pets

Animals, from birth, need several weeks, and, in some cases, several months of quality time with their mothers and siblings to lay the foundation of their personality.

This will determine their behavior for life. The postnatal period is the most important in the life of any animal. Especially if we’re going to adopt it as a pet.

A pet that doesn’t socialize well during this first period of its life tends to be aggressive and disobedient. And, in many cases, it may even have mental problems and display destructive behavior.

Therefore, socializing your pets is the first step towards their healthy development. Then, when it comes into your home, it’ll start the process of a different kind of socialization, and that’s important as well.

It’s normal that even after having been socialized in their first weeks of life, a canine will be shy or frightened upon arrival at a new home. But that’s where you come in — to help the puppy feel safe and to continue its process of socialization.

The way you socialize your pets will make a difference in their personality, because it could either be shy and fearful or a happy-go-lucky, friendly canine. Be aware that socializing your pets isn’t just about spending time with other animals or people, but also about getting used to everyday sounds at home or outside. A well-socialized pet should be familiar with:

Keeping puppies in a “glass bubble” isn’t a good idea. By doing so we won’t be fulfilling our duty to teach them to socialize properly and get used to a normal life routine.

Keep in mind, however, that the exposure to various forms of stimuli must be gradual. If not, then trying to force the situation could lead us to obtain the opposite effect.

Can you socialize an adult animal?

Everything we’ve talked about is a great strategy if we adopt a puppy and bring it home. But, what if we adopt an adult animal who exhibits the behavior associated with a badly socialized pet? Well, in this case, you’ll have to find out if it’s possible to socialize adult canines, and how to do it.

Obviously, this is a more complicated task, because with a puppy you start from scratch, and in the case of an adult dog you’ll have to eradicate bad behavior and then replace it with desirable behavior.

It’s not easy, but it’s not impossible either. Gradually introduce the animal into its new environment and give it time to get used to it. Most importantly: be patient and consistent.

Try to encourage your dog to interact well and peacefully with other animals and people. And always rewards her efforts and achievements by practicing positive reinforcement. This is undoubtedly one of the best methods to teach an adult dog to socialize.

Yelling, hitting, or any other form of frustration-rooted punishments will only accentuate your canine pal’s bad behavior.

If you think it necessary, hire a professional dog trainer to give you a hand. Because, as we said at the beginning, the socialization of adult pets is not simple. However, if you give your utmost to training your pet, then you’ll eventually have a very well-grounded, happy pet.

How do Dogs Process Words and Commands?
A new study delves into the brain mechanisms that dogs use to differentiate and process words, and just what they understand from them. Read more »
Link copied!
Interesting Articles
Behavioral Problems
More Than 72% of Dogs Suffer from Anxiety

The Border Collie is one of the best known dog breeds in the world. One of the most outstanding characteristics…

The Belgian Shepherd dog is one of the most popular choices when it comes to working as police dogs, therapy…