The contagion of this ocular inflammation between cats is quite common when there are many of them living together, especially in small spaces. 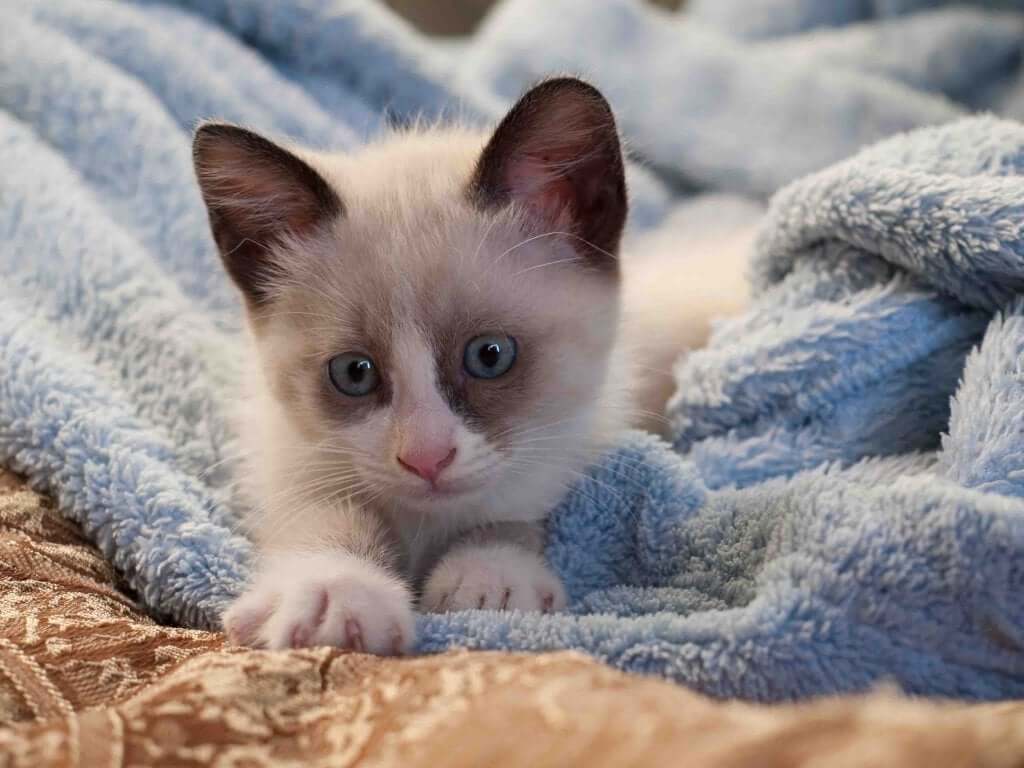 When a cat shows tears or inflammation in one or both eyes, it may be a sign that it has been infected with feline chlamydia. This highly contagious disease occurs mainly in places where many cats live together in confined or small spaces. As the name suggests, it’s a feline disease and there’s no strong evidence of it being contagious for humans.

The cause of this feline disease is a bacteria called Chlamydophila felis (also chlamydia felis). However, as it isn’t resistant to the environment, it requires a cat as a host for its survival.

Feline chlamydia is suffered by cats of all ages and all over the world, but it mainly affects animals that are between five weeks and three months old. In addition, it’s often difficult to eradicate in breeding centers and animal shelters, where the stress that the kitties can suffer causes their immune system to weaken.

With an incubation period of 3 to 10 days, the formerly called feline pneumonitis is rarely fatal. However, it can be if there are complications when combined with other animal health problems, such as rhinotracheitis.

Signs and symptoms of feline chlamydia

The first manifestations of feline chlamydia consist of aqueous discharges in one or both eyes. It appears as if liquid has been poured into the cat’s eyeballs. In addition, inflammation and redness in the cat’s third eyelid are often very noticeable.

As the days go by, the secretions will become more viscous and take on a greenish color. By this time, the other eye may have become infected as well. Corneal ulcers may also occur if a vet doesn’t see and treat the cat quickly.

If the cat’s nose also becomes compromised, there will be nasal discharge and the animal will begin sneezing excessively. However, the infection rarely reaches the lungs.

In addition, it’s possible that the cat may also have a fever. Nevertheless, it’s unlikely that it will lose its appetite during the development of the disease. If the cat does lose its appetite, you’ll need to encourage it to eat in order to prevent it from weakening and losing weight.

Treatment for this feline pathology

Although 30% of feline conjunctivitis is caused by Chlamydia felis, the veterinarian should confirm the presence of the bacteria through a laboratory test. In order to do this, the vet will take a sample.

Your veterinarian can confirm the diagnosis by taking a smear from the conjunctiva and finding the chlamydial organism on laboratory tests or under a microscope. Thus, it’s important to identify the organism that’s causing the disease in order to provide effective treatment.

Once the diagnosis is available, the vet will most likely prescribe antibiotics. These will usually come in the form of eye drops, but you can also administer them to your cat orally or intravenously.

Among the most commonly used medicines are:

These drugs should usually be given for about four weeks to ensure that the bacteria has been permanently removed. Otherwise, the doctor will evaluate how the treatment should continue. Be sure to follow directions carefully and for the full period prescribed by your veterinarian.

To reduce recurrence, vets usually continue the treatment even after signs have disappeared. So, even though your cat may look better, be sure to follow the treatment program for the full length of time the veterinarian has prescribed.

Cats with feline chlamydia should be in isolation from healthy animals to prevent the spread of the disease. In addition, we also recommend sanitizing the place with some commonly-used disinfectants to remove the bacteria, as it can survive for a short time on certain surfaces.

During the course of the disease, you must clean your cat’s eyes and nose with a wipe suitable for this task. The veterinarian will indicate which one is the most appropriate. Keep in mind that even weeks or months later, a dark, sticky discharge can remain, especially in the cat’s tear ducts.

We should also mention that we can prevent feline chlamydia through vaccination. However, this doesn’t 100% guarantee that the cat won’t develop this pathology, but it does greatly help with the symptoms. You may want to discuss with your veterinarian whether a vaccination is appropriate for your cat.

In any case, if you suspect that your cat has any symptoms of this illness, then visit the vet as soon as possible. This will allow you to avoid any major complications in the near future. In addition, this is the most important advice we can give regarding the health of our dear pets. We hope you found this article useful and wish you and your dear cats great health! Until next time.

6 Causes of Eye Problems in Cats
Cats can suffer from numerous eye problems and some are similar to those suffered by dogs. Eye problems in cats should be considered an emergency. Read more »
Link copied!
Interesting Articles
Cats
The Donskoy Cat: Bald, Affectionate, and Intelligent