Dogs follow their owners everywhere and it's something we're used to, but do you know why it happens? Here we try to give you an answer. 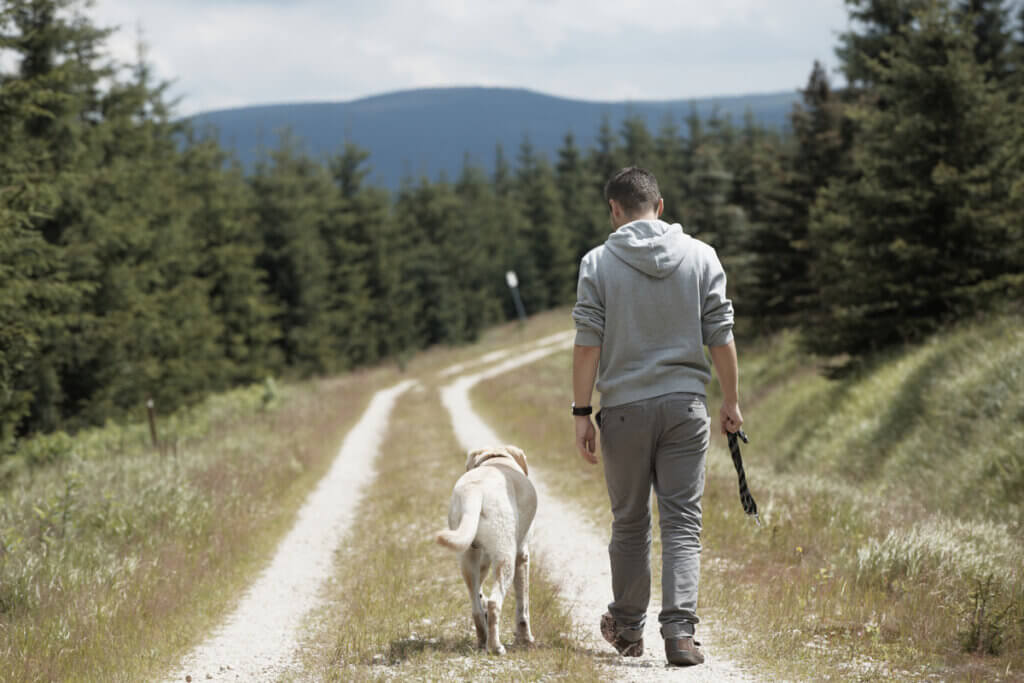 The fact that dogs follow their owners everywhere is something we humans take for granted. Any person who lives with a dog at home will affirm that their dog is almost an extension of themselves. That’s because their pet accompanies them everywhere and seeks their approval and affection countless times a day.

Even so, ethology is not content with observing animal behavior and simply accepting. That’s because understanding why it happens is key to defining the species and our relationships with them. Therefore, in this article, we’ll try to explain why dogs follow their owners unconditionally.

Is it a matter of genes?

According to several experts, the main reason why dogs unconditionally follow their owners is because of genetics. Being direct descendants of the mammal Canis lupus (the wolf), experts assume that domestic dogs also have a predisposition to belong to packs.

This idea is not without controversy, since most detailed ethological studies regarding wolves have been recorded in captive environments. Many of these behaviors observed in confined spaces may be different in a 100% natural environment. If we’re not sure about the behavior of these wild canids in the wild, how can we possibly apply it to dogs?

Other people argue that canines associate their owners with the leading of its pack. This idea, again, is open to debate, since several studies show us that dogs are capable of understanding, recognizing, and discriminating human characteristics. It’s clear that no matter how much they respect and worship us, dogs know that we are not just another member of their species.

There is no denying that some kind of intricate hierarchy exists between dogs and their owners, but it’s not clear that this is in response to behavior inherited from staying in a pack. Since genetics doesn’t seem to be the definitive answer, let’s explore other possible explanations.

There are other possible factors that can encourage dogs to follow their owners continuously. Some of them are the following:

As we can see, there are multiple reasons why dogs are prone to not abandon their owners at any time. Besides affection and love, this promotes their own survival as individuals.

As commented in the studies cited above, dogs are capable of understanding our gestures, language, and tone. The longer they stay with their owners, the better they will be able to identify the moments that give them benefits, such as providing food or a walk. That’s right, dogs observe and follow us, partly because this promotes their own well-being and survival.

A behavior that’s the fruit of years of interaction

As we’ve seen, genetics is not always the best answer to everything. Dogs have been domesticated and interacting with humans for so long that they continually exhibit many behaviors that in the natural world seem counterproductive or atypical to us.

However, one thing is clear: Dogs admire and adore us. This isn’t only because we provide them with food and shelter, but also because we’re a reference point and basic pillar in their routine. Therefore, respecting them and accepting their company is something that every owner must do.