These creatures have starred in books and movies that have marked the childhoods of people around the globe. 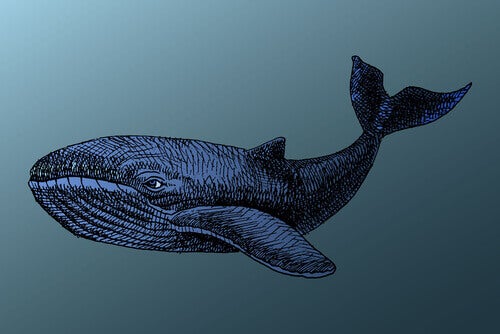 Books allow us to give free rein to our imagination, to identify with certain stories and, of course, to remember their most endearing characters. These are not always humans; famous animals in literature abound as well. Would you like to remember some of them? Then read on!

The whale that gives its name to the book is undoubtedly the protagonist of the story, although the narrative is focused on the voyage of a ship commanded by Captain Ahab. This book narrates the story of the chase of a huge white sperm whale and tells us about this typical fishing activity of the 19th century.

Moby Dick is doggedly pursued by the whaler, because in the past it was to blame for the captain losing a leg. It was also known to have wreaked havoc on several crews.

This famous animal is best known due to the Alice in Wonderland books and movies; along, of course, with the rabbit who’s always checking the time.

The Cheshire Cat—known for its big smile—has the ability to appear and disappear as often as it wants. It engages in philosophical conversations with little Alice and cheers her up on the Queen of Hearts’ croquet lawn after the Queen condemns Alice to have her head cut off.

This black panther is one of the characters in the famous novel The Jungle Book by British writer Rudyard Kipling. Its main role is to save Mowgli’s life from the clutches of the wolves and their chief Akela.

Together with Baloo the bear, Bagheera is one of the most famous animals in international literature. Both of them teach Mowgli how to survive in the jungle and face all manner of dangers. The personality of the panther in the book is similar to that of the species in general: cunning, wise, stealthy and silent.

Although The Chronicles of Narnia became famous a few years ago thanks to the movies, C. S. Lewis wrote the novel in the 1950s. One of the most famous non-human characters was Aslan, a talking lion, son of Allende, the Emperor-Over-the-Sea.

He’s a mysterious, very wise and compassionate animal who becomes a guide for children while protecting and saving Narnia. Aslan means ‘lion’ in Turkish and is a word that was used to name the sultans, due to their loyalty and bravery.

Finally, another of the famous animals in literature that became known through movies and cartoons. This friendly honey-loving bear is the protagonist of the books created by Alan Alexander Milne who lives in a house built inside a tree.

The story of Winnie the Pooh takes place in the Hundred Acre Wood and he’s accompanied by other characters such as Piglet (a pig), Tigger (a tiger), Rabbit, Igor (a donkey), Rito (a kangaroo), Lumpy (an elephant), owl and Mole.

Of course, there are many famous animals in literature who didn’t make it onto this list, such as the horse Rocinante from Don Quixote; Hedwig, the owl from Harry Potter; the wolf from White Fang or the fox from The Little Prince.

4 Dogs in Literature
Some of the most important works of literature have dogs in them. Read this list of the most know pieces of literature that have a dog in their plot. Read more »
Link copied!
Interesting Articles
Wild Animals
5 Animals that Live in Grasslands