The spread of this disease occurs as sick animals or carriers pass the infection to others through various bodily secretions. 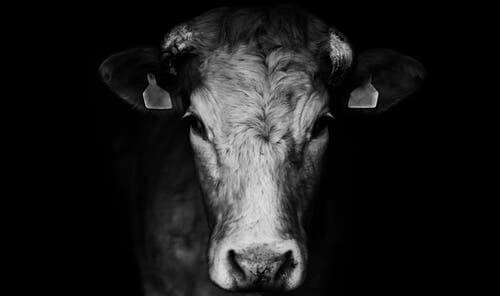 Bovine brucellosis is a disease that affects cattle. In fact, it’s enormously significant in this type of livestock. This disease, being a zoonosis, also affects human beings. In cows, it can cause miscarriage, weakness in the offspring, and placental retention.

This disease is caused by a bacteria called Brucella abortus. The bacteria infect the cells from within. As a result, this disease is very resistant to treatment, including the use of antibiotics.

These are very specific bacteria. On the one hand, other bacteria, such as those that cause salmonellosis, affect a large number of living beings. However, the causes of brucellosis are linked to bacteria that affect different animals.

How is bovine brucellosis spread?

Sick or carrier animals infect others through their secretions. Carrier animals are animals that are infected with brucella but don’t visibly suffer from the disease.

The causes of contagion are secretions related to the reproductive system and miscarriage. However, secretions such as urine, milk, and even sweat or a runny nose can also infect other animals.

The role of wildlife in transmitting this disease is significant. For example, there are diseases adapted to large cetaceans, seals, or even specific species of primates, such as baboons. In the case of Brucella abortus, it affects cows, buffaloes, yaks, and goats. However, it can also affect humans.

In cattle, this disease is usually mild. The most common symptom is miscarriage. However, it can also cause secondary inflammatory problems, such as arthritis and genital inflammations.

This disease significantly affects livestock welfare and production because it greatly reduces reproductive performance. In addition, it also causes weakness and mortality in calves.

On the other hand, this disease causes Malta fever in people. The symptoms of this disease are irregular fever, headache, weakness, chills, sweating, and general pain. However, it generally only affects veterinarians, farmers, and animal health personnel who work with cows. As a result, the hygiene measures for cattle miscarriages should be extreme.

People also refer to Malta fever as Mediterranean fever. The name of this disease is due to the fact that doctors discovered the disease during the Crimean War. David Bruce – whose last name gives the bacteria its name – isolated brucellosis in soldiers who participated in this military conflict.

If a cow has experienced miscarriages, then you can suspect brucellosis. However, only a vet can confirm this diagnosis. A vet will perform diagnostic tests to isolate and identify bacteria or the antibodies it produces in the animal’s body.

Currently, there are vaccines that use modified versions of the virus. This permits doctors and vets to control the disease in both cattle and people. However, the best method to avoid human infection is to control this disease in cattle and wildlife.

As a result, this is a reminder of the importance of veterinary medicine in human health and ecosystems, as well as in domestic animals. In fact, vets are sometimes in charge of preventing diseases from reaching use through food. This is thanks to the hygiene protocols in various companies.

Also, because milk is one method of infection, it’s especially important to only consume pasteurized products or products that have passed quality control checks. Having said that, the risk of becoming infected with brucellosis through milk is uncommon.

Cows
The Rumen, a Microbial Ecosystem Inside a Cow