The 10 Fastest Animals in the World

In this very interesting article, discover the ten fastest animals in the world. Read on to learn all about these amazing animals! 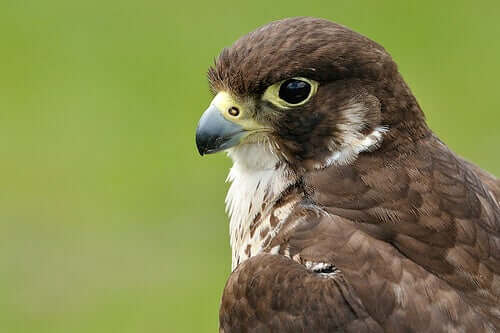 Not a lot of humans have Usain Bolt’s abilities. However, there are other beings capable of traveling at very high speeds, whether on land, water, or air. In the following article, we’ll tell you what the 10 fastest animals in the world are. You’ll never be able to beat them in a race!

What are the fastest animals in the world?

These animals can travel long distances in a short time due to their agility and dexterity. These are the fastest animals on the planet:

It flies through the clouds in an impressive manner. This majestic bird flies at an average speed of nearly 62 miles per hour. However, when it sees prey in the mountains (such as a mouse) it can travel at no less than 223 miles per hour. This falcon can fly faster than a Formula 1 car!

The second animal on the list of the fastest animals in the world can reach speeds of up to 74 miles per hour. This beautiful spotted feline is the fastest land predator that exists. It lives in the Middle East and in the African savannas. In addition, it often silently stalks its prey.

We now turn to the oceans, where you can find the sailfish. This interesting fish swims at the same speed as the cheetah (about 68 miles per hour). It has a fairly characteristic body, as it has an elongated bill and a dorsal fin known as a “sail”. Another interesting fact about this fish is that it can change colors to confuse its prey.

This is the fastest insect that exists. It’s astounding because it’s a small but dangerous predator (hence the name “tiger”). As it travels so fast, it must stop occasionally to focus. It can travel 8.2 feet per second.

This huge fish swims at a speed of 77 miles per hour when it’s hunting. People commonly refer to it as the “mako shark”. It’s very dangerous to people, as it doesn’t hesitate to jump on fishing boats to get food.

Although this colorful little bird is very small, it’s also very fast. So much so, that its wings can hardly be seen due to how fast it flies. This small 4-inch bird can fly at a speed of around 62 miles per hour. Another curious fact about this animal is that it’s the only species that can fly backward, hover in the same position in the air, or fly down (but it can’t swoop down like the hawk).

This amazing fish can measure up to 13 feet and weigh up to 1100 pounds. It’s notable for its elongated bill (hence the name “sword”) and is part of this group of the ten fastest animals, as it can swim up to 62 miles per hour when it’s going after prey. Also, it has a dorsal fin that allows it to jump out of the water without any problems.

Nobody can deny that felines are some of the most beautiful animals that exist. And also the fastest! In this case, the beautiful Siberian tiger can reach speeds of up to 56 miles per hour. This record is quite astounding, as it does it in the snow (where it’s easier for it to sink). In turn, this tiger is the largest of its kind and has a unique striped coat.

One of the biggest birds is also one of the fastest (the third, to be precise). Although it can’t fly and only walks on two legs, this feathered animal with an elongated neck can run up to 43 miles an hour and weigh 330 pounds. 1-month-old ostriches can reach speeds of 34 miles an hour. At any age, they can maintain their speed over long distances without tiring or stopping.

This final animal in the ranking of the 10 fastest animals in the world is a winged, semi-transparent insect. It can fly up to 62 miles per hour, although the average is 15 miles per hour (which is quite fast for an animal of that size). This animal only lives a couple of weeks. Perhaps this is why it’s in a hurry to go everywhere!

The Anatomy of Greyhounds: Why Are They so Fast?
Greyhounds are known for being one of the fastest dogs out there. Some say it's because they're hunting dogs, but the truth is that it's their anatomy. Read more »
Link copied!
Interesting Articles
Farm Animals
The Acclimation Capacity of Animals and How it Influences Farmers’ Choices