The 10 Smallest Animals in the World

If you think you've seen it all when it comes to nature, think again! We'll show you some of the smallest animals in the world. 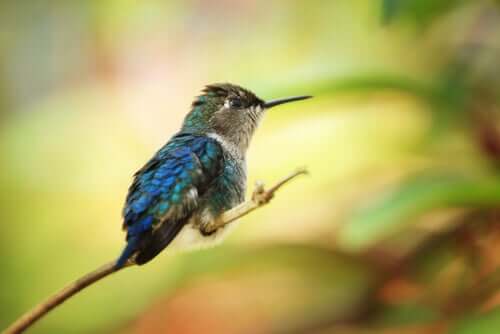 Sometimes we believe that we’ve seen everything when it comes to nature’s ways of surprising us. Today we want to show you how truly amazing nature is by showing you the 10 smallest animals in the world. Don’t miss out!

These are incomparable beauties, and even when you see them, you won’t believe it. They look like toys, as if they’re not real. Undoubtedly, this is a clear sign that nature always has more secrets to uncover…

The 10 smallest animals in the world

Without further delay, let’s take a look at the smallest animals:

The Titi Pygmy is a monkey that’s so tiny that it can fit in your hand! This is why it’s considered the smallest primate in the world. They live in the Amazon, especially in the forests of Colombia, Brazil, Peru, and Ecuador.

These monkeys don’t grow more than 14 inches tall. They don’t weigh more than 3.5 ounces as adults.

This animal can fit on your fingertip. Without a doubt, it’s the smallest reptile in the world, measuring less than an inch.

However, despite its size, this animal has truly incredible capabilities. Its color is imperceptible from its habitat. It has the perfect camouflage to hide from predators!

Although initially considered the smallest monkey in the world, experts have since changed this since they no longer consider this animal to be a primate. In fact, they’re not quite sure where to put this animal.

It’s is a rare animal with big, beautiful eyes that are truly unique. These eyes help him hunt insects at night, which is the only time this animal is awake. The tarsier is between 3 and 6 inches tall.

The same says it all! This animal weighs two grams and is about an inch tall. It comes from Thailand and Burma, and lives in lime caves.

This is the smallest known fish in the world. As an adult, this fish only measures around 8 millimeters. The first specimen that scientists discovered was found in the swamps of Sumatra in 2006.

Another unique feature of this animal is that you can see its brain through its skin. Due to the destruction of the swamps in Indonesia, however, this animal is in danger of extinction.

This is the smallest snake in the world. It’s less than one inch long and is only as wide as a piece of wool thread.

It eats larvae and comes from Barbados.

If you already thought a hummingbird was small, wait until you hear about this new species from Cuba.

This bird weighs less than two grams and only reaches up to two inches in length. It’s able to beat its wings 80 times a second. Its eggs are also smaller than a lentil! You really have to keep your eyes open to see one so you don’t confuse it with an insect.

This tiny creature lives in the Pacific. In total, from head to tail, it reaches not much more than half an inch in length.

However, this animal is an excellent swimmer since it lives at depths of up to 300 feet.

This animal is also from Cuba, like some of our other smallest animals. It measures just a third of an inch. It’s also possible experts will soon consider it the smallest frog in the world.

This is perhaps one of the best known smallest animals. It’s from Madagascar, and this small nocturnal primate measures between 2.25 and 4.75 inches. Unfortunately, due to the destruction of its habitat, it’s also in danger of extinction.

This is our list of the smallest animals in the world! If you know of one that we haven’t mentioned, let us know!