The reproductive system of pets is the reason behind many veterinarian consultations. In this article, we'll discuss three reproductive illnesses that can affect male dogs. 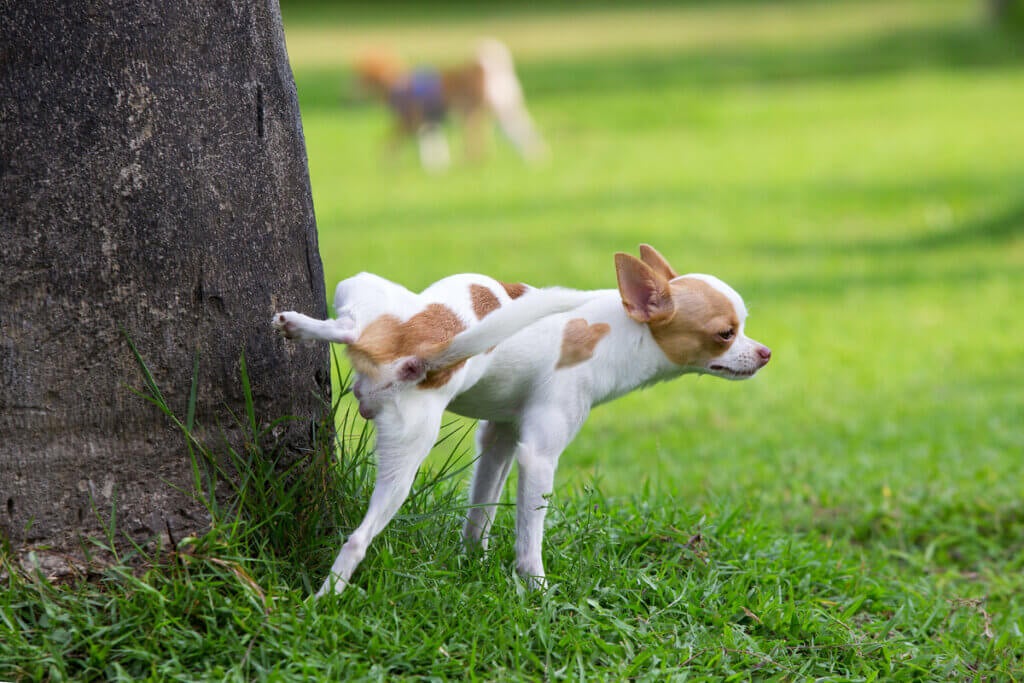 There are a number of reproductive illnesses that can affect dogs. However, we may often underestimate them because those that affect females get more attention.

This tendency is understandable since the female reproductive system is more complex. Just the same, male dogs aren’t exempt from suffering reproductive illnesses. Today, we’ll take a closer look at the three most common ones.

Paraphimosis refers to when a dog’s penis is incapable of returning to its usual position, inside the prepuce. This problem has several causes, but the following are the most noteworthy:

The problem is that failing to resolve this problem early on can result in an emergency. The prepuce compresses the penis so much that it impedes its venous return. This then leads to edema and the inflammation of the penis, exposing a very sensitive mucus membrane which is prone to ulcers and necrosis.

The detection and treatment of this pathology

What you’ll want to look out for is the appearance of the penis outside of the prepuce. In cases of paraphimosis, it will appear red and swollen, and your dog will be clearly uncomfortable. For example, he will excessively lick the area and show other signs of pain in the area. On occasion, dogs may self-injure or even self-mutilate.

In order to reduce inflammation, applying some ice to the area, along with lubricant, may be enough to allow for penal retraction. In most cases, animals will resist this kind of handling and may need a mild sedative.

But that’s not necessarily a bad thing. In fact, it may be an advantage since sedation produces generalized vasoconstriction, which helps reduce swelling.

If the underlying cause is a congenital deficit of the prepuce, the dog may require surgery in order to enlarge the orifice. If the organ is already necrotic, then the only option will be amputation.

Testicular torsion is another one of the reproductive illnesses that can affect male dogs. In this case, the rotation of one of the testicles around its axle (around the spermatic cord) is quite serious. It can result from various causes that lead to the rupturing of the scrotal ligament. The consequences include:

There’s a pathology in which testicular torsion is quite frequent, which involves neoplastic intraabdominal testicles. Since they greatly increase in size, they cause friction on the ligament and end up breaking.

How to confirm the diagnosis? Is surgery necessary?

If you notice an animal is in pain and has a swollen scrotum, you can suspect testicular torsion. What’s more, your dog may even refuse to walk and might self-injure the area.

As is evident, these symptoms will only be useful if the testicles are in the right place. In other words, it’s not a case of cryptorchidism (undescended testicle). In the case of torsions of intraabdominal testicles, there’s usually a greater overall worsening of the dog’s condition. What’s more, you may be able to palpate a firm mass in the animal’s caudal (abdomen).

In any case, the testicular torsion requires surgical correction. However, stabilizing the animal beforehand may be necessary if circulation has been compromised for a long time.

The prostate is a sexual gland that dogs have in the back part of their bladder, surrounded by the urethra. On occasions, bacteria such as Escherichia coli, Staphylococcus spp. or Streptococcus spp may invade this gland.

The usual cause is the presence of other underlying pathologies, like prostatic hyperplasia or squamous metaplasia. It’s likely that these illnesses will increase the number of bacteria within the prostatic urethra, leading to infection.

As for symptoms, dogs will display the signs of any other infection, like fever, vomiting, or abdominal pain. However, there may be localized symptoms as well, like pus on the urethral orifice, that can serve as clues. The confirmation of this pathology will involve:

What are the therapeutic options?

A fairly long antimicrobial treatment will be necessary–at least until there are no bacteria present in the prostate liquid. This is the only way to prevent the illness from becoming chronic. In the case that it does become chronic, surgery will be necessary.

The administration of hormones may also be useful in reducing the size of the prostate. But be careful! The continued administration of estrogens can produce prostatic metaplasia. And, as we already observed, this predisposes the animal to new prostatitis.

Stomach Pain in Dogs: Signs and Symptoms
Stomach pain in dogs can be very worrying for owners until they find out what's causing it. But a painful stomach is quite a common problem. Read more »
Link copied!
Interesting Articles
Mammals
Why Do Bears Like Salmon?