7 Places to See Animals in the Wild

If you want to learn about animals, it's best to see them in their natural habitat. Here's a list of seven places to see them! 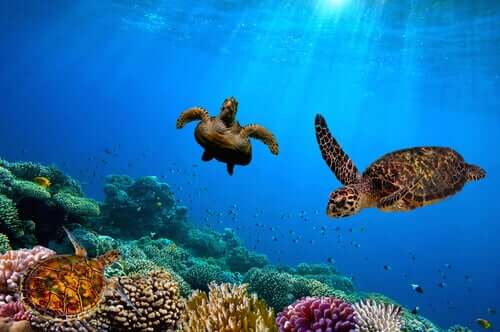 There’s no better way to learn about nature than to see animals in the wild, seeing them in their natural habitat where people are simply spectators.

Where to see animals in the wild

If you want to learn about wild animals and it breaks your heart to see them in captivity, then the best way is to organize a trip to any of the following places:

This was the first national park in Africa and is located in the Republic of Congo. It’s made up of two mountain ranges, the Virunga and the Ruwenzori. It’s known for being the natural habitat for mountain gorillas, which are unfortunately at risk of extinction due to poaching and wars in the country.

As well as these beautiful primates, you can also see hippos, elephants, giraffes, chimpanzees, buffalo, and native birds in this park of plains and plateaus.

If you’re ever going on vacation to Miami, we recommend a visit to the Everglades, a large wetland in southeast Florida. This is home to the famous American alligator, the park’s emblem.

The park organizes excursions using a hydrofoil, which is a watercraft that can easily cross the dense vegetation. Although it’s hot all year round, the best time to see animals in the wild is from November to April, with a little rain and less humidity.

These islands belong to Ecuador and are located in the middle of the Pacific Ocean and over 600 miles from the coast. They’re famous for their huge Galapagos tortoises.

This archipelago is of great biological and scientific importance because it’s where Charles Darwin began his investigations that would later form part of the theory of evolution.

Today, this site is perfect for observing animals in the wild. As well as tortoises, you’ll find land and marine iguanas, lizards, sea lions, and many birds, including finches, penguins, cormorants, herons, gulls, and swallows.

Located in Tanzania, this is one of the most famous parks in the world. The ‘big five’ all live here: the lion, elephant, leopard, rhino, and buffalo.

Of course, this reserve, the former home of the Maasai tribe, is home to many more species such as zebras, vultures, flamingos, storks, hippos, cheetahs, foxes, hares, and wildcats. Perfect for a family safari!

You can probably guess what’s here from the name… lots of marsupials! To get there, you’ll need to start from the Australian city of Adelaide. The island is about 62 miles south of the country.

A third of Kangaroo Island has been declared either a national park, a conservation area or a protected reserve, with Flinders Chase being the most visited area. This sanctuary is ideal for seeing animals in the wild. It’s even great for seeing species that have been brought from the mainland to prevent them from becoming extinct, such as the koala and the platypus.

In northeast Argentina, this 1.3 million hectare reserve is full of grasslands, canals, and wetlands. It’s home to the yacare, the capybara (a large rodent), the river wolf, the marsh deer, and the maned wolf. These last three are in danger of extinction.

The park consists of a number of ​​the estuaries making up an ecosystem flooded by water. Some 150,000 hectares were donated to the government through an ecological foundation. This was to prevent indiscriminate logging, poaching, and construction.

Although its name might seem difficult to pronounce, this Indonesian destination is becoming an increasingly popular place to see animals in the wild, particularly the huge whale shark. But don’t worry. Even though it’s the largest fish in existence, it’s completely harmless and approaches fishing boats every day in search of food.

Elephant Shot by Poachers Flees to Humans for Help
This news story is simple but surprising and, as always, is told from the human perspective. An elephant had been shot by hunters, managed to escape, and arrived at a house to ask its inhabitants for help. Read more »
Link copied!
Interesting Articles
Wild Animals
5 Animals that Live in Grasslands