Meet Tonka, the Australian wombat heartbroken by the loss of love 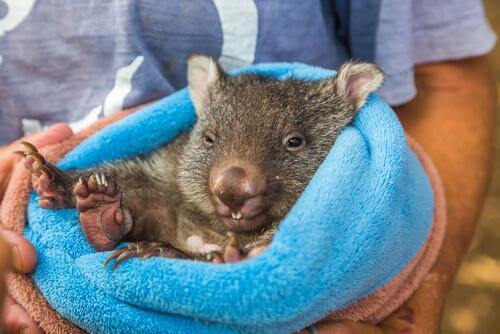 Love is the answer. For people and for animals. When we feel its absence we can become inconsolable. That’s what happened to Tonka, an Australian wombat who lost his joie de vivre when he found himself without the love he once knew.

First, a refresher course might be in order. Just what is an Australian wombat?

The wombat is unusual, even for a marsupial. They resemble a petite muscular bear more than their fellow marsupial the kangaroo, for example. The difference isn’t only physical. They also live longer than any other marsupial, usually around 20 years.

Wombats use their sharp teeth to feed on herbs and roots. They have sharp claws for digging deep burrows to hide in. They are mostly nocturnal but can sometimes be active during the day.

With the marsupial scene fresh in our minds, let’s explore the fascinating story of an Australian wombat named Tonka.

The story of Tonka, the wild Australian wombat

A vehicle ran over and killed Tonka’s mother while she was still carrying Tonka in her pouch. The wombat’s rescuers found him in that same pouch on the side of the road. You might remember having read something about it around the time it happened.

The news really captured the imagination of the public with the tragic death of the mother but the hope-inspiring rescue and subsequent recovery of the infant wombat.

Eventually, a group of environmentalists took charge of Tonka, and raised him in the Billabong Sanctuary in Queensland, Australia. Soon, Tonka became part of the family. He played and ate with the people there, and sometimes he sat down to watch a little television.

Tonka loved to sleep next to his teddy bear and get his belly scratched. He had the whole of Billabong park as his home. The park contained enough forest to allow Tonka to follow his instincts, and enough protection to be safe.

The park welcomed tourists and Tonka really enjoyed their visits. He liked to be cuddled, petted and generally pampered to the point where he would sometimes fall asleep in the arms of one of his visitors. Perhaps the loss of his mother had made Tonka more receptive to the tenderness he received from these tourists.

It all seemed like a fairy tale for the Australian wombat. Until the day in 2011 when tropical cyclone Yasi struck Queensland. The tempest devastated Queensland. Tonka’s home took a direct hit.

Due to the damage, the park shut its doors for the next 10 weeks. Tonka could no longer depend on the warmth and affection the tourists gave.

The wombat stopped eating and drank only very little over the following weeks. He fell into a depression that would bring even more troubles.

The wombat’s appetite didn’t return until the park reopened 10 weeks later. However, even though the wombat was eating again, he would never fully recover. The time without eating and drinking had irreversibly damaged Tonka’s kidneys.

According to the park’s owners, losing the loving interaction with the tourists brought on Tonka’s slow decline. He died from kidney disease this year at the age of 7. He led a happy life, despite the tragedy at the end.

Perhaps it was just his destiny to live a life full of love, short but sweet.

After hearing of his death, many of the park’s visitors recognized the special contribution of Tonka to his home. Some left their remembrances on social media, including one which said “I’ll never forget your funny way of wiggling. Thank you for your love. Rest in peace.” 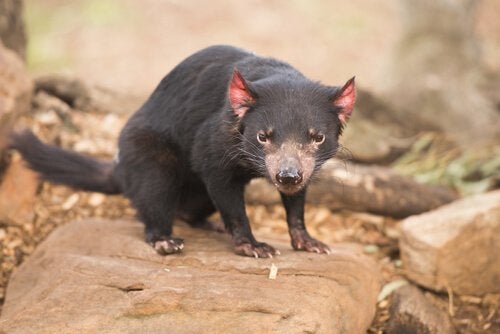 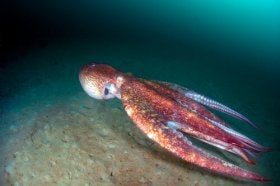 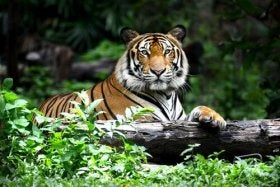 Climate change, illegal hunting, deforestation, and pollution are having a devastating impact on our planet. In this article, we’ll tell you about 10 species at risk of extinction, so that we can raise awareness and, together, help stop them from… 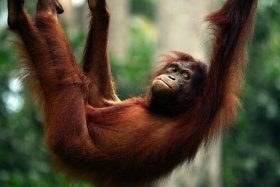 Our planet is home to several different species of primates. The best-known species are probably the chimpanzee, gorilla, and orangutan, with the last two being the largest primates in the world. Today, we want to tell you everything you need… 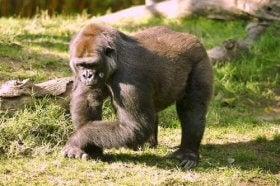 Wild Animals
The 8 Strongest Animals In The World

Would you like to learn about the strongest animals on the planet? While they’re not necessarily the largest species, they have the ability to lift objects their own weight or heavier. Keep reading, and we’ll tell you all about them.…