These migratory birds in habit temperate zones, which are the best places for them to eat and reproduce. However, they can also travel thousands of miles per trip. They also stand out for their bright, striking colors, as well as for their long, thin legs. In addition, they fly in a very elegant way. 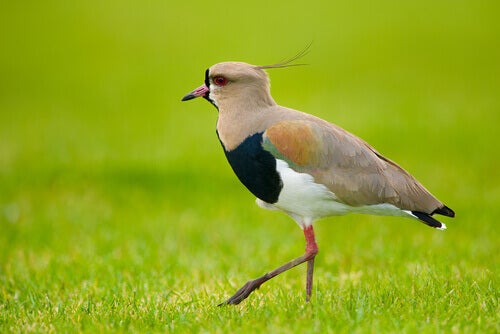 Although you’ve probably heard of the most famous wading birds, such as storks and flamingos, there are many different species of wading birds. These birds live on all continents except Antarctica. In this article, we’ll talk about some of the common characteristics of all specimens of this great family. However, there are certain differences between these animals.

Long-legged birds are characterized by having long, thin legs called tarsus that don’t have feathers. They also look majestic while flying. In addition, they can travel long distances to warmer areas during summer and spring.

Generally, you can see these birds from April to September in the northern hemisphere. Then, they spend from October to March in the south. Their nomadic lifestyles allow them to find the best places to feed, reproduce, and take refuge.

For example, when it gets really hot or an area is crowded with people or other animals, wading birds migrate to calmer, sparsely populated areas. They do this in order to raise their chicks and provide themselves with the necessary amount of food.

These birds don’t like to feed in waters that are too deep, even though have long beaks. These beaks are also strong enough to find fish, crustaceans, and other delicacies. However, wading birds prefer to stay on the banks of estuaries, beaches, coasts, and marshes.

One peculiar feature of wading birds is that they live in large flocks. This is unlike many birds that live alone or in pairs. Wading birds live in groups to protect themselves and be safer.

For example, groups of birds prevent predators from attacking or making their tasks more complicated. In fact, you can even see mixed flocks – made up of birds of different species – because it can give them more protection.

The wonderful flight of wading birds

In terms of flying, this is another interesting feature of birds in this group. In fact, it’s actually a wonderful spectacle. Hundreds of birds fly very close to their companions. Then, they move together as if they are rising and falling in the air.

How birds do this is truly amazing. There is one bird that is the “pilot” or “captain” that leads the way. For example, when the leader performs a specific movement or maneuver, all the other birds imitate them. They do this because they know that sometimes their survival depends on sticking together.

Many wading birds travel thousands of miles to the furthest coasts and areas, depending on the time of year. Often, they need to cross oceans during their migration. In addition, since they can’t swim, they don’t even rest on the water.

Therefore, to have enough energy for this tremendous journey, they accumulate fat for a few weeks beforehand. They do this by consuming everything they find on the coast. For example, in just a few days, these birds can actually double their weight. They use this to provide fuel for their trip.

However, not everything is easy for these birds during their journeys. In fact, they face hundreds of dangers. Unsurprisingly, the most damaging thing they encounter as humans. As a result, hunting these birds has reduced the populations of various species.

In addition, the disappearance of large areas of water, marshes, and lakes has also led to a change in the habits of these birds. It has also caused their survival rate to significantly decrease in recent years.

Within this great family, we can divide specimens into two groups. On the one hand, we have Ciconiiformes. This group includes herons and storks, among others. Then, on the other hand, there are Gruiformes. These include cranes and coots.

The first group is large, long-necked, aquatic birds. They have the ability to fly long distances, and they feed on fish, frogs, and small mammals. Ciconiiformes also inhabit warm and temperate regions of Europe, Asia, and Africa. In fact, only three species are found in America.

Gruiformes are terrestrial or diving birds. They are smaller and very different from each other. These birds are usually skittish and inhabit dense, humid vegetation, such as lakes and swamps. They also can run very fast thanks to their long legs.

Animal Migration: When Does It Happen And Why?
Animal migration is truly a wonderful sight. As the seasons change, flocks of birds cross the sky and marine animals swim many miles to warmer waters. Read more »
Link copied!
Interesting Articles
Birds
Discover Panama and its 5 Most Common Bird Species

Interesting Articles
Illnesses and Treatment
Sexually Transmitted Diseases in Dogs: Which Are the Most Common?