Six Exotic Relatives of the Chicken

Sometimes the domesticated animals we all know have very exotic living relatives. This is the case of chickens, which share a history with numerous species spread over several continents. 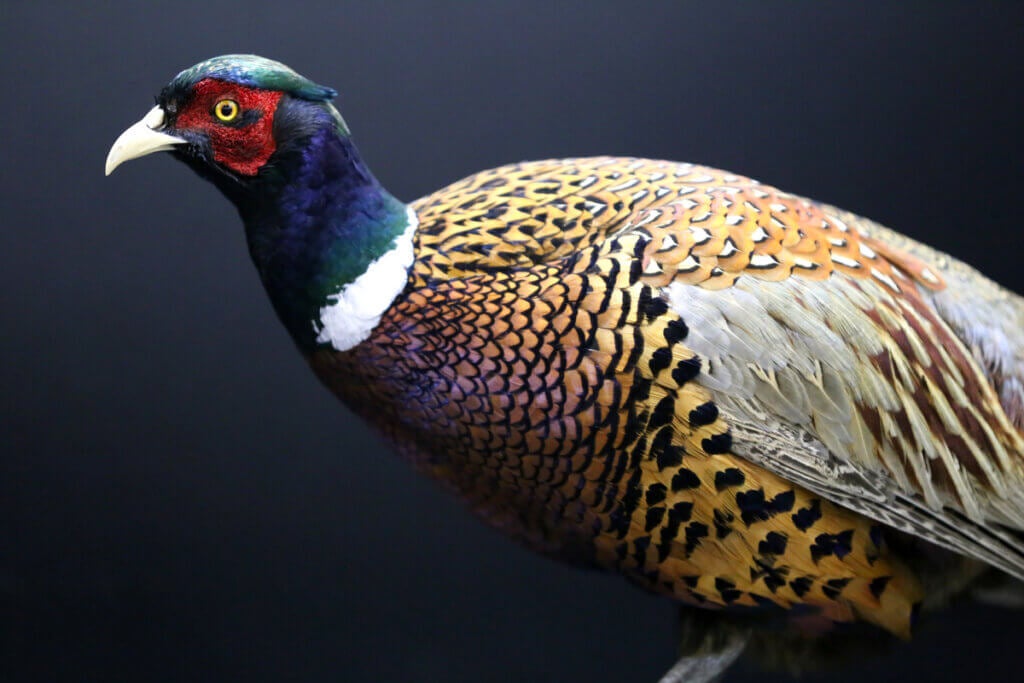 The galliform bird order, also known as gallinaceous birds, includes more than 280 species. Domestic chickens are also in this order under the genus Gallus. In the same genus, we can find some of the chicken’s well-known relatives like the partridge and turkey. But what about the more exotic relatives of the chicken?

Although many of these species are rather unknown, they share many of the same characteristics as domestic chickens. For example, they are generally poor flyers and can only fly for short bursts, and relatively close to the ground. This is because they have heavy bodies and short wings, although there are some rare exceptions.

Below, we’ll talk about some of the more exotic relatives of the chicken.

Bonasa umbellus is a galliform bird endemic to North America, inhabiting the region from Alaska to the Terra Nova islands. Unlike many other galliform birds, including the chicken, ruffed grouses are monogamous creatures.

The male mates with a single female, who he attracts by loudly drumming his wings, which echoes through the forest. As the female approaches, the male raises the black plumes adorning his neck and tail feathers and struts before her.

Centrocercus urophasianus is commonly known as the greater sage-grouse or sagehen, referring to the plants it frequents. It’s the exotic relative of the largest chickens in North America.

During the mating ceremony, its tail stands up straight to reveal a toothed fan. At the same time, the bird puffs up a bag on its neck, exposing two orange air sacs. These sacs are so large that its head almost disappears into the mass of flesh and feathers.

Lyrurus tetrix is a symbol of the European Alps. The species is sedentary, polygamous, and quite sociable. They live on the edge of the moors covered with abundant and rough undergrowth. The male is also polygamous and establishes special areas for his courtship rituals.

These rituals consist of group dances with several males. The birds repeatedly bow their heads while fanning their tails, jumping, and getting into fights. The frenzied performance is accompanied by cackles, wheezes, and other sounds. Thus enticing females to go to the ritual and choose a mate.

Opisthocomus hoazin is an odd-looking bird in the Opisthocomidae family. It lives in the tropical areas of the swamp zones surrounding the Amazon and Orinoco rivers in South America. It feeds on aquatic plants on the river banks.

The hoatzin is often associated with birds that became extinct millions of years ago due to its reptilian features.

Hoatzins have strong legs, but not strong enough to support the bird when balancing on a branch. Therefore, the bird rests on its sternum, which will eventually become covered in calluses.

This bird also has a strange digestive system. Although it has gizzards, they are very small, meaning they can’t process as much food. However, its crop is large and highly developed, with a spiked lining that helps grind food. That’s to say, the crop does what the gizzard would normally do in any other bird. The hoatzin’s crop takes up considerable space in its chest, throwing it off balance after a heavy meal.

Numida meleagris is known in poultry farming as vulturine guineafowl due to its resemblance to vultures (of the genus Vultur). Like vultures, helmeted guineafowls are featherless on their heads and necks, except for a small, bright collar, which stands out from the rest of its plumage. As for the rest of its body, it’s oddly shaped with long, different color feathers on its chest.

The helmeted guineafowl is not a good flier, but is known for its running skills.

Tetrao urogallus is the largest of all the wild roosters. It can weigh up to seven kilos (15 lbs) and its wings span an incredible meter and a half (5 feet). The western capercaillie inhabits all of Europe, from the Scandinavian peninsula to Lake Baikal in Siberia.

However, in the Iberian Peninsula, there is only a small population in the mountains. Because of this, in 1979, Spain made it illegal to hunt western capercaillie. The bird has been classified as a protected species in the country since 1986.

During mating rituals, the males let out a hoarse cry, almost like a cow’s moo, which is a challenge to the other males. Western capercaillie fight fiercely, abandoning their hiding places. The rest of the time, however, they remain sheltered in the thick coniferous forests, on the edge of high cliffs.

Their courtship ritual is spectacular. The male perches up high and makes a high-pitched call. Then the pantomime begins: it raises its head, spreads its tail, lowers its wings, and swells the feathers of its neck. Next, they take a few steps, alternating with big jumps.

As we can see, there are several exotic relatives of the chicken that all have different ways of life and mating. Despite having evolved independently for many years, these birds share similar traits that ultimately include them in the same order.

Learn the Breeds and Sizes of Chickens
This article will teach you about the various breeds and sizes of chickens and their numerous characteristics, including their exquisite plumage. Read more »
Link copied!
Interesting Articles
Birds
Discover 5 Different Types of Owls