Which Are the Fastest Birds?

It's not all about speed, since few birds can reach more than 186 mph. In fact, one bird surpasses all expectations. They're not athletic, and their bodies aren't aerodynamic, but they can travel more than 4000 miles at 62 mph without resting. 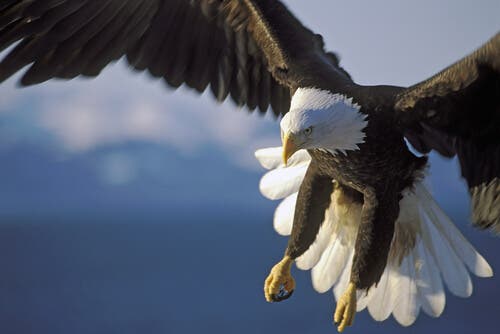 The world’s fastest birds can easily fly and hunt at 186mph. Their bodies are perfect for life in the air and can survive different pressures and temperatures in the atmosphere. Here are the fastest birds on the planet:

Peregrine falcon: the fastest bird in the world

The peregrine falcon is the fastest bird and the fastest animal on our planet. They’re good hunters and can easily fly at 217mph in pursuit of prey.

According to official records, the highest officially measured speed of a flight peregrine falcon was 239mph in 2005.

However, specialists estimate that these birds reach 248mph at low altitudes and could exceed 372mph at high altitudes.

The body of a peregrine falcon has small bone tubers to prevent injury while hunting. If they didn’t have them, they could easily injure their lungs and other body tissues in changing atmospheric pressures. This adaptability allows them to gain speed from high altitudes to catch their prey.

Great snipes are typically shorebirds that have small, chubby bodies. However, their seemingly unathletic physique doesn’t stop them from holding a world record. These birds have the fastest recorded flight over long distances, without stops.

Recent scientific observations revealed that great snipes carry out their entire migration at an average speed of almost 62mph. This means traveling more than 4160 miles, from Sweden to Africa, at a constant high speed without stopping.

The discovery is thanks to a group of biologists who captured 10 great snipes in Sweden to analyze their flight behavior. The scholars placed geolocators on the selected birds for their migration from Europe to Africa.

They were surprised at the bird’s speed, especially as their body isn’t very aerodynamic. In 2010, after a year of observation by these scholars, the great snipes were recovered and released without the devices to continue their normal life.

Researchers currently believe that their ‘chubby’ bodies reserve the energy they need to fly so many miles without stopping. Otherwise, they’d need to stop constantly to feed and hydrate themselves during their long journey.

This also explains why these birds acquire more intense eating habits during the fall. Their bodies need to store nutrients to migrate during the winter.  In fact, great snipes tend to double their weight in the weeks before the start of their transcontinental migration.

More of the world’s fastest birds

Golden eagles are highly appreciated not only for their agility, but also for their beauty and hunting skills. During flight, they can easily reach 186mph and are ruthless hunters.

They belong to the Accipitridae family and is the most well-known species of prey on our planet.

These untiring birds can exceed 124mph and can reach insects and small birds in full flight. They spend almost all their lives flying, except when raising their chicks.

Brazilian mergansers look quite particular thanks to their quiffs and bills. Males and females have a prominent feathered quiff that usually measures about 4 inches.

In addition, they have a group of small teeth on the lower and upper jaws of their beaks. They’re small birds that measure around 20 inches and can hunt at around 100mph during flight.

Northern gannets stand out for their white plumage with black tips and their cream-colored heads; however, this plumage only develops completely in both sexes from the age of four. They’re very attractive birds and can reach 100mph during flight.

The 10 Fastest Animals in the World
In this very interesting article, discover the ten fastest animals in the world. Read on to learn all about these amazing animals! Read more »
Link copied!
Interesting Articles
Birds
Discover 5 Different Types of Owls