The Amazing World of Birds of Prey

These carnivorous birds have strong claws that trap their prey to hold them to the ground and tear their meat with the beak; their vision is exceptional, so they detect small animals from above . 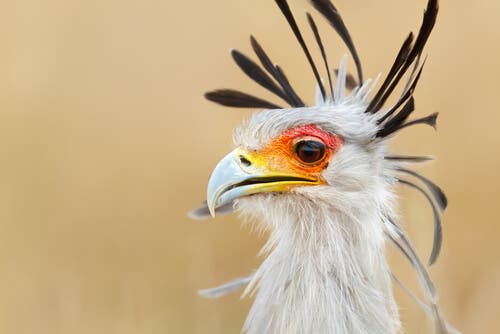 Birds of prey are one of the most charismatic birds in the animal world. It’s not a taxonomic group itself, but rather a group of species that are collectively carnivorous. These birds can be used for the sport of falconry.

Most of these birds have a curved beak, which allows them to tear food. They also have strong claws that allow them to catch prey and pin them to the ground while they tear away meat with the beak.

Birds of prey have pretty much the best vision in the animal kingdom, with large eyes, which can detect small prey like rodents. Some species such as the royal eagle can even catch larger prey, such as lambs.

Nocturnal birds of prey include owls, also called Strigidae and Tytonidae. These birds are characterized by adaptations to improve their hearing ability and reduce the noise they make when flying.

They live at night, where hearing is much more important than sight. Their round faces and short beaks are perfect for night hunting. This concentrates the sounds of their prey much better and they’re very sensitive to small movements.

Their feathers are pure natural engineering, which has inspired even aeronautical engineers. These birds’ wings have special characteristics: a strip of rigid feathers on the front, a flexible crest on the outside, and velvety towards the top.

This makes some nocturnal birds of prey, such as the tawny or common owl, highly specialized predators. They even have the capacity to detect prey under the snow, while they’re practically imperceptible by their prey.

There are many daytime species. the best-known are eagles, as they’re the largest hunters and can be seen all over the world. Among them we have the imperial eagle or the common buzzard, in addition to the white-tailed eagle and the harpy eagle, which are some of the most striking birds of prey for their size and their hunting techniques.

Falcons and kestrels are smaller, but they’re the fastest animals in the world; the peregrine falcon can reach 236mph. Goshawks and sparrow hawks can’t travel as fast but they’re very agile, meaning they have a lot of maneuverability, which allows them to tackle forests with ease.

The secretary bird is the most striking daytime bird of prey thanks to its plumage and the fact that it doesn’t hunt from the skies. Instead, they use their long legs to attack and catch their prey. They can be seen in many African ecosystems, mainly south of the Sahara.

Falcons and kestrels are smaller in size, but they are the fastest animals in the world; the peregrine falcon can reach 236mph.

These birds could be included in the daytime species, but vultures are a very particular bird of prey. While some birds of prey eat carcasses, such as the white-tailed kite, vultures and condors are experts in eating carrion, and that’s why they barely kill prey for themselves, despite being the largest birds.

What are birds of prey for?

Birds of prey are heavily threatened by drugs such as diclofenac, or toxic lead found in the bullets of hunters. Protecting them is vital, as they are natural “pesticides” that keep micromammals at bay, and are especially important for maintaining ecological balance.

Vultures, for their part, are essential to prevent the spread of diseases and the pollution of natural water sources. In fact, the decline in the vulture population has, unfortunately, led to genuine humanitarian crises in countries like India. In short, protecting these birds brings many benefits to humans. One more reason why we must protect the planet.