The Prickly Shark: Characteristics and Habitat

The prickly shark is an animal of the ocean depths that migrates every night to the surface of the water. It's a mysterious and enigmatic shark. 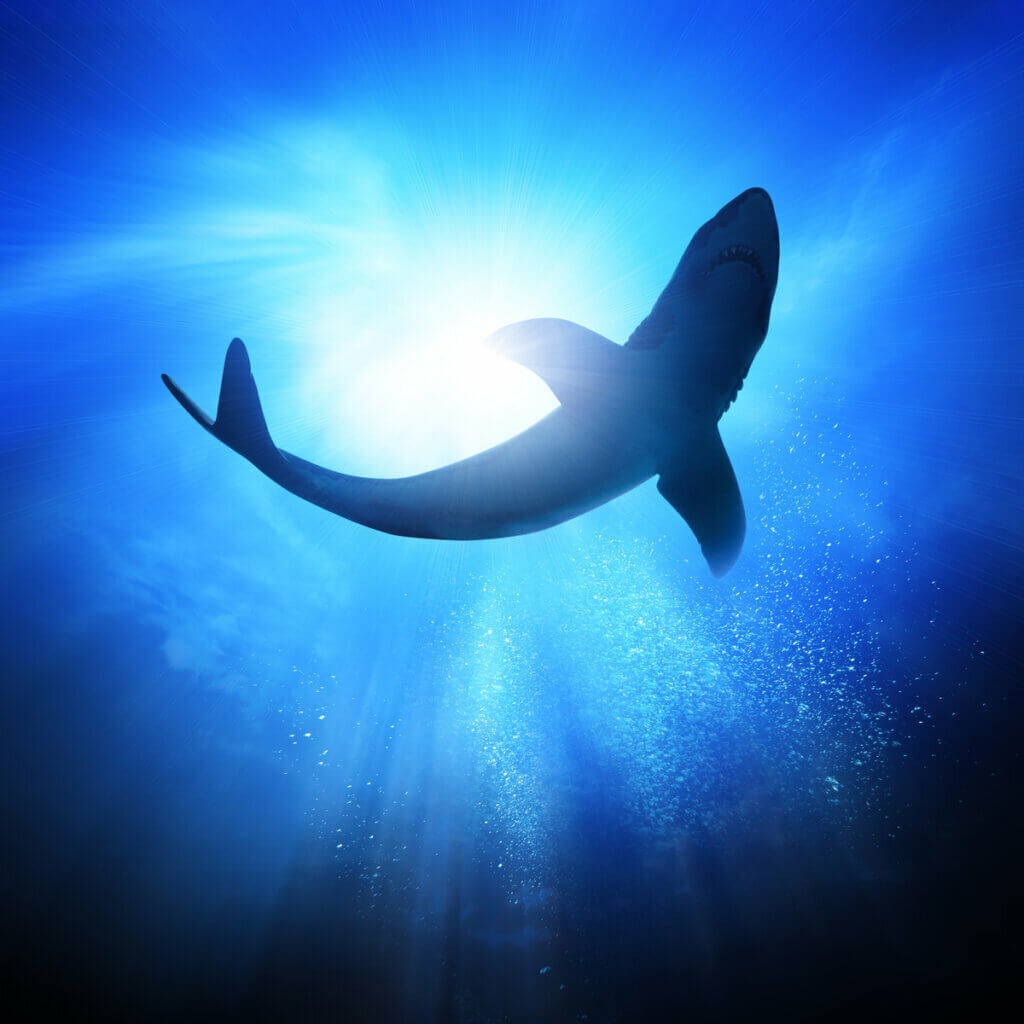 The prickly shark (Echinorhinus cookei) belongs to the family Echinorhinidae, along with the bramble shark (Echinorhinus brucus). There’s very little data on the species because, as with many other animals that live in the ocean depths, they’re very difficult to see and study.

It’s unknown how many individuals remain, if they’re in danger, or if they’re abundant. Even so, the New Zealand Department of Conservation recently classified the species as “at risk”. In the following paragraphs, we’ll provide all the available data so you can get to know this deep-sea shark.

Physical characteristics of the prickly shark

The prickly shark doesn’t have the (what some would call) scary appearance of most sharks. This animal has a soft, stubby, cylindrical body. One of its most defining characteristics is its spine-shaped scales.

Its head is flat and short, with a pointed nose. Its nostrils are very separated and over them hangs a small piece of skin. The eyes, unlike other sharks, lack nictitating membranes for protection and cleanliness.

These animals have a very marked lateral line (a sensitive organ of the fish) that runs all over the body. An adult specimen can reach more than 13 feet, with a dark brown or gray color and black margins on the fins. The individual with the greatest known weight is a female about 10 feet long that weighs almost 660 pounds.

Where does the Echinorhinus cookei live?

Although not very uniformly, the prickly shark lives throughout the Pacific Ocean. Individuals have been found in waters off Japan, Australia, and New Zealand, as well as Hawaii and the United States.

It’s a fish that inhabits the depths of the ocean, where specimens have been recorded up to 3600 feet deep. In addition, these sharks are vertical migrants. This means that, every night, they emerge to the sea surface.

Normally, these sharks stay at about 660 to 1080 feet from the water’s surface, but animals have been recorded at only 13 feet deep. This fact has facilitated the study of the species, at least on some specific occasions.

How do these sharks feed?

It’s unknown for sure what the hunting strategy of the black shark is or what its prey is. Because of the size of its mouth, shape, and throat structure, it’s likely that this animal captures its prey through suction.

Being slow-swimming animals that are active during the night, together with a sucking hunting technique, would allow this shark to hunt large fish, such as tilapia, cod, other small sharks, giant squid and octopus, or stonefish.

Possible threats from the prickly shark

According to reports from divers, this animal is practically harmless to humans. If a person gets too close and tries to touch it, the shark will either let itself be petted or run away quickly.

Humans are uninterested in the prickly shark, as it doesn’t eat or pose a threat to other animal species that are consumed by humans. At the same time, it’s rarely caught accidentally in trawl nets. In the past, it was thought that the opposite was true, but it’s actually the bramble shark that suffers this misfortune.

The main threat to this species lies in its lack of migration. Prickly sharks spend all their lives in the same place, as they only go up or down in the water column. Such a small range can foster long-term extinction events.

This could mean a depletion of their food resources, since these sharks are present in human fishing areas. If they don’t move to other locations, anthropic pressure could cause damage to their populations.

The Secret of Glow-in-the-Dark Sharks
Bioluminescence, the secret of glow-in-the-dark sharks, is an evolutionary phenomenon that often occurs in marine species. Read more »
Link copied!
Interesting Articles
Fish
Description and Purpose of the Swim Bladder in Fish