Everything You Wanted to Know About Fireflies

These enchanting insects are characterized by their ability to light up. Find out more everything you want to know about fireflies--or lightning bugs--in the article to follow. 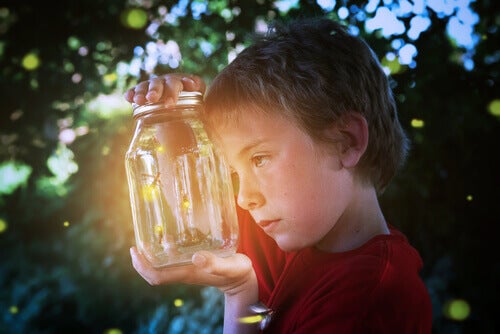 Nature is constantly surprising us with its wonders. And, without a doubt, one of the most magical creatures in nature is the firefly. This insect is known for the lighting up of its abdomen, a phenomenon known as bioluminescence. Unfortunately, it’s in danger of extinction, thanks to pollution, excess light in cities, and the destruction of their habitat. Today, we’ll tell you all you wanted to know about fireflies.

Fireflies belong to the Coleoptera order, along with beetles, and to the Lampyridae family. This family consists of great biodiversity, including nearly 2000 known species. They exist all over the world, in many different countries, with different names. That being said, lightning bugs are especially abundant in warm, humid forest ecosystems in Asia and America.

Depending on the region, these insects go by a number of different names… Fireflies, lightning bugs, glowworms, etc.

How do fireflies produce their light

If there’s one thing that we all know about fireflies, it’s that their bellies light up. But do you know why? In the lower part of the abdomens of fireflies, they produce a substance–luciferin–through which the enzyme luciferase is oxidized at will.

The compound adenosine triphosphate also plays a role in the process. Fireflies use bioluminescence to court potential partners in order to mate.

You can generally observe these insects at night as they shine their itinerant lights among vegetation. And if you have the chance to see one up close, you’ll notice that their light is somewhat green in color. What’s more, their light happens to be cold light, as opposed to the solar and artificial lights we’re so used to.

The historical myths about fireflies

Over the course of history, many myths have arisen regarding the existence of fireflies. Some have believed that they’re spirits that roam around certain parts. Others have said that they’re entities from other dimensions or metaphysical entities. And others have pointed to them as divine messengers. These enchanting insects share the same symbology as light and its correlation with goodness and love.

What’s true is that, given the magical ability of these tiny insects to produce light, they’ve never gone unnoticed by human beings.

Practical human applications of the bioluminescence of fireflies

Fireflies can be a source of natural light as long as their environment is compatible with their biology. The most common use would be to illuminate yards and gardens. However, we shouldn’t deprive these insects of their biological needs, as they could die off.

Many current studies on biotechnology aim to achieve illumination by means of different organisms that can produce natural light. But, these initiatives have produces some controversy in regard to ethics, as it implies the manipulation of living beings… no matter how tiny they are.

However, if scientists manage to replicate their bioluminescent process, they’ll obtain clean energy that doesn’t produce heat or toxic waste. What’s more, generating it wouldn’t require any other source of energy.

Among the numerous uses that researchers are looking at when it comes to biological light are the following:

The current population of fireflies

Impressive choreographies of clouds of fireflies in Asia and Tennessee are a beautiful nocturnal sight as well as a tourist attraction. Experts believe their coordination has to do with some means of communication between them.

Unfortunately, there are fewer fireflies today than there were in the past. In fact, they’re currently at risk of extinction. This is because they’re sensitive to contamination, environmental predation, and the excessive artificial illumination of urban areas.

Right now, this is one of the most important things to know about fireflies. And that means we need to protect these luminous wonders and put a stop to the invasion of their natural temples. That way, we’ll be able to continue enjoying their amazing qualities.

Ladybird Beetle – Characteristics and Behavior
When we think of a ladybird beetle, we envision an insect with a blackhead and a red back with its characteristic black spots. Read more »
Link copied!
Interesting Articles
Invertebrates
The Cricket: Is It a Pest or Good Luck?