How to Overcome the Fear of Spiders

You must already know there's a disorder called arachnophobia, we describe it as the irrational fear of spiders. Luckily there are some guidelines you can follow to overcome it. 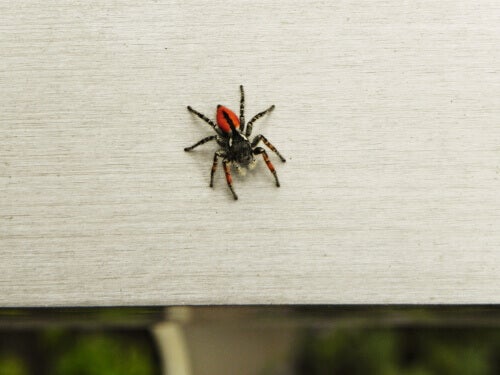 Arachnids are fascinating creatures and come in all sorts of shapes and sizes. Their impressive hunting habits and behavior continue to fascinate many of us on a daily basis. Unfortunately, many people suffer from a condition called arachnophobia. This irrational fear of spiders is widespread and this is why we’d like to tell you how to overcome it.

We must emphasize that the author of this article has no psychology credentials. So consult a professional if you’re facing a severe phobia.

These cuties are a class of chelicerate arthropods that comprise much more than the typical eight-legged spiders. The group comprises true spiders, tarantulas, ticks, vinegaroons, and amblypygids, among others. They all share some characteristics despite their different shapes:

Despite the fear spiders instill in you, are you ever curious about them? Whatever your answer may be, let’s look at ways to overcome arachnophobia.

How to overcome the fear of spiders

First of all, let’s mention there’s a difference between fear and phobia. Being afraid of arachnids is relatively normal as it’s an evolutionary mechanism. Humans innately fear animals that are different and spiders and tarantulas are a far departure from humans in terms of looks.

Secondly, phobias appear with serious symptoms such as sweating, nausea, anxiety attacks, tachycardia, and even paralysis when exposed to something a person is phobic about — a spider in this case. Thus, it’s always a good idea to consult a psychologist who can help you before it becomes more severe.

In any case, there’s always this little trick you can do on your own. It’ll surely help you overcome an irrational fear of arachnids. Continue reading to find out what it is.

This kind of therapy is basically about ending avoidance behavior. Innately, human beings flee from anything that generates negative feelings in them. This happens even when there are no spiders in the same room. A mere picture or a drawing of a spider can make a person squeamish.

Thus, the momentary solution for a person who wants to avoid stress and anxiety is to simply move away from the focus of the problem. However, the fear may increase over time and will only worsen the already negative reaction.

Exposure therapy tries to completely break the above dynamic. That is, you must confront your fear in order to overcome it. This doesn’t mean that a person with a fear of spiders should jump into a pool full of them. However, it does mean they should gradually learn to be around them.

How to do it

You can follow certain steps in order to get used to them. It merely requires time and patience.

Overcoming your fear of spiders should be a source of pride

Indeed, overcoming arachnophobia can only be a positive thing. This is because you’ll learn to appreciate one of the most fascinating invertebrates in the animal world. Finally, spiders are great to have around as they feed on mosquitoes and other insects that transmit diseases.

The Most Adorable Spiders in the Animal Kingdom
Salticids are small, adorable spiders that love to jump. Today, we'll take a close look at some of their most peculiar characteristics. Read more »
Link copied!
Interesting Articles
Invertebrates
The Secrets Behind How Worms Communicate