The Secrets Behind How Worms Communicate

If you think that communicating is something that only higher species do, today's article will surprise you. Multiple investigations have described how worms communicate. 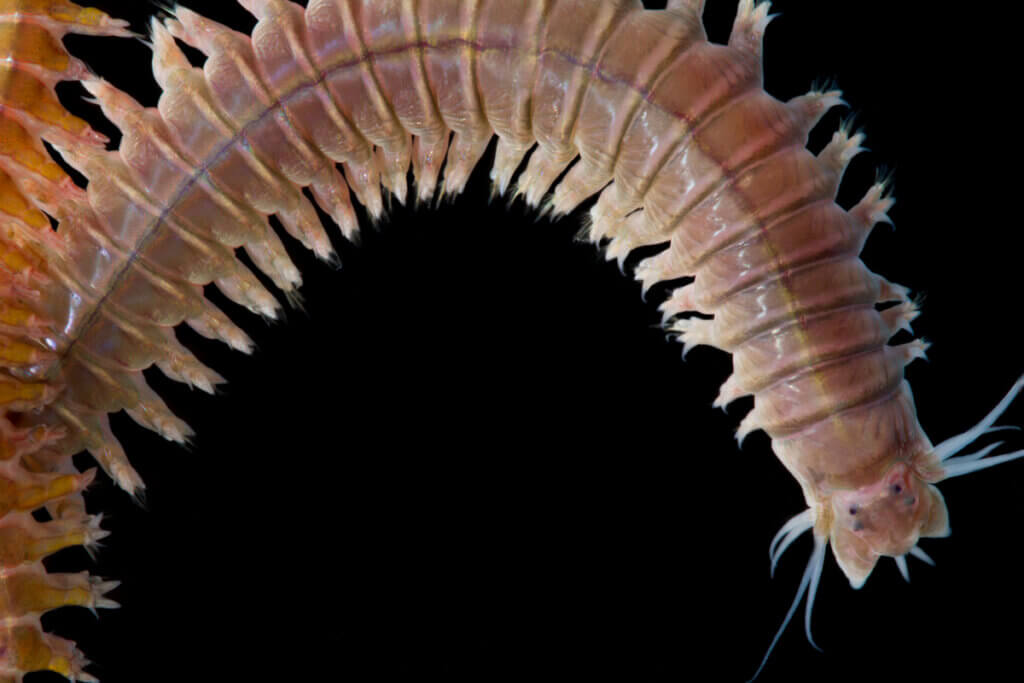 Little by little, we’re realizing that the differences between humans and animals aren’t as great as we previously thought. We know this mainly thanks to the study of animal communication. But do you think that communication is exclusive to living beings with a complex mind? Have you ever wondered, for example, how worms communicate?

In the following paragraphs, we’ll tell you about some forms of communication that these invertebrates utilize. You’ll be surprised to learn how effective nonverbal language is in the animal world.

It seems like a very simple question, but the word “worm” is very general and is one that we use colloquially. What we normally understand as a worm is an elongated creature that crawls, with a soft body and no limbs (or very small limbs). In taxonomic terms, we can distinguish between three groups:

To focus on some species, we’ll talk about some concrete examples of communication within these taxa, as worm species are almost innumerable. The information below will spark an interesting conversation, to say the least.

How do worms communicate?

On a general level, these invertebrates communicate through pheromones and by touch. However, what will really surprise you is what happens with this communication. Here are two examples.

1. Earthworms that are guided by rubbing

These are habitual dwellers of damp places and descendants of aquatic earthworms, and you usually find them underground. There, they feed on living and dead organic matter. Therefore, worms have adapted to both aquatic environments – they breathe through their skin and resort to quiescence to avoid drying out – as well as terrestrial environments.

A few years ago, a group of scientists observed during experiments that earthworms tended to group together to go to the surface of the substrate. The same was true in the laboratory as well. What’s more, they usually chose the route that led them to food. But how did they do it?

The answer, the researchers discovered, had to do with touch. More specifically, through contact with other individuals. The earthworms guided one another to the places we mentioned above. This, in addition to the communicative factor, had a protective function, as they often grouped together to form a sphere.

At the same time, worms secrete antibacterial fluids that protect them from infectious agents. Therefore, contact between them would add more of these fluids, an event that further increases the protective factor. This was the first time that humans observed social behavior in worms of this type.

2. Caenorhabditis elegans, the nematode that opened the doors of communication in its phylum

When Frank C. Schroeder and his team discovered that this species of nematode worms communicates through chemical signals, they couldn’t believe their eyes. This form of communication turned out to be very complex, where different combinations of chemicals formed something like a syntaxis.

From this, another question arose. Is this what communication is like in nematode worms? Paul Sternberg wondered whether this could be applied to the entire phylum of nematodes, and you’ll be surprised. It’s possible that all nematodes secrete molecules that, in combination with others, act as words. This is a kind of universal language.

As you may have noticed, communication, including social behavior, is less and less exclusive to the most evolutionarily complex animals.

Findings like these open a lot of doors, not only to understanding how worms communicate, but also to developing more sustainable medical and biological techniques to control certain invertebrate plagues.

The Amazing Way Silkworms Work
Have you ever wondered how silk is made? Today, we'll tell you all about how silkworms work to produce this precious thread. Read more »

Link copied!
Interesting Articles
Invertebrates
The Life of the Snail - Carrying Its House on Its Back