Learn about some Amazing Tundra Animals

The Tundra is an ecosystem located at the North Pole. It surrounds the Arctic Circle and is the coldest biome (regions of this planet where plants, animals, insects and people live in a particular type of environment) of all on Earth. 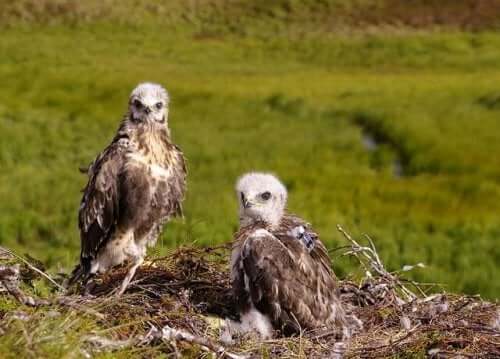 On our planet, there are places still unknown to us, along with their flora and fauna. This is the case with the Tundras and tundra animals. Would you like to know which animals live there? Well, here we’ll tell you everything you need to know!

What is the Tundra?

We can define the Tundra as a biome devoid of vegetation due to its climate, as they are areas extended by the north pole areas of the Earth. It’s a place where vegetation is virtually non-existent, as it’s beyond the regions where trees grow.

However, because of the cold and humid climate, the soil is filled with moss and lichens, and, even in some places, arctic willows grow. This happens thanks to its summers, which although short (they don’t last more than two months), are a lot less cold than its winters, although they rarely exceed 50°F.

It turns out that there isn’t much rainfall either, so the little vegetation that grows can stay alive and thus serve as food for the tundra animals.

Normally, tundras are filled with flat surfaces that have icy releases under them, which can reach an ice thickness that is between 1 and 3 feet deep. Therefore, it’s impossible for water to drain in these places and it stagnates forming lagoons and swamps, which provide the moisture needed for plants to survive.

Constant thaws form cracks in geometric shapes on the ground. Meanwhile, nodules and mounds form in the surface where ice doesn’t thaw or melts away. In addition, it’s also easy to find rocky landscapes with lichens, which allow a wide variety of animals to make their small habitats.

Due to the strange climate that exists in the Tundra, the animals that live there must be prepared to withstand extreme temperatures. Therefore, it’s possible to find species that we wouldn’t otherwise see anywhere else. Some of these include:

What else is in the tundras

In addition to these animals, other common species can be found in the tundra. Such animals are the white bear, the wolf, the falcon, and the owl. In the sea, we can find fish like salmon.

These beautiful animals all like it a little colder than most of us. However, this is what makes them perfect for living in the cold and frigid temperatures of the tundra! Despite its harsh and inhospitable climate, the tundra plays host to many different animals throughout the entire year.

While some animals may migrate during the winter months, they’ll return in the summer. This is because the biome of the tundra holds special resources that are necessary for the survival of their species.

In addition to the tundra fauna, we can also find some flora, formed mainly by grass and small shrubs. These can survive, and have adapted well, thanks to the moisture generated by the underground ice.

We had fun discovering more about the animal world that inhabits the tundras and we hope you did too!

Animals that Adapted to Extreme Cold
For some animals, low temperatures and snow are part of their normal lives. Up next, we'll tell you all about animals that adapted to extreme cold weather. Read more »
Link copied!
Interesting Articles
Wild Animals
5 Animals that Live in Grasslands