Discover the Little Known Aristocrats of the Animal Kingdom

We all know the lion, the tiger, and the leopard as some of the most important representatives of felines. But what other lesser-known species can we find among these aristocrats of the animal kingdom? 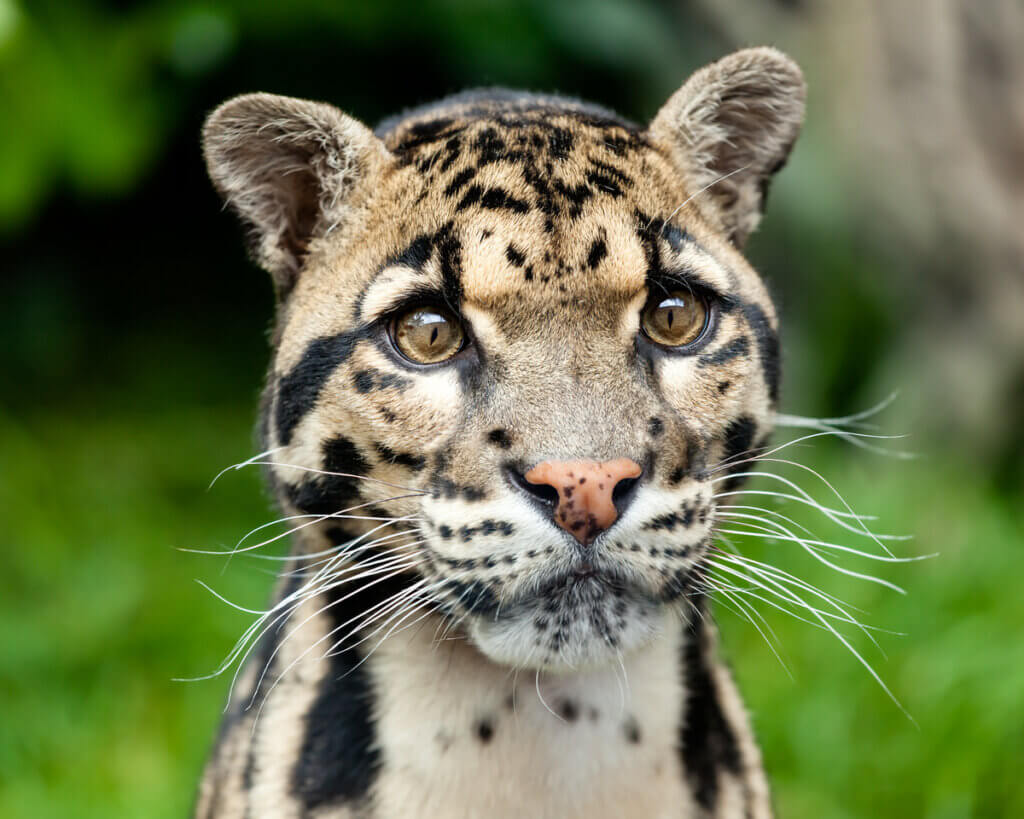 Many cultures recognize cats as the aristocrats of the animal kingdom. In addition to dominating many of the ecosystems they occupy, their agile, elegant, and harmonious bodies help them earn this title. And, as if that weren’t enough, they have a characteristic way of walking that gives them a certain majesty. Could that be why the lion is the king of the jungle?

The distribution of felines reaches a worldwide level thanks to the domestic cat. But the rest of the species prefer mountains, jungles, and deserts, moving away from civilization. Stay with us to discover some of these wild cats in the following paragraphs.

For generations, people have associated cats with numerous superstitions and legends. In ancient Egypt, cats were sacred animals, to such an extent that they mummified cats along with their owners to accompany them in their next lives.

Native civilizations recognized great American cats like the jaguar or the puma as incarnations of the gods. Their image has been used as a symbol of strength and power for generations. In fact, in Native American villages, only people with authority and importance wore the skins of these animals.

Some of the lesser-known aristocrats of the animal kingdom

When it comes to the aristocrats of the animal kingdom, it’s not all about panthers, lions, and jaguars. There are many wild cats that are little known but just as interesting. Here are a few of them.

Otocolobus manul lives in the steppes of Central Asia, at altitudes of up to 5,000 meters (@16,000 feet) above sea level. This is possible because its abundant fur protects it from excessive cold and wind.

Within the family Felidae, it’s one of the least similar to our concept of “aristocratic cats”. It has short legs, a chubby and stocky body, and a long and hairy black-ringed tail. However, its coat is very beautiful, with shades that vary from ash gray to reddish.

Catopuma badia is the endemic feline of the jungles of the island of Borneo. It’s small, reaching barely 2 feet (not counting its tail) and weighing close to three kilos.

Very few specimens have been observed by the human eye, which explains why so few of us have heard of it.

One of the strangest aristocrats of the animal kingdom: The Jaguarundi

The Herpailurus yagouaroundi is another little-known American cat. Despite what you may think, it has nothing to do with the jaguar. Except, of course, for the fact that they live in the same areas.

The tone of their skin is uniform, with three possible colors: black, leaden gray, or copper. By its shape and its movements, it looks more like a weasel than a feline.

It’s a poor climber and never ventures into forests that are too thick. In addition, it’s so shy that man has rarely been able to spot one. This surely explains why it never comes to mind when we think about the aristocrats of the animal kingdom.

But what sets this animal apart from its “cousins” in a major way is its love for water.

Neofelis nebula inhabits the tropical forests of Southeast Asia. It has arboreal habits, meaning it must be an excellent climber. And, thanks to its long tail that acts as a seesaw, you can see it moving nimbly through the branches.

The coat of this feline is full of large irregular spots that are brown inside and have black edges. This helps them hide among the leaves. As for their name, it refers to these spots, which resemble a cloudy sky.

The Formosan clouded panther is a subspecies that inhabited the island of Taiwan and has been considered extinct for decades. However, some have claimed to have spotted the species in recent times.

One of the greatest representatives: the ocelot

Leopardus pardalis is one of the largest cats in the Americas, measuring almost a meter and a half long (5 feet). Its coat is reddish-gray and is almost invisible among vegetation in the moonlight. This is a handy characteristic considering the ocelot is a nocturnal animal, like most members of its family.

Strong and ferocious, it easily kills animals much bigger or more dangerous than itself. For example, deer and boa constrictors.

Aristocrats of the animal kingdom in the Iberian Peninsula

The Iberian fauna is one of the richest and most diverse in all of Europe, and that includes wild felines. The Iberian lynx stands out, with all the struggles that its conservation has faced for decades. And also the wild cat, which is perhaps less emblematic, but just as majestic.