Learn the History of the Extinct Mastodon

These enormous animals lived on the planet 20 million years ago, up to their more recent extinction. Learn more about the mastodon in this article! 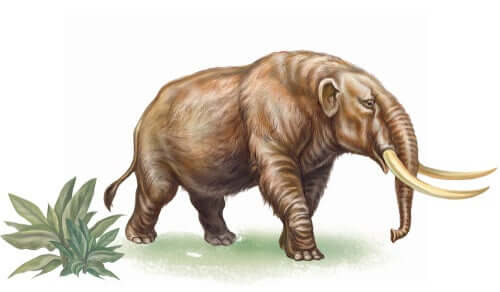 About 20 million years ago, according to experts, a distant relative of modern elephants was walking the earth. They’re easy to mix up with mammoths, but the now-extinct mastodon is definitely not the same animal. Keep reading to learn everything there is to know about these giants!

The evolutionary history of the extinct mastodon

The only way we have of learning more about these animals and their distant origins are the fossils they’ve left behind. Based on the fossils we’ve found so far, scientists estimate that mastodons appeared about 20-27 million years ago, during the Oligocene period. That makes them far older than mammoths, the classic prehistoric giants.

The first areas with traces of these animals correspond with the area of the world we now call Eurasia. In other words, the entire supercontinent of Europe and Asia. After that, our fossil evidence shows that they migrated out to both Africa and the Americas.

Scientists believe that the now-extinct mastodon lived in those areas for the entire Pleistocene period (2.5 million years ago), and part of the Holocene, which is our current period of geological time.

When, and how did it become extinct?

There’s still not total agreement in the scientific community as to their extinction. There’s a consensus as to when: 8,000-10,000 years ago, during the last ice age. It’s the how that we still aren’t sure about.

The original thinking was that human hunting was one of the main causes of their disappearance. However, more recent research has led to the idea that the mastodon was already in the process of becoming extinct in some parts of the Arctic, before our ancestors were even around.

There could also be lots of other potential factors that played a part in the mastodon becoming extinct. One of the big ones is climate change, which would have meant a major reduction in their habitat. Some recent studies even say tuberculosis may have played a big role in their extinction.

The name alone makes it sound like a gigantic animal. That being said, and despite their large size (6.5-13 feet tall, and six tons heavy), they were actually slightly smaller than mammoths.

If anything, they looked more like modern elephants. It’s important to remember that mastodons and mammoths are different species, though they both belong to the Proboscidea family.

Mastodons had a thick, double layer of fur, which they needed to survive the freezing temperatures of their habitat. Their heads were flatter than mammoth heads, and they had two long, curved tusks on their upper jaws. Their legs were also longer and stockier than a mammoth’s.

The main difference, though, is in their diet, and, therefore, their teeth. Both of these species were herbivores, but they had very different ways of eating. Mammoths had simple molars, very similar to the elephants we see nowadays. Those were perfect for eating grass and leaves.

Mastodons, on the other hand, had teeth with a pointy edge. Along with their tusks, this allowed them to pull down branches and chip away at tree bark, which they could then eat.

That’s what we know about mastodons right now, but you never know when a new fossil could be discovered, completely changing our perspective on their origins or biology. 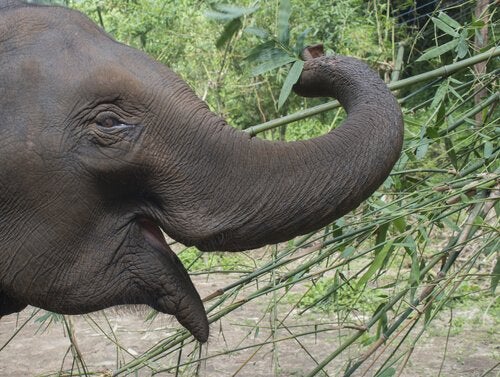 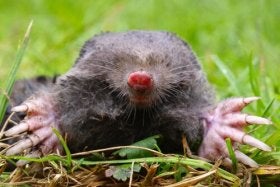 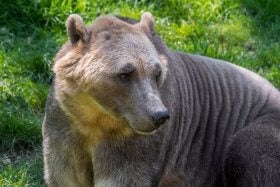 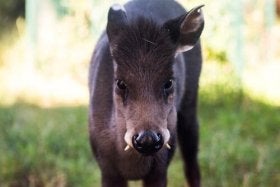 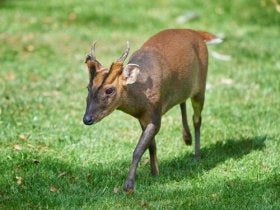 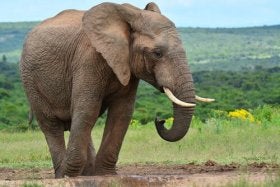 Mammals
The Intelligence of Elephants: How Smart Are They?

You must have heard the expression “the memory of an elephant.” Well, what may have just seemed like a saying… 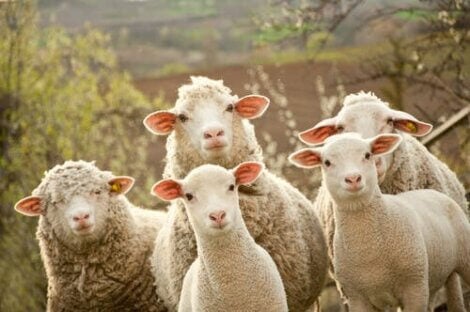