Walrus Species: A Look at Some Biological Subspecies

The diversity of walrus species is currently under discussion due to the advancement of molecular biology. 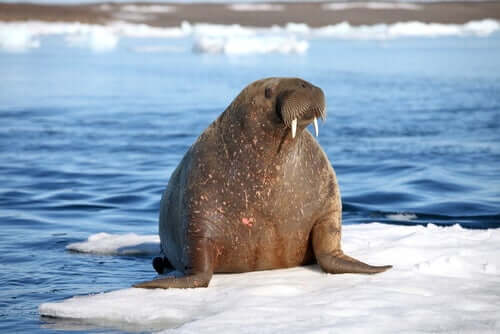 The walrus species has three subspecies: the Atlantic walrus, the Pacific walrus, and the Laptev walrus. Their main differences are the size they reach in adulthood and the places they live in.

However, recent studies of this animal’s mitochondrial DNA revealed that only the last two are valid subspecies: the Laptev walrus and the Pacific walrus

Walruses are marine mammals that belong to the Pinniped superfamily. You can identify the members of this group by their fins and their spindle-shaped husky body.

These are the only animals that have long fangs within their group. Both male and female. They have a built-in “mechanism” to move around the ice, and they use it during any infighting as well, and to defend themselves from predators such as polar bears and killer whales.

This animal’s fangs can reach at least 3 feet in length and weigh more than 24 pounds in large specimens.

This subspecies of walrus lives around the Arctic and subarctic. From the seas of Baring and Chukchi to near the Beaufort Sea and the Laptev Sea, which is where another subspecies lives.

The Pacific walruses usually remain on the continental shelf and rarely enter deep waters. They swim from one ice floe to another or to nearby islands, where they can rest under the sun.

These are the largest of the subspecies of walrus. The males can reach about 12 feet in length and weigh between 1900 and 3650 pounds. The females are somewhat smaller, they reach ten feet and weigh between 882 and 2756 pounds.

Newborns are about half of the length of their mother and often weigh between 99 and 170 pounds. The fact they’re born with this weight and size allows them to live in extremely cold temperatures.

The Atlantic walrus inhabits the area from the coasts of Canada to the Kara Sea, north of Siberia. In the past, this subspecies of walrus could also live in the northwest of the North Atlantic, south of the Gulf of San Lorenzo. However, the population became extinct due to excessive hunting.

When fully developed, the Atlantic walrus is somewhat smaller and not as heavy as the Pacific walrus. Their newborns are about the same size but the lower weight limit is about 73 pounds.

There’s little data about the number of specimens of this subspecies of walrus. But estimates say it’s less than 25,000 adult individuals.

Nobody knows about their inclinations. However, there is currently a rapid thawing of the areas where these walruses live. This affects them because ice is their ecosystem and they can’t live without it.

This walrus subspecies lives exclusively in the Laptev Sea, on the eastern coast of Siberia –hence its name. Even though they seemingly have different ecological parameters to the Pacific walrus, mitochondrial and morphological studies indicate that it’s not a different subspecies.

The size of the body and the fangs of the members of this group isn’t significantly different from those of the Pacific walrus. Therefore, according to researchers at the Natural History Museum in Oslo, determining that this is another subspecies solely based on their living in a specific area, isn’t good science.

Even though there’s little information available on walruses, it’s clear that the acceleration of climate change is also affecting them.

The walrus also plays an important role in the religion and folklore of the Arctic people, and their skin and bone are used in some ceremonies. The animal also appears frequently in their legends. Unfortunately, in spite of their low numbers, humans haven’t stopped killing them for their ivory and fangs. Perhaps someday they’ll realize how valuable to the ecosystem they are on their own. 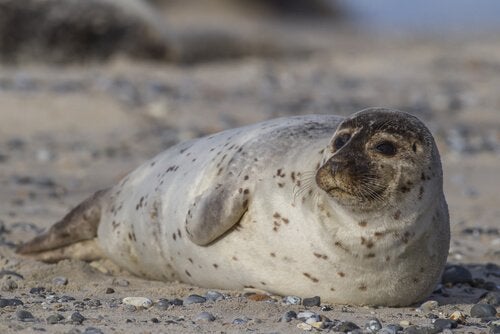 Characteristics of the Harbor Seal
Despite its awkwardness on land, the body of a harbor seal is naturally designed for swimming. It's also known as "common seal". Read more » 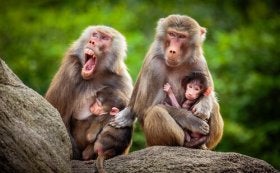 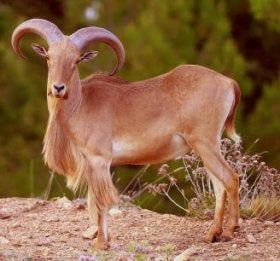 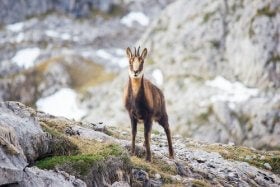