Places to See Dinosaurs: 5 of the Best

We've compiled a list of some of the best places to see dinosaurs around the world, from Europe to Asia, and across the Americas. Check it out! 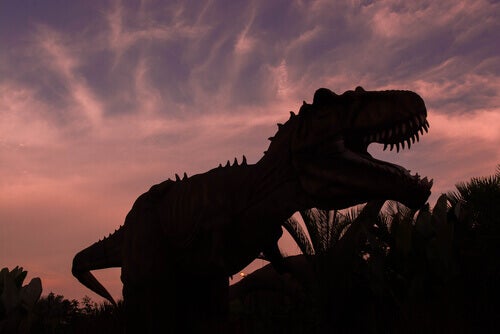 How the dinosaurs lived and, more than anything, how they became extinct remains a mystery. Did you know you can see dinosaurs in more than just museums? That’s right, there are places to see dinosaurs and learn about them where they once lived. Plan a visit for an unforgettable trip with the kids!

Where can I see dinosaurs?

There are places to see dinosaurs in almost every part of the world. If your children or nieces and nephews can’t get enough of these giants that once roamed the world, be sure to plan a trip to these places:

Located in Teruel, Spain, Dinópolis is the largest dinosaur park in Europe. It’s set up so visitors can travel back in time to the Jurassic period and learn through play. Additionally, Dinópolis has many attractions like themed tours, 3D and 4D simulations, and other spectacles like the Tyrannosaurus Rex show that boasts a sophisticated animatronic T-Rex.

What’s more, this paleontological park is home to over 500 fossils originally found in the same province in Spain. Without a doubt, the star of the park is the Turiasaurus riodevensis, the largest fossil uncovered on the continent.

This museum is located in the Patagonia region of Argentina. As soon as you walk through the door, you step into the Jurassic era. Visitors of Egidio Fergulio can learn about what our planet was like at that time, more specifically how South America and Africa were connected, during the age of the dinosaurs.

Sauropods – giant herbivores nearly 65 feet in height – lived near what’s known today as Bariloche, a city in southern Argentina. Moreover, Paleontologists found Sauropod fossils in the city of Trelew, one of the best destinations in the world to track dinos and other Mesozoic animals.

In the 1980s, paleontologists excavated the area about 4.5 miles northeast from downtown Zigong and found a large number of dinosaur fossils, including ones named after the township, Dashanpusaurus, meaning “Dashanpu lizard.” In fact, the fossil was so well preserved that it attracted paleontologists from around the world.

The museum was inaugurated in 1987 and was the first of its kind in all of Asia. Visitors can observe incredible displays of the Xiaosaurus, Gigantspinosaurus, and the Omeisaurus, a dinosaur measuring around 50 feet long. The Gigantspinosaurus lived over 160 million years ago in the Shaanxi region and can still be seen today in the exact place the skeleton was uncovered.

India’s Jurassic Park, called Indroda Park, is located on the Sabarmati river in the city of Gandhinagar in western India. This hybrid museum-park has the world’s second-largest collection of fossilized eggs, all of which belong to the late Cretaceous period.

The oldest eggs are no younger than 65 million years old and, thanks to studies of these fossils, we know quite a bit about the dinosaur species that inhabited the area. Likewise, some of these species found in the region are Megalosaurus, Titanosaurus, Iguanodon, and the famous Tyrannosaurus Rex.

Finally, to top off our list of some of the top places to see dinosaurs, we travel the Paluxy River in Texas. Here, you can find very clear and well-preserved footprints of therapods, 30-foot tall giants that inhabited the entire valley in this region of the United States.

Other inhabitants of this region were the Sauropods that left footprints of over three feet long! All across the Dinosaur Valley, you can see real-life footprints from the ancient creatures that lived here.

Be sure to visit this area during the summer when the river is low and the footprints are visible. However, we should warn you that it’s hot during this time of year and there’ll be a lot of people. In order to beat the crowds, we recommend going in May so you can be one of the first visitors of the season.

The Tuatara: A Survivor from the Dinosaur Era
A native of New Zealand, the tuatara is a reptile belonging to the order Rhynocephalia. Its ancestors date back to the Triassic period. Read more »
Link copied!
Interesting Articles
Wild Animals
How Do Animals Protect Themselves from the Cold?